More
HomeOpinionsA letter from myself in 2030
Opinions
Updated: 7 November 2020 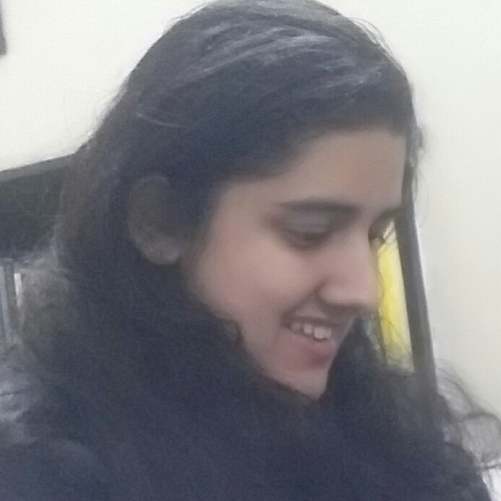 ps29
Prakarati Singh has a degree in Health Psychology from the University of Hyderabad with a diploma in Counselling Guidance from IIS University, Jaipur. She has been trained as a school counselor and counselor for palliative care. After her rendezvous with depression, losing her grandmother, she decided to write and share her work. Presently, her work is published in Indian Periodical and was awarded the praiseworthy essay on travel in International Essay Competition by Monomousumi. Her selected Poems have been approved by the Sahitya Academy of Letters for Dec 2020.

It’s 2030, find a way to acknowledge the last 10 years the good, the bad, and the ugly. You don’t believe it right, I recommend pinching yourself because of its reality. The time has passed but the world has shifted for good it has turned a new leaf. During the time of uncertainty, what the world realized was to have a good look at the foundation of our social-political system, healthcare, education, trade, migrant and refugee issues, etc. A virus taught us about the challenge that nature gives us, has to be respected to overcome, we need to adjust ourselves. Spoiler alert there is no flying cars yet, though Elon Musk drives one.

The future is very unpredictable, your present defines it. The point from where I am writing today will be different from what was yesterday or will be tomorrow. The ideal world for me would be the eradication of poverty, a better healthcare system with a better-needed ratio of population to doctors and hospital beds, overcoming the burden of gender disparity, and the issue of terrorism. Will it not be great where society does not judge you by race and nationality? Yes, it sounds good, but to reach there it will have to take a journey longer than 10 years. But don’t be sad that nothing has changed as it does not happen in a day it happens with time.

You will be glad to know things have been changing.

-conflict no longer is with State or terror act committed by the non-state actors, which sadly say, has reduced the number of causalities but has increased the victims of cyber warfare. But the future takes into account not only to find a way to eradicate the roots for non-state actors but find the solution to protect the youth by focusing on education, promoting businesses, etc.

–           Elderly care- “Co-housing”, a small group of seniors can live in an independent home together, share meals and housekeeping duties, and perhaps have a younger house manager on hand for assistance, where needed.

–           Major change the world has seen is, imbibe the ways of sustainable living. Few examples

•No longer expensive to build a green building than it is to build a conventional building.

We are already investing in electric cars, micro-irrigation, green buildings, waste-to-energy technologies, renewable energy, and alternatives that you and I will need if we want to live a low-carbon lifestyle. Moving towards alternatives suggests a shift in the perception of “native” actions or products in favor of better ones.

As you might be thinking very curiously for me to write about you in the future. So you have made a lot of lifestyle changes from a night owl to a member of the 5 AM club and you will be glad to know meditation has now become a part of your life. I know you are trying to make a career shift from Psychology to Diplomacy which has been a hard road for you. But our hardships define us. Just trust in the process of preparation to holding onto your goal and going after it.

Your role is vital, working across borders not only to fight for the rights of your own people but humanity at large. The fight for equitable society and human rights for people in war-torn countries and working for women and children is your agenda. Your choice of the cause comes from personal experiences around, where the strong limits the weak and feels alright to take away the dream of the future and leave the person slowly dying.

The changes are a long walk and 2030 is an era of a new beginning and change of world order to a better future. In the end, I would quote Dumbeldore “to fight and fight again, and keep fighting, for only then could evil be kept at bay, though never quite eradicated”

ps29
Prakarati Singh has a degree in Health Psychology from the University of Hyderabad with a diploma in Counselling Guidance from IIS University, Jaipur. She has been trained as a school counselor and counselor for palliative care. After her rendezvous with depression, losing her grandmother, she decided to write and share her work. Presently, her work is published in Indian Periodical and was awarded the praiseworthy essay on travel in International Essay Competition by Monomousumi. Her selected Poems have been approved by the Sahitya Academy of Letters for Dec 2020.