Breaking free from the chains of Islam 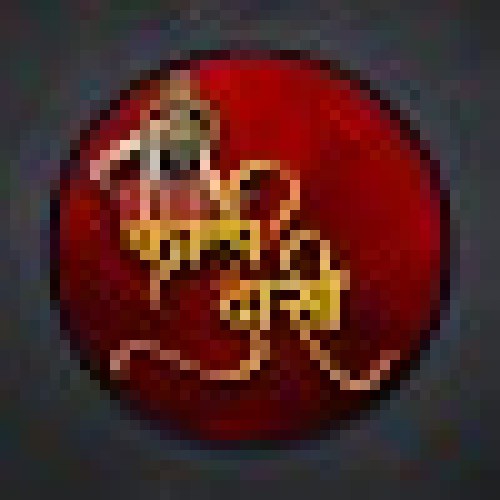 She was always the girl who was given many a labels – a traitor, a deserter, a defector, a woman who has sinned. It is but natural for a Muslim girl hailing from an orthodox Muslim family who had embraced the freedom of Sanatana Dharma to earn these accolades for Islam forbids worshipping anyone other than Allah. But Sarah was guided by her Goddess and fuelled by her own desire to break from the chains of Islam and has now set out on a quest is to achieve complete physical, mental and spiritual freedom.

Sarah Khan was born in Kolkata, India in the year 1988. Sarah was raised in a traditional Islamic family that was highly influenced by the tenets of Islam. She was force fed non-vegetarian food even though she was averse to it. She was even beaten for not eating non-vegetarian. However efforts to tame her only ended in vain. Growing up in such a toxic environment could not really change Sarah from being and outcast and a misfit.

Sarah grew up to be a bright student in her school. As time passed, she realized that she was different from others in terms of her intuitive skills and creativity. Since school days she had been good with writing and creative arts. It was recognized by the principal of her school and was even awarded for her talents as the best writer and speaker. She grew up with a liberal mindset and wanted to advocate and support equal female rights in Islam. Her feminism and approach to life brought a lot of criticism and adversities. She was destined to be a rebel and nothing could stop her from practicing what she felt right.

But she had a price to pay for this. She was abandoned by her very own family.

Her father was frustrated with her approach towards life as a Muslim girl. His religion blinded his eyes. Her father subjected her to religious oppression and never allowed her to be the way she wanted to be. Sarah was a victim of her own religion.

With the growing awareness in Sarah, she decided to move out of her family and pursue her dreams. Moving out of the family was a great deal, as her fellow friends and relatives suspected her intent and integrity. They deemed her to be a fatal disaster.

But Sarah went on to complete her college and moved to Hong Kong to pursue a career in beauty and cosmetology. During her stay in Hong Kong she learnt a lot about spirituality. The serenity of Sanatan Dharma always fascinated Sarah. As time passed, she went through the process of self-realization. Her spiritual awakening led her to break away from the shackles of Islam. She transformed into a spiritual person and became a firm believer of Karma.

After her studies in Hong Kong she returned to India and stared working at a beauty studio in Kolkata. Everything seemed to go well until things went haywire.

Sarah lost her mother in the year 2006 in a car accident. That incident shattered her for her  mother was the only person who loved her dearly, and had been a source of inspiration. But the spiritual knowledge she gained through her encounter with Sanatana Dharma expanded her horizons and helped her cope with the loss.

With time healing her, things seemed to change for the better. She fell in love with a friend of hers who was a Muslim. Within a few months they decided to settle down got married. Everything looked rosey and a few months passed by. Sarah assumed this could possibly be her new start after her mother’s death. But she was in for a meltdown when she saw her man in bed with another woman, in her absence.

When she confronted her husband, she was told “we men can bed as many women we like.” He even justified saying that Islam allowed to have multiple woman partners for “pleasure and satisfaction” and that the woman has to understand a man’s needs in the absence of his woman. To add fuel to the fire, Sarah her ex mother in-law said that women should always compromise and understand the nature of a man. “A man is a lustful being since Islamic history. The key to a happy family is to over look the man’s deed and continue with other household chores. Even our prophets had many wives, so why can’t men have many wives now.” Disgusted, she divorced him to overcome her mental misery and stress.

Sarah was once again left in the lurch in this vast world. Such incidents either ruins or builds a woman. She had learnt her lessons. She realized that it was the ignorance and the lack of true knowledge that made women like to fall prey to Islamic men.

Meanwhile, she started reading about other religions to understand why the phenomenon of exploitation of woman in the name of religion. In this quest, she realized that Hinduism is the religion that respects both male and female equally. The pre-historic roots of Hinduism also show that woman had equally played an important role in the Hindu religion. The endless list of Goddesses like Lakshmi, Saraswati, Durga and Kali were all divine form of feminine entities who banished evil. Having such a past and a history to look up to, Hinduism she felt respects every feminine being, be it in history or in the present times.

Sarah realized and felt a strong urge towards the Goddess Kali. There had been endless acts of Kali destroying evil. She started relating herself to the new entity. Since then she made it as a mission in her life that she would create awareness and save gullible women from falling prey to such religious oppression in the name of love, marriage and Islam. Sarah says – “I was clueless and a misfit since childhood. I was exploited and supressed by my faith until l I started embracing the divine feminine within me and I could see things changing for the better. I see no religion as good or bad. It is the people who immerse in dogmatic beliefs that set a wrong precedent and Islam remains stuck in these dogmas.  Hinduism allowed me to explore the divinity in me. I have come to realize that I am just a small particle from the divine feminine form. Every woman is indeed divine. Goddess Kali has been my inspiration and the source of enlightenment. Henceforth I adore her and will live and swear by her name till the very last moment of my existence in earth, for I am nothing but her cosmic dust”.