More
HomeReportsWuhan crisis and its impact on the Asian region
Reports
Updated: 21 April 2020

Wuhan crisis and its impact on the Asian region 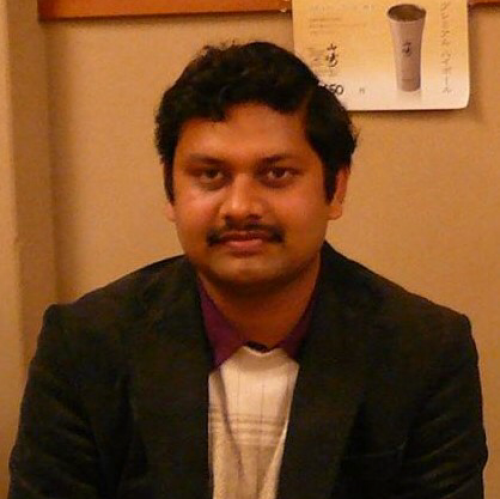 Dr. Kunwar Alkendra Pratap Singh
Dr. Kunwar Alkendra Pratap Singh is an Assistant Professor in Institute of Science, Banaras Hindu University. He is interested in Astrophysics and Strategic Affairs. Before joining BHU, he has worked in different capacities in Indian Institute of Astrophysics, Bangalore; Kyoto University, Japan; UM-Deptt. Of Atomic Energy Centre for Excellence in Basic Sciences, Mumbai. He is a Life Member of the Astronomical Society of India and an Associate Member of Astronomical Society of Japan.

The outbreak of new coronavirus has shaken the world. The new coronavirus borne disease is now known as COVID-2019. The epicenter of the epidemic is Wuhan, a modern city of People’s Republic of China (PRC). Wuhan is largest city in Hubei Province and it has developed infrastructure. The city hosts lot of student population, scientists and professionals as it is the hub of educational institutions and hi-tech industries, technological parks, high profile research centers.

The People Republic of China want to take the center stage in the world economy and it is going to have a substantial share in global gross domestic product by 2021. Since December, 2019 the virus outbreak has affected the entire world, mainly the Asian region. Countries like Japan, Singapore, Malaysia and Thailand are affected. The Indian government is vigilant on the entire issue and has kept a close watch on the dynamically evolving situation in the Asian region.

Even though the inner geopolitical situation in PRC is quite complex in nature, it has shown that no nation in the recent history has undergone such a major transformation in last 25 years. The demise of Mao Zedong and the rise of Ding Xiao Ping brought a dramatic change for Chinese leadership as well as in the Chinese people. Mr. Ding Xiao Ping initiated an open door policy for the Chinese economy that helped China to uplift its citizens from poverty into middleclass. By this, China has shown to the western world that it can offer Chinese dream to its million of people and that the rest of the world could be enlightened from the Chinese experience of economic growth. At present, the Chinese are involved in highly ambitious projects like One Belt One Road. Now, the Chinese leadership believes that no force can stop from achieving its goals of becoming the major global power. Probably, the Chinese can realize their dreams through aggressive moves in the Indian Ocean Region and South China Sea.

In order to build a strong economy, China believes in developing high end research and development facilities. In Wuhan, there is a proper biotech industrial base known as biolake in the Optics Valley of China, located in Wuhan East Lake High-tech Development Zone. There are six major bio-industry parks in biolake and the activities associated with the six major parks shows that there is a major thrust on the health and the life science sector but in order to get a long term success it equally important to address whole lot of ethical issues involved in bioresearches.

No one understands the drivers that led to such an epidemic in Wuhan. As a result, varieties of theories have started popping in the media and no one is entirely correct as those theories are mere possibilities. PRC has to maintain its progress and economic growth so that it can prove itself as a strong country, as strong as United States. History of China indicates that it is a land of upheaval after every 20 or 30 years and probably its bound to its cyclical history. Each and every upheaval paves a new path to China. Currently, China has the capabilities to overcome the Corona blaze nut no one knows with what rate it can bounce back. This uncertainty will develop into majoreconomic fallout or a black swan because the demand and supply chains from the Asian region would be affected substantially.

Amidst the developing scenario in China, the US President Trump’s visit to India was a big hope. While China is a major exporter of electrical machinery that also includes computers, cotton, tea, rice, potatoes and soybeans, the viral outbreak in China can slow down the exports. In this situation, there is a chance that the exports from Indian markets will boost up. There are several concerns. A major concern, however, is that a lot of Indian manufacturing and trade depends on the raw items that are imported on a regular basis from China. Therefore, the Indian side cannot encash the opportunity so easily. The regular dialogues and engagements between India and China are hampered and the visa rules are tightened by India. At the end, both India and China have to go through a tough phase on variety of issues till the effect of new coronavirus weakens substantially.

Dr. Kunwar Alkendra Pratap Singh
Dr. Kunwar Alkendra Pratap Singh is an Assistant Professor in Institute of Science, Banaras Hindu University. He is interested in Astrophysics and Strategic Affairs. Before joining BHU, he has worked in different capacities in Indian Institute of Astrophysics, Bangalore; Kyoto University, Japan; UM-Deptt. Of Atomic Energy Centre for Excellence in Basic Sciences, Mumbai. He is a Life Member of the Astronomical Society of India and an Associate Member of Astronomical Society of Japan.