Imbecility: Property of a pseudo-liberal millennial 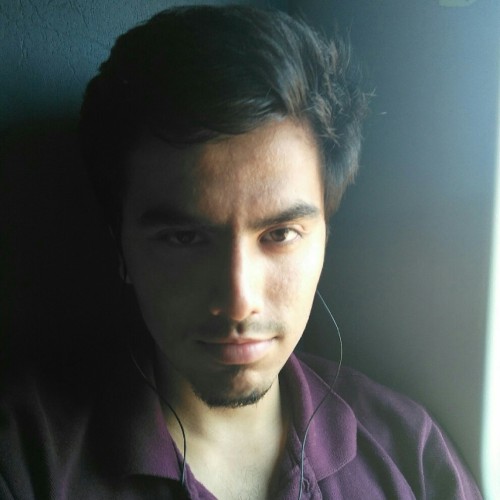 Dipankar Jugran
A mechanical engineer by profession. Writing my thoughts down for people to read. Giving my contribution to the fight against pseudo-liberalism and leftist propaganda.

Even in this apocalyptic time, I’m studying for my competitive examinations which are going to be conducted later this year if the world still remains. But sometimes studying all the time and thought of the world coming to an end stresses me out. So, to reduce the stress, I take the good’ol route of social media.

Meme creators may very well be the violin players on this sinking earth, giving people something to laugh about in these tiring times. But my pseudo-liberal friends with their Instagram stories are like pessimistic dimwits who just do fear-mongering and shouts ‘we’re all gonna die’ to create unrest in a perfectly controlled situation.

How these good students turned into pseudo-Liberal low IQed imbeciles is the story for another time. But regular ranting on social media by these millennials keeps me entertain whenever I’m not having my head inside a book.

One day I was talking to one of my self-acclaimed liberal friends, who I think doesn’t have an iota of understanding about what the basic definition of liberalism is. Anyway, it was not surprising as most of them don’t. She doesn’t shy away from branding you a Bhakt or a right-wing extremist if you try to feed some sense into her senseless mind.

After watching a whole day of ranting and over 50 Instagram stories of how workers are forced to walk home, how social distancing is a distant dream for some and how ‘Modi government could’ve handled the situation better’, I was not able to control myself from responding. On asking what did she suggest one must do if not a lockdown in this pandemic, not to my surprise, she had no answer to my question, all I got in return was just whataboutery and not a single ounce of constructive criticism.

This is the case of almost all the pseudo-liberal millennials who think they know everything but just fail to understand the basic requirement to be a liberal- ‘Brain’.

You need to understand the ideology before you start claiming yourself as its practitioner.

Analyzing these people what I deduced is that there are two kinds of pseudos millennials in our midst.

First are those who are the passouts of a left centric curriculum mostly comprising of the people from the arts background. The opinions they have are influenced by the leftist curriculum which they went through in college. These kinds of pseudos occasionally make sense in their criticism though it is very rare.

Now the second kind, I call them ‘Want to look cool’ pseudos. This type is more dangerous than the first one. These kinds of pseudos are just anti-establishment because it gives them a feeling of activism. These are the ones who believe everything written on social media and also contribute to spreading fake news. These include ‘Papa ki Pariya’ of Instagram and low IQ Bollywood actors. The reason for them being angry with the Modi government would probably be that Modi has put a nationwide lockdown and they’re not able to go to bar or club to waste their time. That’s pretty much a valid enough reason for them to rant on social media for 24 hours straight.

What you need to keep in mind is that anybody who doesn’t share the same opinion as yours is not a racist or a regressive person.

You don’t call yourself a liberal if you have a problem with every opinion other than yourself.

You don’t call yourself liberal if you mock someone’s faith by calling them ‘cow piss drinkers’ or ‘cow dung eaters’- The same phrases which are used by jihadi terrorists to address Hindus.

You don’t call yourself liberal if you rant day and night against something you don’t understand just because it is done by someone you hate.

Sitting in your AC homes ranting all night about a situation that you have no understanding about is very easy, it might give the satisfaction of activism to your cynic minds. But when it comes to working on the field and doing what it takes to resolve the situation. That’s where the real activism lies.

There is nothing good in being a professional pessimist.

I’m afraid what will become of our nation if this pseudo-liberal social media activist generation takes over. Responsibility of an aware person in these times would be to counter each and every pseudo-liberal millenial spreading fakeness and propaganda and try to fill some senses into the rusted brains of ‘Rowdy Rahul’ and ‘Papa ki Pari Simran’.

Dipankar Jugran
A mechanical engineer by profession. Writing my thoughts down for people to read. Giving my contribution to the fight against pseudo-liberalism and leftist propaganda.