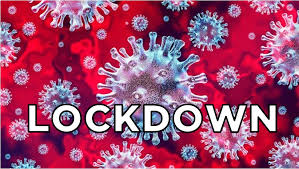 It is always right when a democratically elected government especially that enjoys absolute majority does anything even if it is disastrous and catastrophic to own people. The 21 day lockdown of India to combat Corona appears to be although needed but lacks sense, sight and sensitivity.

Just with the appreciation of WHO or some Western Countries, we cannot solve millions of problems of India. Has demonetization brought back all black money, ended corruption and everyone became a tax payer?

Has GST auger business impulse of the entrepreneur or has it killed the unorganized trade and manufacturing sector? People endured everything and supported Modi thinking his intentions to be good and true. But will people forgive and forget the 21 day lockdown decision of Modi which has almost killed the life and livelihood of millions of poor people that is worse than Corona virus. Even if they surpass Corona infection but will they ever recover from the rude shock of 21 day lockout?

All those ardent supporters of Modi for quite long have started to think twice. We need prudent measures to combat Corona spread. We need to sensitize people about social distancing. We are not an advanced electronically operated country where Robots can be pressed for various services.

Recently Modi has invoked how Mahabharat war was won in 18 days so shall India over Corona in 21 days.  It is so nice to hear such similes, but certainly not with empty stomach and empty purse dear Modiji. People of India, especially the poor in the unorganized sector want to remind Modi about the fate of King Parishit referred in the same Mahabharat that Modi has invoked.

Parikshit was the son of Abhimanyu and Uttara or the grandson of Arjuna. Parikshit was indeed a noble king, pious and virtuous and kept ‘KALI’ of Kaliyuga under control like Modiji controlled corruption till 24th of March 2020. When the Parikship went to forest for hunting, he lost his way and ended up in the ashram of the sage Samika. The sage Samika was in deep meditation when the king Parikshit entered his hermitage. But the sage under deep meditation did not respond to king Parikshit, not even noticed his presence. Such inadvertent gesture of the sage has raged Parikshit and he took a dead snake and garlanded over the neck of the sage Samika. Later the son of Samika, Srigin learned about the incident and cursed Parikshit to die of a snake bite in 7 days. Nothing could save Parikshit, he died exactly on day 7 day through a snake bite.

A simple sin brought such tragic end to such a noble king Parikshit. Had the noble king realized the silence of the sage Samika was due to his deep meditation, he would not have done such an ugly mistake and earned death in 7 days.

The act of Modi to lockdown India for 21 days without adequate preparedness and understanding of millions of poor people is nothing but an act of Pariskhit to sage Samika. If not Corona, poverty, loss of livelihood and other social issues are definitely going to kill poor people due to 21 day lockdown.

Certainly the dying man’s declaration shall be defeat and defeat the one who imposed such foresight less decision. The point of debate is not about taking stringent measures to prevent corona spread. Curfew, creating medical facility at village level, continuous sensitization etc., along with limited restrictions should have been the appropriate measure for India than lockdown of India for 21 days.

Imposing a new misery to suppress another is not the solution. The 21 day lockdown of India is indeed the beginning of ‘Paradise Lost’ moment for India.