The bleeding heart of a Dilli Wala 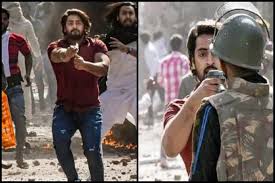 Amidst the Anti CAA, NRC protest and the political battle which was going on since months nobody knew that this was not a movement but a planned conspiracy being targeted by some political groups not just against Delhi but against the spirit of India as a whole with Delhi being prepared as the center for it as it is the capital was considered by the perpetrators as the best place to gather media attention. Ground Reports gathered from different cities on a personal level confirm the fact that Shaheen Bagh protests and the daily updates were being relayed across the country and Muslims across the country were made to believe that the CAA was totally Anti-Muslim and all of them would be forced to leave the country. The icing on the cake was the speeches and the guidance being offered by leaders like Owasi who thrive on politics of creating fear in the minds of Muslims just to retain their power.

The key points of this conspiracy may be undercover today and may be enjoying their plates of Beef Biryani and drinks but it would not be wrong to blame all the shameless aspiring politicians of universities like Jamia and JNU and their sympathisers like Swara Bhaskar, Anurag Kashyap, Deepika Padukone, Shekhar Gupta, Rajdeep Sardesai who not only added fuel to this movement but many of them made the countrymen believe whatever was happening in the country was totally against Muslims provoking the desperation to such an extent that even a small amount of instigation made these groups forget years of brotherhood. Whatever happened after that is not unknown to anyone now.

Leaders like Parvesh Verma and Anurag Thakur also tried their luck in hate mongering campaign with their petty interest of winning the Delhi elections but it comforted me as a Delhiite that people rose above all this and voted for AAP instead of any particular religion. Even after the riots the political leaders of the great Congress Party  did not exercise any restrain and left no opportunity to instigate the crowd further and started demanding resignation of the Home Minister instead of asking for special investigation to be carried out to find out who all are involved in this and how all this was planned.

Let’s not be naive to believe that one video of a mosque being targeted by some Hindus had instigated people and riots started. Many questions are still unanswered and would have to be answered with time with detailed investigation. Either this movement is aimed at attaining a larger motive of domination of one religion over the other as history has already seen or a desperate effort from all the political parties to prove that the leadership of the country is a complete failure and chances are high that both these ideas are correct but the real reasons with unveil with time.

Efforts are now being made by the government to sensitize the people about common brotherhood now three days after the city kept bleeding but days would pass, governments would change but the scar and pain this has left on the heart of a Delhi Walla will always remain.