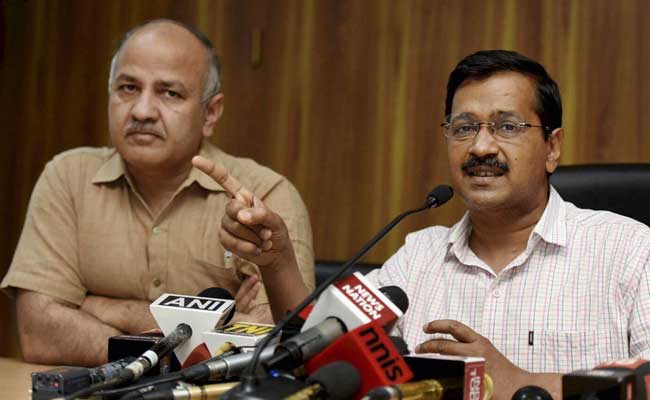 Each election sends a message, particularly for the defeated party to introspect. For, in a liberal democracy the voter is always right. In a parliamentary democracy, the number of seats won matter, rather than the percentage of votes polled. In Delhi assembly elections, Aam Admi Party (AAP) won handsomely 62 out of total 70 seats, not by any innovative idea, but by taking a leaf out of PM- Modi’s own welfare measures that had given a spectacular victory to him in the parliament elections of April 2019.

If democracy is all about: a government of the people, by the people and for the people (as the saying goes by Abraham Lincoln), the deprived down-trodden sections of society should be served with basic minimum facilities like free-electricity (to a certain slab), free-water supply and free-health care. Besides this, free quality education. During the Kings-rule, earlier to democracy, all over the world, the Kings spent much of their revenues to maintain weapons and foot soldiers and also to the Royal luxuries. Education and health care were available to the affluent then, not to the common man.

Ever since, the world nations turned to the democratic system of governance, the deprived sections have been given their due. They (education and health care) are vehicles of progress in any nation. The BJP through its Deen Dayal Upadhayaya’s Anthyodaya Schemes has been serving the last man in the social rung. APP’s social welfare measures viz. Free — Mohalla Clinics, Bijli (electricity), Paani (water), bus services for women worked well with the voters. However, the Central government schemes of PM’s Ayushman Bharat Yojana and other such programs were deliberately put aside by the regional party AAP, in order to get credit entirely for their government. As Delhi being a big Metropolitan City, huge sums of revenue could be generated. So, AAP was able to implement its own schemes.

To the entire process of Delhi elections, the BJP awoke very late. The party was rather complacent, as it won all 7 (seven) parliamentary seats in Delhi, months before, in April 2019. Another reason being, that it had won MCDs (Municipal Corporations of Delhi) in 2017, two- years after the remarkable win of APP in 2015. With this they might have thought that they had contained APP effectively. However, it is not so. For, in a democracy, the survival of a government is the daily plebiscite of people.

Soon after the defeat of APP in 2019 parliamentary elections in Delhi, Punjab and other places, the supreme leader of APP, Aravind Kejriwal became a mellowed person, he learnt lessons and calculated his strengths and weaknesses. He proved himself to be amenable to change. Though, started off his political innings in 2013 with idealpolitik, he, now, changed to realpolitik. Realpolitik is a game, if strategies of the BJP work well in future, the APP could be easily defeated.

Many political pundits cite—the cardinal misstep of the BJP was not to project a local Delhi leader who could match with Aravind Kejriwal. This argument cuts on both ways, like: damn if you do, damn if you don’t. If one’s face is promoted, the other prospective/ aspiring ones may get disheartened. Any local leader has to emerge from the cadre. It’s not a top-down measure. Remember, the experience of last time when Ms Kiran Bedi was announced as the CM’s face for Delhi, how some leaders were hand in glove to defeat.

At the Centre, the PM and the Home Minister were being busy, the local cadre had not done much homework, the MCDs turning blind eye to people’s woes (as reported in media), the last minute preparation didn’t suffice, though it had been a humongous effort on the part of the BJP. By then, APP’s narrative of benevolent welfare programs seeped into the minds and hearts of the poor.

The national issues related narrative taken up by the BJP such as: the Shaheen Bagh’s anti-CAA stir and its implications, they were somewhat not understandable to the poor, as they were more bothered about their daily lives and livelihood. Earlier, airstrikes on Balakot in Pakistan had an impact, as they were moved visually by the death of forty Indian soldiers and their body-bags coming down. They all wanted that retaliation to happen to assuage their feelings. Moreover, many boys from humble back-ground, join as soldiers. So,each mother could feel the pain.

Certain sections of the English media called the BJP campaign for Delhi to be a ‘divisive’ and ‘hate’instigating one. Though agreeing that some leaders went overboard in their campaign, they were in turn, reprimanded by the Election Commissioner. It is always the feelings or beliefs of the voters that make them vote. The leaders should be careful in their wording to get a connect with moderate voters. Of course, rationality as demanded by media, has very little place in the patterns of voting. If only rational people need to vote, many in India or elsewhere in the world, wouldn’t qualify to vote. Feelings of an illiterate maid have a place in elections by way she casts her vote.

Feelings, not only guide voters but their leaders too. In any case, nationalism (taken up by the BJP), is all about how to run a particular nation. In this regard the BJP has its views. To call it by names, is wrong. Xenophobia, the English media often repeats, is the DNA of all humans, in all nations. We like our-kind-of-people over others who are foreign. Hence, Citizenship and immigration to others, who aren’t culturally akin to, is difficult in any nation. Even the West expects the immigrants from other parts of the world to adopt their Western- values.

Truly or tactfully, APP supremo Aravind Kejriwal has started wearing religion on his sleeve. He invoked Hanuman ji (god/deity of Hindus) before elections and paid obeisance after the elections. Is this a copycat move or true devotion, time will tell. Similarly, his slogans : Bharat Mata Ki Jai and Vandemataram. The BJP should be watchful of Shri Aravind Kejriwal and Shri Prasant Kishore and their moves and their national ambitions in the days,months and years to come. Rightly, H.G.Wells says: “If you fell down yesterday, stand up today.”