The Relevance of the Indian right wing 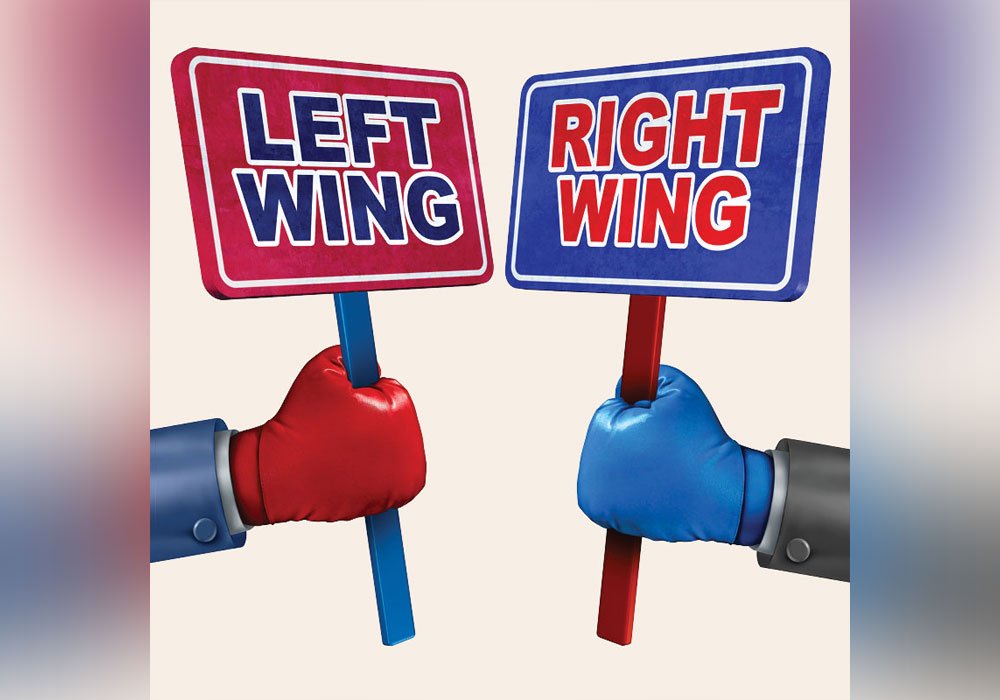 A student of political science would, undoubtedly, be aware of a school of thought named “postmodernism”. Rejection of anything to the effect of absolute truth is the primary characteristic of the aforesaid school of thought. It theorizes that on account of the pluralistic and fragmented nature of society owing to rise in individualism, every man has his own interpretation of truth, and that societal truth is determined by those who hold power by means of knowledge. Hence, knowledge is power.

A truer theory may hardly have ever been developed. Upon analysis of the decades following India’s independence, it would be evident that the “truth”, as established by the nexus of historians and government, was oriented towards the west. For instance, the utopian thought of India achieving its independence without violence and through Gandhism sells in the west. The likes of Subhas Chandra Bose are still viewed with derision and equated to fascism by the ignoramuses in the west. Successive governments have, therefore, kept alive the legacy of Gandhi by way of indoctrination of the masses with the saintly aura that Gandhi possessed.

What was the weapon that helped vested interests achieve so? Knowledge (which, according to postmodernism, is power). Wherein rests knowledge? Schools, colleges, universities, think tanks etc. What are they, together, known as? The elusive word is institutions.

Institutions: the core of a nation’s intelligentsia. Institutions shape the national narrative, be it on history, economics, politics or national security.

I referred to the west-oriented “truth” established by vested interests earlier. These groups identified typically with the Left Wing. That the Right Wing of today merely seeks to unearth history that never made it to the stream of education, thanks to the vested interests of the Left, and hold discussions, seminars and talks regarding the same, is commendable.

It is to the credit of the Right Wing that we have institutions such as Indic Academy, Srijan Foundation, Centre for Indic Studies, The Jaipur Dialogues etc. who hold fests such as Arth – A Culture Fest, Pondy Lit Fest etc. by way of which they seek to popularize a narrative that is rooted in the Indian culture.

I am, thus, quite prepared to say that the Indian Right Wing has the potential to be a force of rationality. I haven’t yet declared it such because this wing tends to view matters in a sentimental way.

In all fairness to the Left, minus the extreme elements, its emphasis on liberalism was of superlative significance in the immediate aftermath of independence, for a united India could only progress with liberalism. Dr. B R Ambedkar felt that the Hindus and the Mahomedans couldn’t live together, and backed his statements with stunning logic as may be seen in his book, “Pakistan or the Partition of India”. Nevertheless, many among the Mahomedans stayed in India, and I would be, for the sake of argument, willing to give the quondam government the benefit of doubt that it genuinely intended to ensure communal harmony, and decided that designing the academics on the Hindu ethos of India may have sowed seeds of communalism in a nation that had just emerged from a painful and sanguinary Partition.

The India of today, however, is not the India that existed in the aftermath of independence. There is, in general, a greater sense of maturity among the citizens. Criticism of religion is taken with greater acceptance today, and investigation into the past has become freer.

There is another factor: the citizens of today focus a lot more on earning their daily bread. With the 1991 economic reforms, India has been ushered into the era of business, and the people of today are characterized with busy schedules and office projects.

They have little time or incentive to be part of a religious war. No matter how many incidents of communal violence rock the nation either today or in the future, none would assuredly be as unfortunate and violent as the riots during the Partition. Therefore, even the benefit of doubt that I gave the government of the time no longer holds true. A natural conclusion that follows is that there is no excuse for Indians to shy away from exploring their past, and unearthing history that never made it to the mainstream.

With the advent of capitalism in India, an education system catering primarily to serving corporate interests appears to have shaped up. Indian culture is not integral to the education system, Physics is. Academic debate and discussion is possible not on the idea of India but on solving questions on differentiation, integration and coordinate geometry.

I entreat the reader to not misconstrue my point; I am no anti-capitalist. As a matter of fact, the much freer breathing space for private enterprise with the economic reforms of 1991 was worthy of a hearty welcome. Yet, concerns are raised worldwide about the capitalist way of life encroaching on culture, religion, philosophy etc. These concerns are warranted for the plain and simple reason that the diversity of culture and the knowledge brought forth by various cultures, could be lost in the race of creating and accumulating wealth.

It is, therefore, quite natural to ask, “What form of ecosystem in India could establish a balance between the mammoth influence of industry and low awareness about cultural history?” It is the Indian Right Wing. Thanks to the Indian Right Wing, people today ask questions such as:

“Did Lal Bahadur Shastri ji really die of a heart failure?”,
“Was there, after all, no plane crash at all that was supposed to have killed Subhas Chandra Bose?”
“Why are the contributions of Veer Savarkar not mainstream?”
“Why are Khudiram Bose and Rash Behari Bose absent from history textbooks?”
“Why are the brave Ahoms missing from our textbooks?”
“What was the motive behind propagating the intellectually hollow Aryan Invasion Theory?”
“What was the Sarasvati Civilization?”

These questions fundamentally challenge the status quo created by the academia following India’s independence. Celebrated author Amish Tripathi has mentioned, time and again, that India possesses almost 3 million non-printing-press manuscripts whose mere translation has not commenced, let alone in-depth analysis, which possess a fortress of knowledge on philosophy, sciences, mathematics etc. This number is greater than the number possessed by the rest of the world combined.

It is history that helps us understand where we are today, and what course is to be charted for the future. The Right Wing merely seeks to uncover that history, which never made it to our farcically incomplete school-level history textbooks.

I say with a sense of exuberance that the Right Wing of India may well render postmodernism, to which I referred early on in this post, irrelevant in India, for our very culture has revolved around Ekam sat vipra bahudha vadanti (The truth is one, the wise call it by many names). Despite it being based on rational observation, there are two things that lead me to be wary of postmodernism:

Therefore the rise of the Indian Right Wing is only quite natural. This is to the credit of the advent of social media, which has challenged the narrative of mainstream media. The Left Wing, therefore, must gracefully abandon its elitism and accept the growth and establishment of a Right Wing ecosystem today.