An open letter to Kunal Kamra

Divyam Shah
I am studying Chemical Engineering from DJ Sanghvi College of Enginerring, Mumbai. I have keen interests in defence, Indian politics and sports especially table tennis and cricket 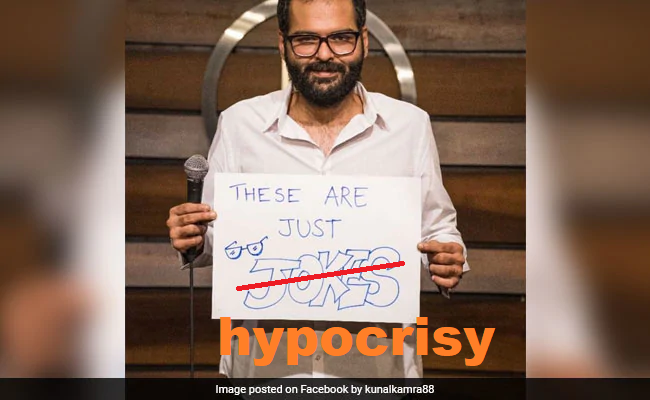 Dear Kunal,
I have been reading your tweets and your “comedy videos” from quite a while and I strongly felt the need to write this. I hope you have the patience to read.

First, you satirically used the phrase “hamare jawan siachen pe lad rahe hai” for mocking demonetization. You have the right to criticise the move but is it necessary to bring our forces in between just for exaggeration? You live because they sacrifice their lives and remember, “when an enemy invades; the person standing between you and the enemy would be a soldier with a weapon”. I know, you being a liberal won’t get my point but…

You tweeted, “India is a parody account of democracy.” In addition, you also said:
“Bhakt: tell me one successful communist nation! nothing right? just shut up. left is buried…
Me: can name 20 more successful democracies than India
Bhakt: but Modi vs who?”
for your information, we are 1.3 billion with over 2000 political parties. We are culturally diverse yet we live in harmony. Show me a single country where the situation is similar. Recently we concluded the world’s largest democratic experiment successfully. There are problems in any democracy but we overcome most of them. So before undermining our democracy, think twice!

In one of your videos, you say 40% people in UP don’t have access to toilets. Overall, in India basic sanitation coverage has substantially jumped to almost 90% in 2018 from 40% in 2014. Logically, your claim is fake, just as your comedy is!
Why do you joke on fake statistics?

And you exaggerated the phrase,” Mandir yahi banega”
Was mandir made a bigger issue than development in these polls? Didn’t you hype this phrase for your cheap jokes?

You also said –
“The only similarity between freedom and a sense of humor in India is: not everybody has it…”
You live in a country where u can question religion. What more freedom do you want? You live in a country where you trivialize people shouting, “Bharat tere tukde honge…Afzal hum sharminda hai…ghar ghar se afzal niklega” and call them “simple university students” and on top of it campaign for such anti nationals. what more freedom do you expect!

Yes.., on the economic front we are a bit sluggish but on the majority of issues the country has performed exceptionally well under him.
Agar wo PM wale kaam na kar rahe hote, toh yeh sab na hota.

When you get trolled you call these things just jokes, but your tweets like-
“I feel more ashamed to have a PM like @narendramodi
Don’t vote for Modi
RT if you voted for Modiji in 2014 but will vote against him in 2019.”

These cant be just jokes!

Here you were literally appealing to vote against Modi.

You tweeted- “The biggest dillema voters are going to go through in these elections is making peace with the fact that things weren’t as bad as they seemed 5 years ago.”

If you feel so, name a single scam since 2014! You spoke against Rafale but you fear speaking against national herald. WHY?

And lastly, you speak against Arnab Goswami and call him a hypocrat and mock him every now and then.

A journalist had been caught in the Nira Radia tapes and had been complimented by Hafiz Saeed as well. Many journalists were given Padma awards in the UPA tenure. You don’t find them annoying. But by every single thing Arnab does, you get intimidated.

You find his screaming annoying. But he has brought in change through his journalism. The nation wants to know today, what change have the Lutyens journalists made till now? Have they broken any scams?
“NO!”
If you are a public person and joke politically, then joke on all leaders!
Why do you target a single party most of the times?

You yourself are a hypocrite.

Divyam Shah
I am studying Chemical Engineering from DJ Sanghvi College of Enginerring, Mumbai. I have keen interests in defence, Indian politics and sports especially table tennis and cricket