The great siphoning of India 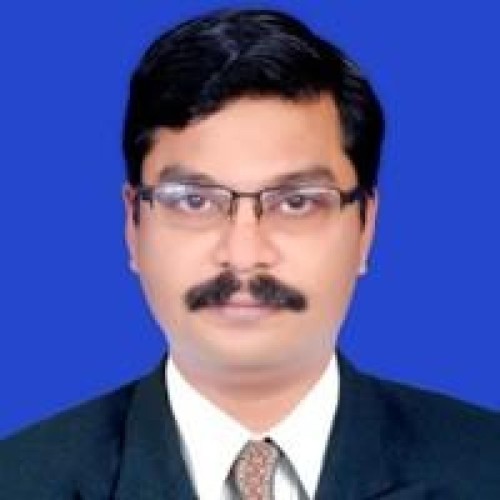 The 65,000-year-old Secret History
The truth has a strange way of coming out eventually. So, despite the best efforts of our so-called “historians”, most Indians know by now that we are the world’s oldest & continuing civilization. Over the last 65,000 years, the Indian subcontinent became Earth’s most unique melting pot of humans & cultures. India digested & absorbed whoever entered her soil, adding to her infinite diversity in human gene pool & culture unrivaled by none in the universe. This phenomenon, enabled by a tropical climate & natural resources, eventually led to massive wealth creation in this land, which became the envy of the rest of the world.

The Physical & Mental Enslavement of Indians
Naturally, India’s fabled wealth attracted a beeline of foreign looters & plunderers, who themselves got absorbed… eventually. The last looter, the British, feared this assimilative power of India, and set to destroy its source—India’s (Hindu) culture & spirituality. Over 8 generations, they systematically & brutally brainwashed their Indian slave populace into feeling an inferiority-complex about their very own (Indian) culture & to admire their masters’ (British) culture. The goal: “Indian is uncool, British is cool.”

For achieving this goal, India’s ruling class (Kshatriyas) were killed, the spiritual-scholarly-artisan class (Brahmins) were driven underground (along with the Vedas, Upanishads, Puranas & other ancient texts of wisdom & works of art), the business-entrepreneurial class (Vysyas) were reduced to mere traders, and the working class (Sudras) were forced into poverty. As part of their “divide & rule” strategy, the British shrewdly proclaimed the self-regulating “class” system (known as Varna) as a forced “caste” system (twisted as Jāti) & sowed seeds of division among their slave population, so they don’t unite as one united Hindu community & revolt. Indians outside the class system (who were banished by the local government for unpardonable crimes & who were living outside the villages) were classified as the “Depressed Castes” & exploited as cannon-fodder by the British.

The Remote Enslavement of Indians

However, before they or India could finish their work, the British were forced to leave India. In 1947, the British unwillingly left India physically, but not before they put in place an ecosystem through which they could still continue their divisive & oppressive dominion over the people of the Indian subcontinent, albeit with much lesser cost & much higher profit. This subjugating “ecosystem” is popularly & euphemistically called the “Nehruvian legacy” in India & the “Jinnah legacy” in Pakistan. The very constitutions of India & Pakistan are scripted to keep the former perpetually slow & the latter perpetually unstable.

Knowing full well that East Pakistan & West Pakistan on either side of India would keep both India & Pakistan weak forever, the wily British engineered the Partition, unwittingly championed by the 2 key foot-soldiers of their ecosystem—Nehru & Jinnah.

The Double-Game on India & Pakistan

Much to their shock & dismay, after independence, the British witnessed Sardar Vallabhbhai Patel swiftly & decisively uniting the 560+ pieces of India into 1 mega union. The British feared that Patel may re-annex Pakistan & unite all of India to restore her former power. So, using their tried & tested strategy, the slave masters started festering suspicion & hatred between the Peoples of India & Pakistan, setting brother upon brother, with absolutely no risk to themselves whatsoever. In the foreground, the British played the saint & peacemaker, while simultaneously playing the devil in the background, fostering the very enmity they pretended to prevent in public.

Pakistan’s history starts from 1947 because her rulers will not allow their population to know/ accept that their nation was forcibly cut out from India. Pakistani rulers also do not want Indians to know & feel proud of their ancient nation’s history & glory as “Akhand Bharat” (United India). However, Pakistani rulers do want Indians to be brainwashed (again) & feel inferior/ insecure with fake & harmful “historical facts”, specifically religious oppression by Hindus & caste oppression by Brahmins. For Pakistani agents, both these targets are easy to attack.

Pakistani rulers fear only one thing above all else—the reversing of Partition. This will happen if the Peoples of India & Pakistan demand it. This demand will come only when the Peoples of India & Pakistan feel affection for one another as forcibly separated brothers. If Pakistan unites with India, Pakistani rulers (who wallow in billions of siphoned money) will lose their wealth & power. Also, a larger & peaceful India will be a stronger nation, which many foreign powers fear.

Pakistani rulers consciously refer to India as “Hindustan” (i.e., land of the Hindus), contrasting the term with “Pakistan” (implying, land of the Muslims) to emphasize an “Us vs. Them” divide between religious communities. These insecure rulers will rest easy only when India is broken up into several smaller nations (i.e., smaller than Pakistan) & India’s military might split between these nations, so the prospect of reunification & Akhand Bharat does not arise ever again.

India’s war with China added another puppet-master to the table of India’s foreign manipulators. Now, a phalanx of foreign powers lust after India’s (re)growing wealth & are working very hard to siphon off her hard-earned wealth, not militarily, but surreptitiously. The siphoning happens via:

This is the Great Siphoning of India. And, incorruptible leaders & strong government in India block the flow in this siphon via national laws & governance policies. The foreign Siphoners cannot tolerate that, indeed.

Mrs. Indira Gandhi resisted these Siphoners to some extent, but was eventually assassinated. Subsequent Prime Ministers in India were either assassinated (for not yielding to these Siphoners) or politically weakened to be unable to resist the siphoning.

Even foreign PMs engaging with India were at risk, as was evidenced from the yet unresolved assassinations of Swedish PM Mr. Olof Palme (implicated in Bofors defense deal) & Pakistani PM Mrs. Benazir Bhutto. The escape of Union Carbide’s Mr. Warren Anderson is another case in point.

Dr. Narasimha Rao checkmated these forces with Chanakyan maneuvers, but was shockingly humiliated after demitting office. Dr. Manmohan Singh walked a tight rope, yielding to the Siphoners, but also pushing India forward (to some extent).

In all this game of thrones, the fiercely nationalistic Rashtriya Swayamsevak Sangh (RSS) was the disruptive wildcard against the scheming Siphoners. Since pre-Independence, this nationwide organization’s stated goal to unite the Indian population & landmass terrified these foreign enslavers.

So, the sudden & meteoric rise of Mr. Narendra Modi, whose roots are in the RSS, unnerved the Siphoners. His unapologetic Indianism (a.k.a. Hindutva), non-discriminating development via the “Sabka Saath Sabka Vikas” governance policy, re-culturation (reintroducing Indian culture & history into education), working to erase caste divisions by uniting all Hindus, attempting to erase all religious divisions by uniting all citizens under the “Indian” branding, etc., have vexed the Siphoners to no end. Scamsters such as Lalit Modi, Vijay Mallya, Nirav Modi, et al, are being aggressively pursued & prosecuted. Note here how all these anti-India scamsters escape to one safe haven—Britain.

Now, a second & stronger 5-year term for Mr. Narendra Modi as Prime Minister of India has further stalled the Great Siphoning of India. Let’s hope Mr. Modi continues to reverse the centuries-old damage to the soul of India by: