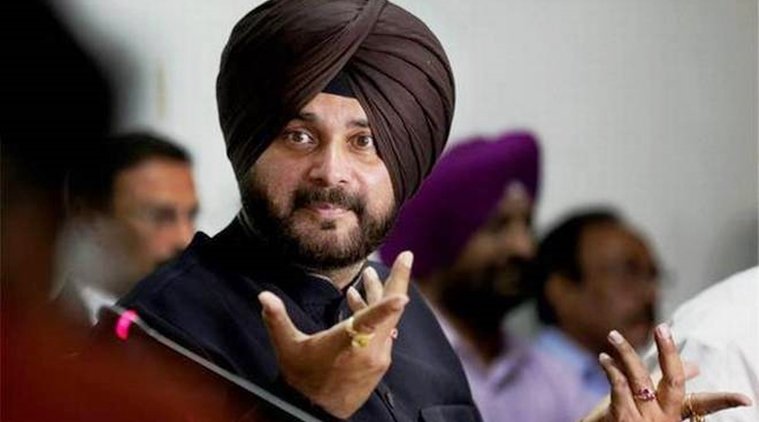 Whether it was the cricket field, or the largely attended laughter show or the hard politics, Sidhu had always stirred a hornet’s nest. At whatever time he does move his recognized tall, turbaned stature, the hot, searing debate steps in subsequently and the whole of the country begins to take an intense interest in such sort of the sudden political development. The fresh one in this regard is his much-talked-about confrontation with the Punjab Chief Minister Captain Amarinder Singh.

It had even reached a lofty flashpoint which was appearing clearly through the reports spreading out. How can it be neglected that the Congress party’s star campaigner Navjot Singh Sidhu was upset at the ministry reshuffle ongoing after the LS polls result in Punjab? He did ponder something diverse that’s why this kind of reshuffling irritated him like continuous phone buzz. Considering upon all angles he approached New Delhi to meet the party’s Working President Rahul Gandhi. Submitting his letter about his discontent, he realized that it was time to be up and doing without passing more time.

In addition to it, he does not have to feel guilty about gently sloping towards the High Command as it was supposed to have, by some means, relieved his incessantly anxious mind from the profound ache. It was a particular form of unnecessary pain as he may have said, endured by him in so many extended days. Though he had crossed over the initial hurdle in his purpose, his confrontation had been reached a flashpoint following his indirect accusations to the Chief Minister of a favorable deal with the Badals family at a recent Bathinda rally.

The CM was also quick to refer to Siddhu’s non-performance in his Local Bodies department and squarely held him responsible for the party’s bad performance in cities during the recently held LS polls. Despite being a star performer of the party he was divested of his Local Bodies, Tourism, and Cultural portfolios and given the Ministry of Power and Renewable Energy Resources. But he did not assume charge in the small hours of the day. Ultimately he met Rahul Gandhi whose office made contact with CM’s office, the reports said.

Sidhu who was so far requesting others for ‘Taali’ slogan seems to be the most disappointed man at this point in time. There is something cheesy about being distant from his portfolio when the gloom pervades over the party’s bad performance in the parliamentary elections. The world is asleep but the party leaders were busy in making the workers feel like they were in their own little world of contracted Congress. The fire appears in their eyes when they look up at one another. They did not actually need anything; however, they did feel an iota or a lot of guilt about the electoral debacle.