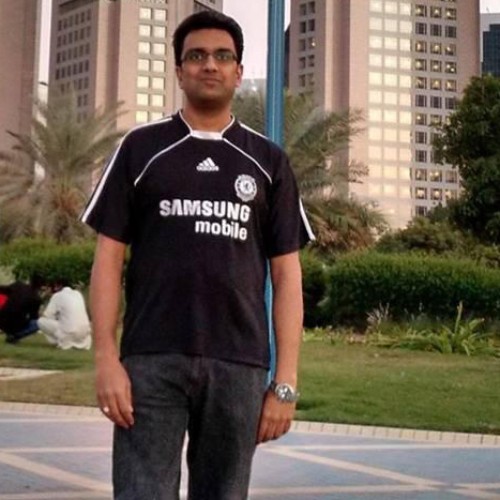 On February 9th 2016, an event was to be organized in the Jawaharlal Nehru University (JNU) to protest against the ‘extra judicial killing’ of Afzal Guru, the 2001 Parliament attack mastermind. February 9th was the date of Afzal Guru’s hanging. Some of the slogans that could be heard in the protest march were ‘Bharat tere tukde tukde honge, inshallah’ and ‘Kashmir ki azadi tak jung rahegi’. At the time this event was organized, the JNU Students’ Union President was one Kanhaiya Kumar, a student undertaking a PhD in African Studies in JNU.

Kanhaiya Kumar and his family members have all been proponents of the dreaded and violent Left ideology. Following the events in JNU, Kanhaiya was charged with sedition and criminal conspiracy. Kanhaiya later denied having raised any of these slogans, but the moot question to be asked is, why such an event was organized in the first place to make martyrs out of Islamic terror masterminds. A disciplinary committee organized by the vice chancellor of JNU stated that the organizers had circumvented the permission process for the event. When Kanhaiya was subsequently granted interim bail by the Delhi High Court, Justice Prathibha Rani made a scathing attack on Kanhaiya and gang mentioning that such speeches are against the country and cannot be termed free speech. She characterized such speeches as a form of infection, which can either be cured or would need amputation.

Following the ruckus over the Afzal Guru event, Kanhaiya made a speech in JNU campus where, on expected lines, he spew venom on the RSS, Hindutva, Manuvaad, ABVP and of course on PM Modi and the BJP. The word azadi was twisted to indicate that he did not want freedom of Kashmir from India, but freedom within India from all the supposedly divisive and communal forces. Needless to say, this speech won rave reviews from our Hindu-hating, Modi-hating liberals. Arvind Kejriwal, who rose to fame by being part of anti-corruption movements and is now literally pleading with the epitome of corruption for an alliance, termed the speech ‘inspiring’.

Congress spokesperson Sanjay Jha, who never gets tired of making a fool out of himself daily on television, compared Kanhaiya with Che Guevera and mentioned that he symbolized a new, young and repressible India. Rana Ayyub, the ‘activist’ who plays the Muslim victim card at the drop of a hat and doesn’t waste a second in getting employees in Islamic countries sacked for only speaking the bitter truth, compared Kanhaiya with Ambedkar and said Kanhaiya has a vision for India. Last but not least, Barkha Dutt of Radia tapes fame went all out to make Kanhaiya a famous personality by interviewing him immediately after his release from jail and then writing a long article on NDTV about her being the only journalist to have interviewed the gen next superstar and visionary politician with wonderful clarity of thought.

The Afzal Guru event is not the only controversy that Kanhaiya has been involved in. On 10th March 2016, an ex JNU student by name Kamlesh Narwana unveiled an unsigned University order in which Kanhaiya was fined by the JNU administration for misbehaving with a girl student and threatening her. JNU Administration later confirmed the authenticity of the letter and that action was taken against Kanhaiya. According to Narwana, Kanhaiya was urinating in the open and when the girl protested against this, he became abusive and started threatening her. The All India Students Federation of course rubbished the complaint and said that this was done to malign Kanhaiya’s name.

Let’s now look at Kanhaiya’s candidature in the Lok Sabha polls. Kanhaiya was all set to be a part of the Mahagathbandhan or the Grand Alliance comprising of parties that apart from Modi hatred, dynastic politics and penchant for corruption, have no common ideology. There is no big deal in leaders sharing stage, abusing the Prime Minister one by one and pretending to be united against the so called fascist government. The real deal comes in during the seat sharing when no party wants to cede ground to the other.

In the state of Bihar, tough negotiations were held by the secular parties and finally they reached an agreement where the RJD would fight on 20 seats, the Congress on 9 seats, RLSP (which was with the NDA earlier) on 5 seats and 3 seats each for VIP and HAM. To its dismay, the CPI was completely snubbed and left out of this Grand Alliance and with that disappeared Kanhaiya’s hopes of contesting the elections as a part of the Mahagathbandhan. The CPI criticized the Mahagathbandhan for not taking them aboard and has decided to field Kanhaiya from Begusarai. RJD candidate from Begusarai Tanveer Hasan has dismissed Kanhaiya as a serious contender for this constituency and said that the real fight is between Giriraj Singh and him.

Kanhaiya, on his part, has been soft on the RJD candidate and has made a statement that the real fight is against Giriraj. All this highlights the chaos and total lack of unity that is prevailing in the anti Modi factions currently. On the other hand, Giriraj Singh is looking to contest the elections from Nawada, while the BJP Central leadership is keen on him contesting from Begusarai.

There is no doubt that Kanhaiya is a good orator and has enjoyed adulations for his anti Modi speeches during his days as JNU Students Union President. Politics can be ruthless and after the royal snub, Kanhaiya must have realized that it’s going to be an uphill task ahead. It is yet to be seen if the electorate from Begusarai would choose the Congress-RJD combine that is synonymous with corruption or the BJP-JDU that has delivered in the past or Kanhaiya Kumar, who has no real achievements to show apart from having a cluttered and hate filled ideology in the name of being liberal.