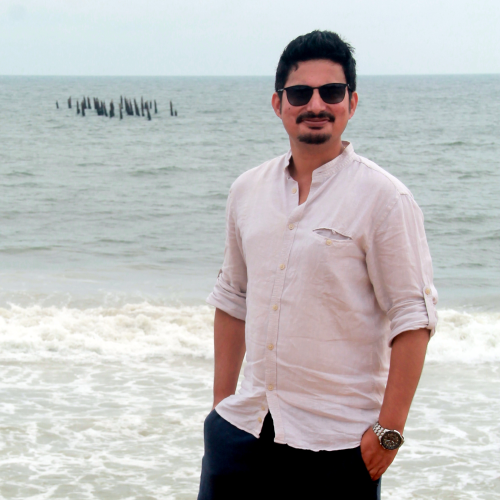 Our generation is living in interesting times. We are fortunate to see transitions all over like the way we connect with each other, world relations, technology, management, personal behaviours, how we shop in present times, so on and so forth.

The great change affecting our personal life and behaviour is “how we shop”. We have several choices today, one can just login to an e-commerce portal or go to shopping malls or even to a road side supermarket and choose whatever he/she wants from the plethora of items.

The best part of shopping these days is that the consumer has never been more powerful than today.  Consumer can freely give reviews and feedback which will be heard and acted upon in today’s marketing scenario. There are many means to compel the company to do so like writing a critical review, harsh comments on Twitter, bad-campaigning on Facebook etc. The public platforms have given us “the consumers” a lot of power to praise and condemn brands equally.

This change in our day-to-day lives is also bringing change in the way we perceive many other things, such as the “power system of politics and choice of leaders”. Political leaders are like products and in such a big market of politics as on today, we have several choices, what deems best we can choose based on personal preferences, we can give reviews to praise and condemn them openly on public forums.

Usually it happens with us, when we talk to our previous generations, like our parents and grandparents, they portray Congress party in bright colours.

The narration starts from Chacha Nehru’s ‘Gulab’ on his collar and his grand lifestyle, Indira Gandhi’s image of the Iron lady, her vigour and power to implement emergency, Sanjay Gandhi’s strong personality, Rajiv Gandhi’s composed and thoughtful nature, to gimmicks like Sonia being an outsider serving the Indian Nation and finally, to Rahul Gandhi’s cute smile and his on-going struggle to power.

These stories are like going through a market behaviour during license raj – only one family is supposed to produce leaders and do marketing about it. Other Indians are like ‘Gulaams’ or mere ‘followers’. Any ideology other than Congress’ was frowned upon. This was the closed market of politics in management’s parlance. Though, Mr. Narasimha Rao could open the market in 1991 this market of politics remained closed till as late as 2014.

The way previous generation opted for leaders seems illogical, but parents and their parents are not to be blamed for this, they lived in monopoly of power houses and saw one party (Congress) in power throughout, and due to convincing marketing by Congress leaders, people voted them to power again and again. I was wondering why this was the case, I could zero down to the following analysis.

The long rule of Indian National congress can be attributed to the following two reasons:

1. Broken self-esteem of poor-naive Indians after Colonial rule which were later ruled by Raj Gharanas and elite people of post-independence India.

2. Absence of an alternative power system/political party or ideology.

1. The Raj Gharanas and broken self-esteem of poor-naive Indians after Colonial rule – The heaviest hangover of British Raj was bruised self-esteem of Indians, it had led to several physiological side effects such as degraded thought process, low confidence on oneself, white-skin-syndrome etc.

In addition to low self-esteem, most of the population was poor and uneducated. During those weak times, the outgoing White Sahibs were easily replaced by ex. Raja Sahibs, Zameendaars, Rai-Sahab etc. These people were the left-over rich and educated people of that time, they were the so-called aristocrats and elites in our society/country. All major influential lot of them were the member of the biggest party of that time-Indian Congress party.

Gen-ordinaries (Common people) looked upon these so called aristocrats to take key decisions and automatically the societal control went to them. They got in to politics fought elections got more power and therefore dynastic politics.

With time I believe we Indian’s have recognized that “What glitters is not always Gold”, With increasing education levels, income and awareness of the world, public is not ready to accept some leader on the basis of dynasty, people need leaders of firm qualifications to lead them.

2. Absence of an alternative power system/political party or ideology – A beautiful phenomenon is taking place in India, where people are admiring leaders coming from a poor and struggle some background and attaining higher posts in politics mostly because these leaders can really connect with the commoners and understand what is to be done to really help common people as these leaders possess first-hand experience.

This phenomenon is the clear reflector of the absence of a real alternative to Congress party in India. Probably with increasing awareness levels of individuals, common people do not look up-to only elite class “Congressis” to resolve problems.

Even after 70 years of Independence, can you name one or two, national level leader with a commoner background who are respected figure in Indian National Congress party. Frankly, I found none, all of the leaders in Congress party are from elite background, to whom the poverty and difficulties of common people is taught in AC rooms.

Having said the above, of course only being from poor and commoner background is not sufficient to be appealing to the masses, a non-corrupt image of the leader is very important. As Congress has been involved with so many corruptions cases and scams that people needs alternatives now.

People need change from the rudimentary, text book politics of Congress party where for 70 years, the people of India were made to feel like ‘oppressed’ and the elite ‘Congressis’ gave false promises of uplifting them.

Leaders with clean image and poor, struggle some, common background are taking front seat in the political sphere. Unprecedented rise of Bhartiya Janta Party (BJP) and its alliance National Defence Alliance (NDA) is the testimony of this phenomenon.

The above two reasons which worked in Congress’ favour are no more sustainable to woo Indian masses anymore. People have relatively very high exposure and awareness of political nuances with increased internet penetration it is very easy to analyse a person. Aware people make videos, write articles, blogs and that further increases awareness.

Indian National Congress is losing out due to its old methods of vested politics, they will continue to happen till the time leaders in Congress party do not overhaul its hierarchy and political methods. Alternatively, Congress has chosen a shortcut, by attaining negative methods to be in power that is to create atmosphere of intolerance, anarchy and dividing people on the name of castes and religion, these tricks will not last long.

The wave of resurrecting Indian pride and honour will topple Congress everywhere and every time in the present modern political sphere.

There are few people even today who are suffering from ‘white-skin-syndrome’ and consider Indians to be poor and weak needing guidance from self-proclaimed elite people like Gandhi, Schindia etc families which are ingrained in Congress Party.

Is this not the best suited answer to such people, that real elite people of India emerges from commoners who after lot of struggle and persistence become, scientists, doctors, lawyers, engineers etc. Commoners have given the real contribution to shape India bit-by-bit every day. A person who has emerged from a common crowd deserves the highest post like President, Prime minister of India etc. more than a person whose only qualification is to take birth in a dynastic political family.