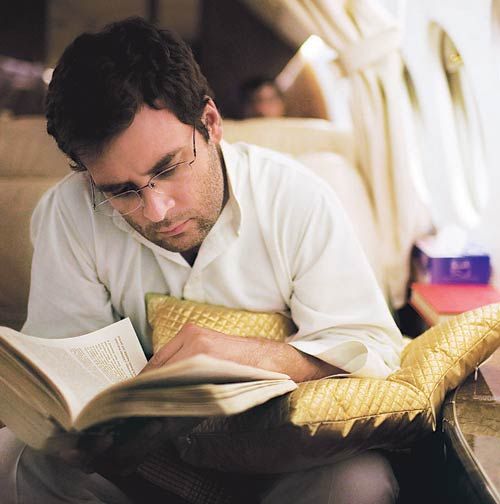 Rahul Gandhi is on vacation yet again. Just at the time when the country demands his leadership. Well, at least the country which he hopes to lead, demands to see his leadership chops, at a time of great calamity of floods across the Southern part of the nation. And what does he do, he goes on vacation.

(Yes, you can argue that it is not vacation, he is on a brand building tour across the world talking to developed nations about the backwardness of India since May 2014- the same India which was counted among the most developed nation till April 2014. But before you jump at me, read this piece and appreciate the seriousness of it.)

Be that as it may, this is an important discovery. And people are making fun of Rahul Gandhi. This is unfair. Very unfair. Because, Rahul Gandhi is living a new paradigm – not merely talking. A paradigm which deserves to be researched. Written upon. Perhaps even awarded a Nobel prize for management, if it exists. (If it doesn’t, please create it, because, it is important. Hell, it can save the world.)

Years ago, Tom Peters (taking a leaf out of the Hewlett-Packard team) created a new acronym. MBWA: Management by Walking Around. It means, you, as CEO, wander around, talk to employees at random, customers, if possible and learn what is going on around the company, markets – at first hand. Simple enough.

Management by vacationing is the extreme other side or takes MBWA to a new extreme.

The leader vacations mostly, comes in to work for a few days, sets strategies, directions and then goes off on yet another, much deserved, vacation. Imagine the capability of the leader who can vacation around while his team does all the work.

Yes, indeed. Think about it, as the minions slog over files, pore over email drafts, collate twitter feeds and devote hours to promote the leader, the leader has empowered them enough to take a vacation himself. That is the power of the leader, his belief, his capability to create a strong team that can do everything. Indeed, the leader follows not a 4 day work week, but a 4 day work month. That is the level of empowerment and trust he has in the team.

Is there is a crisis? Leader goes on vacation. Team handles it. Seamlessly. And when the crisis has just blown over, the leader parachutes (mostly by Business Class) in, takes credit and goes off on the next vacation.

Is there a warning of a crisis? Leader plans a vacation in case leader is around. In case he is not around and already on vacation, he extends it. And the same template as above is followed. It is that simple.

These vacations recharge the leader. Every time. Each time the leader is back, from his recharged vacation, the team works much harder. Imagine a leader you see every day, slogging at work – why would you be motivated. It is like having Rahul Gandhi as your neighbour – you would be bored. Daily presence is overrated.

No, you want the leader to be away, show up at work a few times a year and then every visit of the leader is special. The chairs are cleaned, the floors are mopped, special dinner is served and photographers are everywhere. Yes, dont you, in your corporate roles, slog for visitors who come to your office once a year? Of course.

Life is but a series of photo-opportunities. What else is life? See Instagram. That is all there is to life.

Every time the leader goes on vacation, newer job opportunities are created. Someone has to create a reason. Someone to quickly check a daft twitter post and then quickly plug it. Someone has to alert various whatsapp groups to coordinate a response strategy. Someone has to cover up tracks.

Also, each time the leader utters pearls of wisdom, someone has to erase the memories of people and reinterpret those random utterances into something nuanced and prized enough for a Nobel Prize. This itself calls for a huge department.

Management by Vacationing is the new management mantra. Hard work? That went out of style long back.