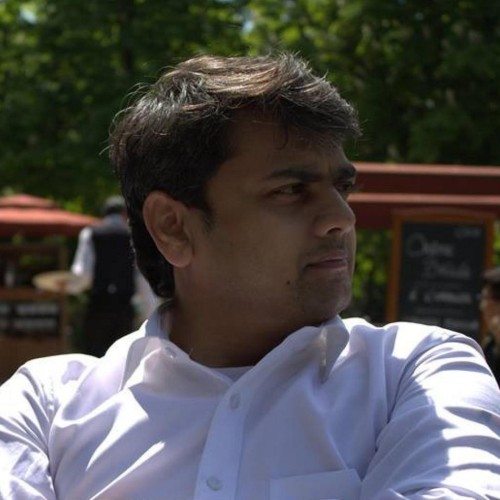 Swapan Dasgupta in his brutal take-down of the liberal cabal in a debate moderated by Barkha Dutt, quoted Arthur Balfour to buttress a point about liberals’ narcissistic tendencies – ‘I believe Winston has written a book about himself and called it The World Crisis‘. The quote may well apply to Karan Thapar, the poster boy of ‘access journalism‘. He has recently written a book and an excerpt from the book seeks to explain ‘Why the BJP now shuns me’. It’s not the BJP that has shunned him as much as his own audience.

In the excerpt, Karan Thapar claims ‘No doubt there’s the odd minister whom I am friendly with—Arun Jaitley being the principal example—but the vast majority, with whom I used to get on extremely well, found reasons or excuses to shun me within a year of Mr Modi becoming prime minister.‘ Going by video archives released on Karan Thapar’s own production company’s website, this statement seems far from the truth. Consider this, in 2012 and 2013, much before Modi became Prime Minister, BJP party members appeared only 4 times each year on Karan Thapar’s show ‘The Devil’s Advocate‘. In 2014, after Modi became prime minister BJP representatives (including Cabinet ministers) gave as many as 9 interviews  to Karan Thapar (on his new show- ‘To the point’ on India Today TV). In 2015, when BJP should have been apparently shunning him, the number of interviews by BJP ministers (including the defence and finance ministers) and party members swelled to 17. In 2016, even after Karan’s show ‘To the point’ was relegated to a non-prime time evening slot, 11 interviews were given by the BJP, possibly out of mercy, considering even India Today TV had stopped betting on Karan Thapar for prime time 9 PM viewership by this time. In early 2017, BJP general secretary Ram Madhav granted him an interview.

Finally, in April 2017, Karan Thapar had to exit India Today TV, when his 3 year contract with the channel ended and more importantly, was NOT renewed. The fact that his marquee show with India Today TV, ‘To the Point’ started with a prime time night slot in April 2014 but was relegated to the lesser coveted evening slot later, points to dropping viewership of Karan Thapar’s show and diminishing audience interest. A death knell for any TV show anchor. The BJP under Modi gave 37 interviews before Karan Thapar’s contract ended with India Today TV and he went off air. Does 37 interviews sound like a boycott? On the contrary, BJP supporters must be peeved with Modi and his party for the honor it has bestowed on Karan Thapar’s dying shows with its continued patronage.

Since April 2017, Karan Thapar has been anchoring adhoc events and conducting interviews for online news portals such as ‘The Wire’ and ‘Quint’, posting videos on YouTube with those politicians and personalities who are in his cocktail circuit. For the uninitiated, Karan Thapar is highly connected being the son a former Army Chief – Pran Nath Thapar, having familial connections to the Nehru family, being a cousin of senior journalist Romesh Thapar and being a cousin of historian Romila Thapar. Karan Thapar’s reliance on ‘access journalism’ might be the real reason behind his declining fortunes.

For too long, Karan Thapar has relied on a few connected politicians as a continuous source of interview fodder – Congress leaders Salman Khurshid (with who he used to play squash for a couple of years), Kapil Sibal and P Chidambaram to name a few, appear the most number of times in Karan Thapar’s interview archives. Now, these men are out of positions of power and having access to them, while still useful, doesn’t yield the same returns. Unfortunately for Karan Thapar, he hasn’t built any equity commanding viewership for his shows/ interviews when his friends and those he has access to are out of power.

Equity in journalism is built over years of accurate reporting and building trust with sources, viewers and guests on shows. Karan Thapar demonstrated the opposite with this excerpt from his book – “I asked Sambit Patra if there was a problem. In a hushed voice and a manner that suggested he was embarrassed, he asked if I could keep a secret before he answered. When I gave him the necessary assurance, he said that all BJP spokespersons had been told not to appear on my shows. Karan Thapar has taken an unverified, off the record, sworn to secrecy statement of a source, and published it in a book for mass consumption. And it doesn’t quite end there, Karan Thapar has further attributed an entire fictional conversation with Pavan Kumar Verma, which he has completely denied. If the excerpts from the book reveal an iota of cases where Karan Thapar has obliterated journalistic ethics, imagine the incremental damage to equity he has achieved with his guests, sources and viewers throughout his career.

Karan Thapar further laments that his interview with Narendra Modi in 2007, which ended in three and a half minutes, might be the reason for his current ‘boycott’ by the BJP. He refers to how Modi ended the interview with “Aapke ideas hain, aap bolte rahiye, aap karte rahiye…Dekho main dostana sambhand banana chahta hoon”. There is a reason why Modi said this – In the 3 minutes and 32 seconds that the interview lasted, Modi spoke (or was allowed to speak) for less than 45 seconds. An interviewer who speaks longer than the guest in the interview isn’t asking questions, but is delivering a monologue. Hence, ‘Aap bolte rahiye‘. Equity eroded.

It’s an easy guess why Karan Thapar isn’t getting as many interviews with government ministers anymore. In the excerpt, Karan Thapar seems to have dug deep to find for himself soft rationalizing justifications for his career’s spiraling downward graph, going as far back as his 2002 article criticizing Modi’s handling of the Gujarat riots and his 2007 non-interview with Modi. Unfortunately, the reason for Karan Thapar’s woes is not a revenge plot by Modi. The true explanation might be far simpler. As Karan Thapar alluded to it himself in an interview to The Hindu in 2013 , “…people at that level – occupying high positions and exercising power – would choose to speak to a journalist only if he had achieved a degree of distinction in his own right and it was useful for them“.

Karan Thapar is well past his useful sell by date. His audience abandoned his shows much before Modi or BJP did. If anything, the BJP kept him afloat by giving his show 37 more interviews than it deserved. No serious politician would invest time in an interview to an anchor of a show that won’t be seen, heard or read widely.