If the Greek words “Kurios Christos” under the Sanskrit inscription “Paramarth  stavam evaikonananyosti jagatapate” meaning “You are alone the supreme Being; there is no other Lord of the world” in the mulasthanam of the Shantivanam church doesn’t give you an idea of the extent of Inculturation prevalent in the country, there are countless other examples.

Like every other year, even this year I received messages wishing me Merry Christmas! (mostly from Hindus, almost all in fact!) Just like every other year, I ignored many, replied to a few, asking some Hindus why they were wishing me for Christmas and what they knew about the festival. Most responses were the same old – it’s the birthday of Jesus (which it’s not by the way), we celebrate all religious festivals, to share the message of peace and love of Jesus, the usual clichés. Thus far nothing interesting. However, the most fascinating responses came from a WhatsApp group I was a part of called “UK Hindus” which mainly consisted first generation Indians that settled in the UK.

I expected them to answer along the lines of “We live in the UK and it’s a big festival here, so even we celebrate it and wish other people too”. But the replies intrigued me. An elderly person who regularly gives lectures on the ‘Vishnu Sahasranama’ said the following: Jesus is the son of the Supreme personality of Godhead ‘Kṛṣṇa’.

He then attached the following shloka from the Bhagavat Gita Ch.14-4:

(“It should be understood that all species of life, O son of Kunti, are made possible by birth in this material nature, and that I am the seed-giving father.”)

I quickly realised that this is a step beyond the well-known phenomenon of Hindu universalism and acceptance of other faiths. This is a form of “reverse inculturation” and accepting it brings various complications to the table of inter-faith dialogue.

He even sent a picture from an ISKCON temple somewhere in the west claiming that his view of Jesus and Krishna is perfectly acceptable and shouldn’t be a cause for concern. After all, it is preached by ISKCON itself.

I understood the situation and tried to explain how these kinds of perversions are more harmful to Hinduism than to others and sent him a picture of how inculturation is used to convert unsuspecting, naïve Hindus in many parts of India. 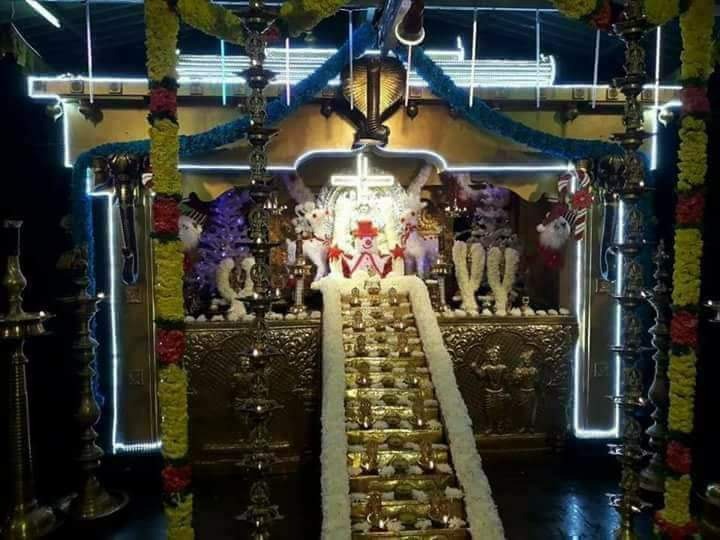 At first glance, you may think that this is the famous 18 steps Padi Puja of Ayyappa commonly done in South India, but a closer examination will show the Christian Symbolism all over the set-up with a cross right at the centre (with a Serpent above?).

I told him the various methods employed by the Missionaries in the country, especially in the rural areas mainly using Hindu symbols, rituals, deities and slowly introducing the Christian elements into them and completely eliminating anything Hindu that is left in it. This is just one example and there are countless other instances of similar cultural genocides taking place all over the country.

Although he claimed that he understood what’s happening is wrong and people shouldn’t be fooled and tricked through such means, he still maintained his position on Jesus and Krishna being similar in their teachings and nature. He also said that he believed in his Guru’s words and stated that we should try to unite people and not divide them over differences.

I clearly stated that my position on uniting people is similar, but it’s the Church and many Christians that would find a problem with the teachings he is proposing. Moreover, the Christian doctrine is completely opposed to such views and cannot reconcile with his beliefs of Jesus and Krishna. I explained to him the core of the Christian doctrine and how his “all-is-same” beliefs are contradictory to both the Hindu and Christian doctrines. I also elucidated the history of the Church opposing inculturation and later half-heartedly accepting it as it’s increasing the number of believers in the third world countries.

In the meantime, another person jumped into the conversation and posted another picture along with a message that shocked (not really) me: 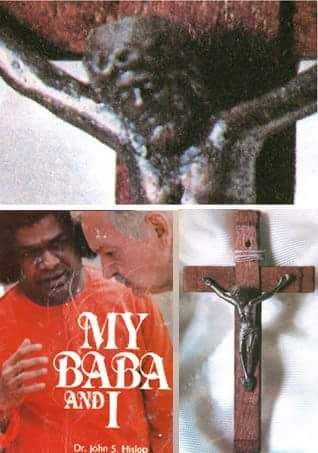 The statement of Christ is simple: “He who sent me among you will come again!” and he pointed to a Lamb. The Lamb is merely a symbol, a sign. It stands for the Voice – Ba-Ba; the announcement was the Advent of Baba. “His Name will be Truth,” Christ declared. Sathya means Truth. “He will wear a robe of red, a blood-red robe.” (Here Baba pointed to the robe He was wearing!). “He will be short, with a crown (of hair). The Lamb is the sign and symbol of Love.”

Christ did not declare that he will come again. He said, “He who made me will come again.” That Ba-ba is this Baba and Sai, the short, curly-hair-crowned red-robed Baba, is come. He is not only in this Form, but, he is in every one of you, as the dweller in the Heart. He is there, short, with a robe of the colour of the blood that fills it.

The above two paragraphs was want was sent along with the image.

At first, I didn’t know how to respond to this criminally irresponsible and foolish acceptance of such interpretations. I repeated myself explaining that these are all well thought out strategies used by Hindu gurus and preachers to attract more western audience into their fold without doing or not bothering to do a Purvapaksha of the other.

But anyone with some basic understanding of these two worldviews will inevitably conclude that they are irreconcilable and are fundamentally different at their core and in their approach towards spiritual or universal truths. The Christian cannot accept such alterations or additions to his core belief that Jesus is the only saviour who came down from Heaven to save him from sin. The Hindu worldview is very different from this and doesn’t even has a concept of an original sin or the need of a personal saviour.

The Hindu gurus who promoted such ideas didn’t bother to indulge themselves in this critical analysis of these two different worldviews and arrive at the right conclusion of their foundational incompatibility. This resulted in a nexus of their progeny who are very defensive in their beliefs and will call anyone who offers criticism of such suppositions, divisive and radical. They consider it blasphemous to question the understanding of their progenitors. (Sheeplike) 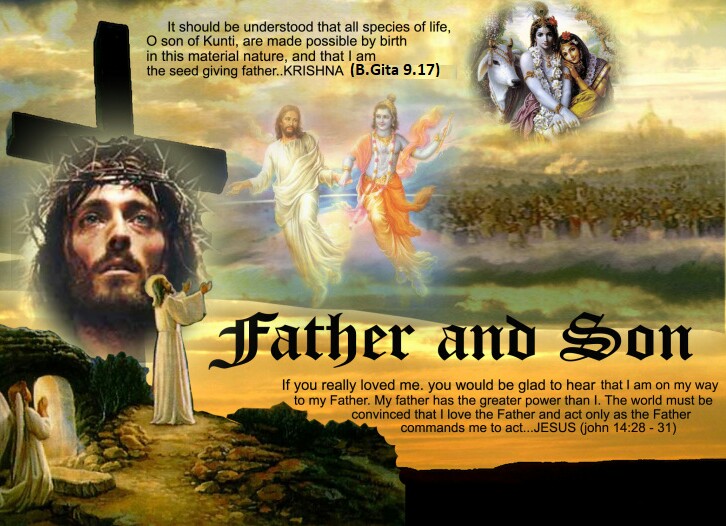 All of this nevertheless has an almost minuscule effect on Christians or Christianity. The largest victims of this imprudent interpretations are the poor, helpless Hindus who are getting converted en masse every single day in India. Inculturation in Christian India is an Undeniable fact and “Liberal Hindus” not looking at it objectively is only increasing the concerns of vigilant Hindus.

The Christian Ashrams continue to grow, so do the Church-Temple edifices. Our broad-hearted Hindu gurus keep on giving talks, teach yoga and help foreigners find enlightenment all the while not asserting their true identity even in India. There could be many reasons for Hindu gurus and spiritual leaders to not do this, losing some followers and appearing communal might be the foremost among them.

This right here is the “Internal Threat” facing us within the context of Inculturation. The lack of intellectual rigour and callousness of most Hindu intellectuals and educated Urban Hindus while dealing with other faiths is a greater threat to Dharma and its survival than Inculturation itself. A lot of damage has already been done to Hinduism and its traditions in the form of Digestion and Inculturation over the past few centuries. It is increasing day-by-day and none of our leaders seem to care enough to take serious action on these happenings. While more awareness about the problem that is staring in our face is required, cognizant Hindus are also responsible to protect their traditions and present a challenge to these archetypes of malice from outside and naïvety from inside.

Once again, it is the common Hindu with no financial, academic or institutional support that is left to safeguard our culture and traditions both from outside forces and “internal passivity”.