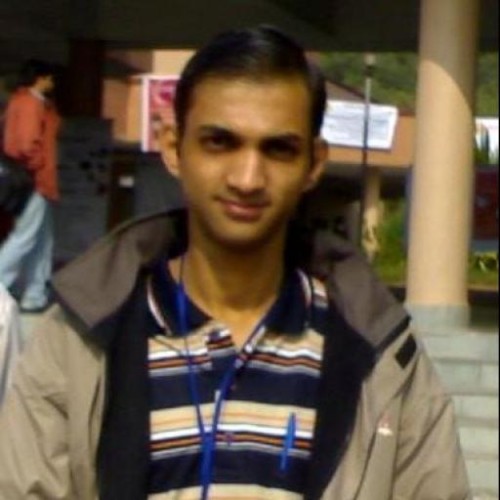 Surya Prakash Pati
A seeker of meaning, teacher by profession and learner by choice.

Recently the Honourable Bombay High Court found Vodafone guilty of non-compliance with the Vishaka guidelines in a sexual harassment case. This, despite finding little material to substantiate the allegations of the complainant. Specifically, two violations were singled out. First, it came to light that a complaints committee was not available in the company during the time of occurrence of the alleged incident. Second, when the company brought to light that it did constitute an Inquiry Committee to investigate the allegation, the Court remarked, “Curiously that Inquiry Committee has admittedly not issued any notice to the Petitioner pertaining to her complaint and she was not examined and no opportunity of hearing was given to her. That inquiry was therefore no inquiry in the eyes of law”. Essentially the Court was holding Vodafone guilty of violating natural justice. The company was directed to pay a sum of Rs. 50000/- to the War Widow’s Association in New Delhi as fine.

Sexual harassment in organisations operating out of India is a recurring plague. The National Commission for Women recorded 542 complaints of sexual harassment in its Annual Report 2015 -16. More significantly, it figured among the top ten complaints received by the Commission concerning women. While often the cause of it is explained away in feminist literature as significant abuse of power by individuals in higher status (usually male supervisors) over that of lower status (mostly women), yet a more meaningful explanation is provided by the theory of Established – Outsiders relationship. According to it, sexual harassment is a resistance offered by the Established social group (usually men) to the Outsiders (usually women) in the latter’s quest for equality in opportunities and status. Therefore with the increase in number of women finding their way into the labour market, their decibels for acceptance across ranks will rise, threatening the “ordered” society and acknowledged status of the Established. And with it will grow the counts of sexual harassment incidents. This will continue till the balance of power becomes less unbalanced between both the genders. An expert report on sexual harassment in workplace commissioned by the European Union (completed in 1998) cited evidence in support of the above argument. In companies that employed more than 75% women, no sexual harassment incidents against women were reported, while majority of such incidents originated in companies where strength of women and men were equal.

So we need organizations to act as active conciliators during the negotiation of power between the Established and the Outsiders. We desire that they smoothen the transition and foster inclusivity in the limited but very well defined social space within their walls. This is important, for sexual harassment not only threatens individual safety and dignity of women, but also promises to dent the profitability of the businesses significantly. It may be recollected that after Mr. Phaneesh Murthy resigned from Infosys post a sexual harassment scandal in 2002, the company’s share price fell by 6.6%. This is in addition to the substantial payout that was made to settle the case. Despite this huge financial cost associated with sexual harassment, it’s often surprising that organisations show reluctance to follow the legal guidelines to prevent this. This was even acknowledged by the Honourable Bombay High Court in the Vodafone judgment. While opinions regarding this apparent hesitation may vary, I believe it’s because companies see little or no interest of theirs being served in driving this conversation for equality. Specifically, one section of the Sexual Harassment of Women at Workplace (2013) legislation disincentivizes all intended goodwill to act.

Section 22 of the said law reads, “The employer shall include in its report the number of cases filed, if any, and their disposal under this Act in the annual report of his organisation or where no such report is required to be prepared, intimate such number of cases, if any, to the District Officer”. Contrary to popular opinion that this clause would “size up” companies in taking sexual harassment in their premises seriously, I argue that this section could contribute in making organisations more passive witnesses in this struggle for equality and dignity. For there is little motivation to do the right and more loss in being just. The announcement of number of sexual harassment cases in the annual report could influence a certain imagery about the company in the labour market. In this globalised environment that demands the acquisition and retention of the best possible talent for a sustained competitive advantage, a knowledge of number of sexual harassment occurrences could possibly make the workplace significantly unattractive. This could make organisations unwelcoming to the aggrieved women and cautious to register their grievances. The Internal Complaints Committee, despite being present, would be reduced to a mere cosmetic tool to showcase compliance than action. For example it could never be a badge of honour for Wipro to top the list of highest number of recorded sexual harassment cases in the last financial year. Not even for ICICI which follows it at number two. Loss of reputation is undesirable. Further it inhibits access to resources. And in this case, human resources. Hence Section 22 must be repealed.

Last, the Indian law acknowledges that only women could be sexually harassed, which is an erroneous position to be in. Data across the world provide evidence that men have also been the victims this trauma, if not in equal proportion. For example the United States Equal Employment Opportunity Commission (US-EEOC) reported that 11.6% of the complaints of sexual harassment in workplaces received in fiscal year 1997 were from men which rose to 16.3% in 2011. A conversation on equality can never succeed if power of the State or the organisation is inclined towards a single gender. This is discriminatory to say the least. It only aids in repeating the history of dominance with a different axis of power, rather than creating a history of progress. Further every harassed employee, irrespective of gender, becomes a disengaged cog in the wheel of business. Taking a leaf out of the US-EEOC, it would be progressive to recognise that “the victim as well as the harasser may be a woman or a man”, and that “the victim does not have to be of the opposite sex”. This would provide more teeth to the law where employees would be treated as individuals having rights rather than genders seeking support and endorsement. For in the end it is individual justice that is of paramount importance.

Surya Prakash Pati
A seeker of meaning, teacher by profession and learner by choice.