More
HomeOpinionsThe disappearing innocence of food in India and what you can do about it
Opinions
Updated: 29 September 2017 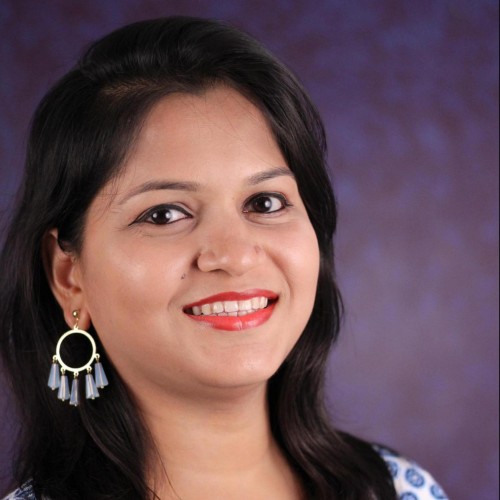 Siddhi Panchal
Siddhi Panchal is a food blogger at CookingwithSiddhi and food aficionado who loves to cook. Her cooking skills cover a range of Indian and international cuisines. Her aim is to enable other food enthusiasts explore their love for food by helping them cook delectable dishes from India and around the world. Follow her on YouTube.

And this is not all – one small mistake in preparing a gravy can ruin it completely. Though perfection is overrated – still one would expect the internationally acclaimed chefs to be a bit more careful while showing their expertise at Indian cooking.

It takes a lot of time to understand the right combination of spices for different vegetables and meats. Unlike most restaurants, who basically offer everything in four major gravies (red, green, brown and white), the food cooked in Indian homes is much more diverse.

There are numerous small tips that are passed on from one generation to another. These small nuances in cooking can not be learned in any crash course. Also, this nitty-gritty in the preparation and presentation of food make India’s food scene one of the most vibrant and distinct.

Over the centuries, India being a melting pot for different cultures has created a unique cuisine which carries elements from all across the world. In all these years there has been a pattern where people coming to India, adapted their cuisine depending on India’s geographical and cultural patterns. Goan cuisine is a fine example of this adaptation.

However, in the last few years, the world has seen a remarkable change in consumption patterns with the widespread use of Internet and smartphone. There is this new fad for finding the authentic flavors. Apparently, the Chinese, Mexican and Thai food that we have been served all these years in India is not authentic enough. The paranoia to discover the authentic is really dangerous for foodies who see cooking as an art form without boundaries – rather than a perfect science as being projected by the purists.

There is another parallel trend for finding healthier (organic) alternatives and superfoods. Experts claim that the red poha (flattened rice) is better than white poha, while white gud (jaggery) is better than the brown one. There are no scientific studies to prove these claims; however, they do make a good impact for those who are trying to gain attention and differentiation in the market with their so called “organic alternatives”.

The information pollution created by dieticians, health experts and nutritionists is so vast that it has impacted decision making for a normal healthy eating Indian. The atmosphere is overloaded with misinformation on what’s healthy and authentic, rather than simply what’s tasty and hygienic.

So here’s a simple way to rediscover what you have been missing in the recent times. Go back to what you or your family used to eat in the early 90’s.

Try answering these questions putting yourself in early 90s.

Here’s what mothers have been telling to their kids since ages, and it still makes perfect sense.

However, times have changed. The present generation is being raised by parents who themselves weren’t able to understand the value of the above rule. These are the parents who believe that a meal can’t be completed without an aerated beverage. They devour chilli-chicken and chilli-potato and think that walking 20 minutes in a park is enough to remain healthy. They love chocolate in milkshakes, pastries, cakes, cookies and even corn flakes. They cringe at the thought of consuming humble Indian veggies like Lauki and Turai – restricting their veggie intake to select few.

One can’t expect such families who like going out and consuming pizzas, burgers and other trashy food on weekly basis to stay healthy for long. Hence, like the US, obesity and lifestyle related health problems are becoming a major challenge even for India. According to a Times of India report, India has seen a surge in obesity.

The situation is obviously worse in urban centers. We have been led to believe that traditional Indian food made with spices and Desi Ghee is not good for health; while that made with Olive oil and exotic herbs is better. Again there is no scientific study supporting these claims. Rujuta Diwekar, a diet expert who has worked with celebrities like Kareena Kapoor, recommends eating Desi Ghee as it reduces cholesterol by increasing the contribution of lipids towards metabolism.

She has authored four books raising awareness about the goodness of Indian food.

“We should not wait for the West to acknowledge it (Indian diet) as something of value. A diet that is not culturally compliant is a diet that won’t last beyond two meals. Why is killing yourself at a gym and starving a better idea than giving food we grew up eating a chance?”

Anything quoted as sugar-free and trans-fat free is good for health is a myth. There is no to consume dietary supplements and protein shakes. There is no need to separate egg yolks – they don’t make you fat – just make sure that you don’t consume 12 of them at a time. There is no need to consume complex cooking oils which claim to be low in cholesterol – natural oils (mustard, groundnut, and sunflower) are healthy enough.

Nonetheless, it’s not all doom and gloom. An average Indian spends more than 13 hours a week cooking, which is around double the international average. That’s right; majority of Indians are very particular about their food and they prefer it homemade. The Indian diet is diverse and complete in itself. Sticking with traditional food, cooked in traditional style can offer great benefits than obsessing about anything that’s from the West. The need is to recognize the quality and value of simple, freshly cooked Indian food and promote it with pride.

Siddhi Panchal
Siddhi Panchal is a food blogger at CookingwithSiddhi and food aficionado who loves to cook. Her cooking skills cover a range of Indian and international cuisines. Her aim is to enable other food enthusiasts explore their love for food by helping them cook delectable dishes from India and around the world. Follow her on YouTube.