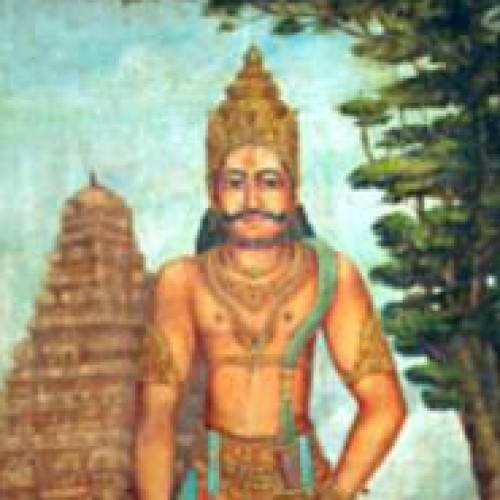 The media and the #notinmyname nonsense would have you believe that beef related violence has started only since Mr Modi took charge, but nothing could be further from the truth than this calumny. Before I begin, I must clarify that even one instance of violence is one too many, what I am objecting to here is the coverage by the media and portraying it as though this is a new phenomenon.

Beef and cow slaughter has always been a sensitive topic in India ever since the Islamic invasions began. Humayun was the first Mughal emperor to personally stop eating beef (pp 83, Tezkerah al-Vakiat). This change of heart took place after a clash between his soldiers and Hindu civilians over the consumption of beef.

Akbar was the first Mughal ruler to ban cow slaughter. He also personally gave up eating beef, and banned the slaughter of animals on Hindu festival days.

The “love of Cow” is not some invention by the sangh, as is suggested by some of our esteemed “liberals”. The Ain I Akbari which talks quite extensively on the “cow question” has this to say,

“Throughout the happy regions of Hindustan, the cow is considered auspicious and held in great veneration.”

The Ain I Akbari then goes on in detail about the cow for a full chapter. Akbar loved his cows and is said to have purchased one for 5,000 hupees (sic).

Akbar, the treatise goes on to say, paid much attention to the improvement of cattle and created an administrative structure for all the Royal cattle. There is a further chapter on the nature of servants to be employed in cow stables.

The same work then says that and I quote,

He also believed that it was wrong to kill cows, which the Hindus worship and interdicted (sic) the use of beef.

The treatise then says that Akbar’s doctors confirmed the Emperor’s views that beef produced diseases and was indigestible. The Emperor even made the very act of touching beef a crime. As an aside, the Emperor also foreswore garlic and onions (one proper Jain Muni he seems to have been). On Diwali, the Emperor had cows adorned and brought before him, something his subjects liked.

Clearly, the love for cows and beef bans aren’t new or restricted to Hindus.

Shah Jahan upheld these laws as well. It is telling though that Aurangzeb, when he was the governor of Gujarat chose to slaughter a cow within the premises of a very holy Jain temple and then converted it into a mosque.

Moving on, the earliest Beef riots are recorded during the Raj:

Gene R Thursby in his Hindu Muslim relations: A study of controversy & conflict  says that cow protection amongst Hindus goes back to the 4th century AD.

He records that the first recorded planned agitations took place in the 1880’s. He lists three steps by which this was achieved (pp 77). Alarmed by the popular support this gained the Raj as always played both sides. On one hand Hindus are given assurances that their demands would be looked into, while the Muslims were told that their interests wouldn’t be affected.

The violence started in 1881 in Multan, on 21st April riots broke out over beef and needed the army to step in. Casualties are unknown. Post the riots, the tensions were so high that a permanent police force (paid for by a special tax levied on the town) was stationed there.

In 1883, disturbances and riots broke out over beef in Bombay and Varanasi.

Lahore in 1884 saw tensions rise, but thankfully no riots.

The book then says and I quote,

What follows are a series of bloody riots caused by Beef or as the British termed it, “the cow question”.

1886 saw riots in several cities in Punjab (during Eid) over the “cow question” as the British termed it. 1886 also saw Diwali coincide with Muhharam and saw bloody riots in Delhi, Hoshiarpur, Ambala, Etwah, Faridpur and Alapur.

1893 saw riots erupt in the United Provinces resulting in a 100 dead.

In 1909, Muslims sacrificed a cow in public in Calcutta this resulted in bloody riots. Army needed to quell the riots.

1912 Riots in Ayodhya, needing the Army to step in.

1912 Riots in Fyzabad, again the Army needed to quell the riots.

1918, intense riots in Saharanpur, 30 Muslims burned to their deaths, army needed to quell the riots.

This particular work stops with 1928 Riots, but other sources mention these riots near continuously till 1947.

As you can see, the “cow question” is at least 600 years old and not some evil sanghi invention. The media need to stop projecting it as such. The problem is a failure of law and order and undoubtedly the states need to crackdown hard. But let’s not invent a conflict just to push an agenda. The fault lines over beef run deep, and definitely, over time the violence has reduced. It is possible (I have not studied any data points for the recent past) that we are seeing a spike in violence over the past 3-4 years, but let us not whitewash our own bloody past.

A past that has seen the “cow question” cause 100’s of bloody riots resulting in large numbers of both Hindus and Muslims being murdered. Lynching or mob violence has no place in a civilized society, and we should definitely be raising our voices and get the powers that be to take strict action. Pushing a one sided agenda though, is not the solution, and if anything will only serve to exacerbate issues more and create a polarisation where none exists.