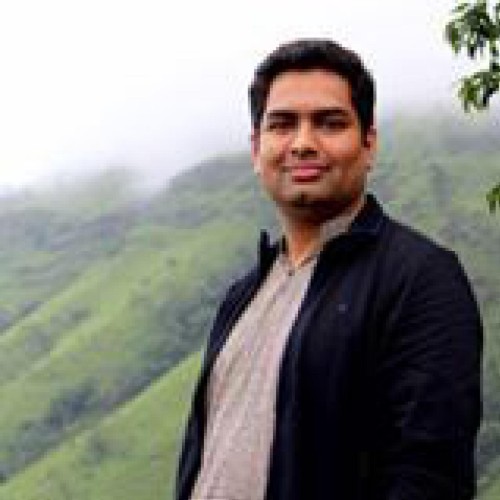 People who have grown up in cities like Bangalore, Mysore, Mandya and surrounding towns have always been subjected to the Cauvery water dispute. What I have seen from my college days is that this problem starts whenever there is less rain and scarcity of water in KRS dam. And political parties in Karnataka and Tamil Nadu start their political games and people eventually  suffer.

What I haven’t seen in this entire episode is that no politician from both the states have taken any responsibility towards this matter and have tried to come up with  a solution to this issue or at the least come up with a plan in the interest of farmers and city dwellers depending on drinking water. Burning bus, Padayatra (walking) and declaring Bandhs will neither solve this issue nor any dispute for that matter.

We need to focus on the water problem with high importance and come up with different plans, based on  the annual rainfall. We cannot have one straight forward solution for Cauvery issue.

Most of the countries in the world are facing similar water issues, but Israel stands best in their solution for water conservation, proper usage and sharing of water. I know it is not easy to implement policies in our country as it is in developed nations. However, the scenario is changing fast in India, where people are preferring solutions over Bandhs and burning bus which shows that people are changing faster compared to political parties. It is high time for political parties to change their leadership and bring in people who want to work for the betterment of the society. As quoted in some book, political parties still feel “Water problems are a proxy for bad governance, and there is lots of bad governance”.

Let us look at some of  the major reasons for water issues in general.

Population:
Population of Bangalore has been increased from around 4 lakhs in 1941 to around 84 lakhs in 2011. Water consumption has also increased in the same format. But BWSSB couldn’t gear up to provide water from Cauvery and 3 lakhs bore wells have been dug in Bangalore and nothing much has been done to conserve underwater. Lakes are encroached and many do not exist today.

Rising middle class:
Rise in the middle class in Bangalore, which is mainly from IT industry has increased water consumption. Big companies and malls have dug up lots of bore wells and people are not so sensitive in their water usage. Washing cars/vehicles, Air conditioners and usage without any limit has increased the water consumption in the city. People want water by paying more, but no one wants to seriously think of a solution.

Climate Change:
The deforestation in Coorg and the development activities which supported cutting trees in Bangalore have also contributed to the climate change. Change in the pattern of rain is also one of the major problems. In November 2015, we witnessed 15 days of continuous rain in Bangalore due to heavy rainfall in Chennai. There was not a single sunny day for continuous 15 days. This helped in filling the lakes, but since majority of lakes do not exist now, this becomes one of the main reasons for decrease in the underwater level. No major rain in the catchment will reduce the water storage in Dams. Deforestation in Coorg should be addressed and reforestation should be promoted in such places.

Pollution:
Water pollution is also reducing the amount of usable water for human beings. Bangalore had lots of lakes once upon a time, which made the city livable, but now most of them do not exist. Growing food for the increased population and animals require larger amounts of fertilizers and pesticides, some portion of which will be carried to water resources through the rain. All the chemicals used on soil will make its way to these water sources ending up polluting them.

Water Leakage:
This is one of the major problems which I have noticed in Bangalore. There are lots of places where lakhs of litres of drinking water is wasted every day from the water wall, Leakages in water pipe etc. Many people at home have water taps with leakages but do not bother to fix. There are many public taps where water is wasted or stolen regularly. 30% of water leakage is seen in London city and 25% in Chicago. I feel that Bangalore city might be facing up to 60% of water leakage.

The country which has minimum wastage of water is Israel. It did not achieve this in one month or so. It took decades to achieve this. Nir Barlev who was once the head of the Ra’anana Water Corporation (municipal water utility) says “The world’s water crisis can only be solved with smarter use of the water we have”. One major innovation adopted by Barlev during his tenure is Distant Meter Reading (DMR) technology. He describes it as a cell phone married to your home’s water meter that makes a call every four hours to report on your water usage.

Many people will not reinvent their interests when they are 59 years of age. Only very few will take their second job as seriously as their first, like Israel’s “Water Man”, Simcha Blass. When he was about to retire from his job, Blass returned to the idea which had flashed him 25 years ago. When Blass was visiting a farm to supervise the drilling, he saw a row of trees planted along a fence, one tree was taller than all others. He thought that all the trees were of the same species and planted at the same time with same soil, rainfall and climate. He was curious to know why just one tree was growing so robustly. Inspecting around the tree, Blass found a leak in a metal irrigation pipe near the base. He suspected that these small but continuous drops of water were going to the tree’s roots. He thought that these droplets were the cause for the growth of the tree. He moved on in his life and later when he turned 59, he started thinking and came up with the drip irrigation system, the best methodology till date to save water.

There was a major discovery by Blass of Drip irrigation. It saves fifty to sixty percent of water used in irrigation.
The productivity of the crops watered with drip irrigation was higher.

These revolutionized the irrigation system in Israel and around the world.  Recently I read a report where Paddy was grown using drip irrigation in Rajasthan. We have a huge potential in Karnataka and Tamil Nadu to adopt drip irrigation and move away from the traditional system and save 60% of water. Government and leaders should give this a serious thought and the people too should adopt this. This solution would be the first step to minimize the water problem in Cauvery basin for now. As the saying goes, ‘the Society always remembers the culprit and forgets the crime’ is relevant to this issue and we should stop focusing on the people creating this issue and heed to the actual problem (water issue), which will help us in solving issues sooner.

Let There Be Water: Israel’s Solution for a Water-Starved World