More
HomeMediaMe in conversation with Aakar Patel and his wife over Pakistan and patriotism
Media
Updated: 8 October 2016 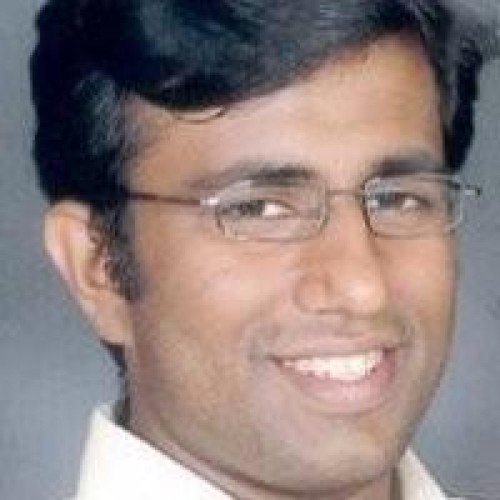 Me – Consider myself an Indian, but now being branded by media as “Internet Hindu”, “Bhakt”, “Chaddiwallah”…..

APW: What is that?

Me: For years we have faced attacks on our soil, sponsored by Pakistan. We have ample proof about Pak involvement in Mumbai attacks, sponsoring terrorism on our soil, hosting Dawood inside Pakistan. The world was not taking us seriously – and we were like “soft state”, as if you can continue to batter us like “child’s punching bag” and we would bounce back again.

APW: Okay, so each time there is an attack on us we will give up restraint? Or are we in a permanent state of strategic unrestraint?

Me: We did not wanted Kargil, it was imposed on us. If the situation warrants, when our repeated calls for taking action against terrorists fall on deaf years, we cannot continue to sit in our home, and wait for the “brain-washed” terrorists to come and attack us. We had to take some formative action.

APW: Okay. What level violation from the enemy will trigger our retaliation doctrine?

Me: How does that change the things? The enemy still continues to bleed us, even when we are not retaliating. We are sending a clear message to the enemy – if you want to continue to backstab us, let us meet in the open, else if you continue to do it behind a veil, we would be forced to “pre-emptively” take action rather than wait in anticipation. How long do you think we should continue to be backstabbed?

Me: Years of terrorism and proxy war has bled the country in terms of mens, resources. They are unrelenting and would not refuse to stop. The current sponsoring of terrorism cannot go forever.

APW: Okay. Will talking to them continue? Or are we at war?

Me: When a country is sponsoring terrorism on our soil continuously – we are at war – even if we call it “proxy” war. Our soldiers continue to fight and die on the line of duty in our own land. Where is peace?

APW: Doesn’t this strike mean we believe we can force them to comply? Then why do we need to talk to them?

Me: Oh, do you read news. Do you know that Vajpayee had initiated a lot of discussion to resolve the issue, when Kargil happened. Manmohan Singh government continued to talk even after the dastardly Mumbai attack on our soil. Even the so-called “war-monger” Modi, who came to power extended the dialogue with Pakistan.

APW: Okay. We punish them in order to get them to behave?

Me: This is not about making them behave. We cannot wait in our homes and anticipate. Here the choice and place of attacks are completely in the hands of the enemy. Now we would go ahead and keep the enemies on toes. If it means going for all out war – so be it. We do not want war, but what to do if war is being bought to us, in our home?

APW: We broke their country into two but they haven’t learned to behave. Will they behave if we break them into two again? Or four? How can we know what level of punishment is effective?

Me: What makes you think we broke the country into two? For god sake if you do not watch news, there is at least google or wikipedia. Anyway for you – On March 1971, after the election victory by an East Pakistan political party led by Mujibur Rehman. The Pakistan Govt responded with violent aggression. Here do you believe New York Times, let me google an article for you – read this.

Over 2,00,000 Bangladeshis were killed in the violent reprisal, over 2,00,000 – 4,00,000 women were raped. Islamic clerics issued fatwas in support of raping Bengali women, especially Hindu women, as they considered the conflict a holy war. Over 10 million refugees – 1 crore influx of people as refugees in to India. Refugees were dying in India. Nixon the US president sneered – “Indians need a mass famine”.  Also it was not because of 1971 elections. Pakistan had always given step motherly treatment to Bangladesh – even when it was called “East Pakistan”, land of Muslim majority. There is a long story about it including a devastating cyclone, do read it, to realize, we did not “co-ordinate” the split, including creating a typhoon.

Bottomline is we were not responsible for breaking the country into two.

Also Pakistan keep on sponsoring terrorism on our soil – based on Sikhism and Kashmir. It tried to sponsor creation of Khalistan and continues to do so. However unlike the Pakistan states, Indian states have more powers, more decision freedom. Even in face of calamities the country stands as one – be it in Chennai, or in Mumbai, or in Assam or Kashmir.

APW: What have we won?

Me: We have communicated – that we would now retaliate. The world thinks of India as a “soft-state”. Pakistan thinks that it would continue to disrupt India by hosting Dawood and other terrorists – and denying it in face of evidences. It would continue to deny Mumbai attacks even after arrest of its National, laughing at us. It feels India as a “responsible state” would not consider or threaten with nuclear war, while it continues to say “mein bomb podh doonga”.

AP: Let me put it other way around – will not retaliating ensure no repetition of terrorism. How long you want dialogues to continue, and acts like – Kargil, Mumbai, Pathankot, Uri among countless others can continue?

I am not saying “retaliation” would stop “repetition of terrorism”, but “talks” are not working either – especially since past 16 years.

(Meanwhile Aakar Patel quipped in and said to his wife)

AP (to his wife): What a stupid thing to say! Will not retaliating ensure no repetition? You’re a hater!

APW: This is not about the Prime Minister at all. We’re discussing India and all of us have a stake in it.

Me: AP, why did you call her a hater all of a sudden? And APW how did you equate “hate” with Prime Minister, the elected representative of the people. Lets discuss India.

Both of them (to me): Oh so your in “majority” and that is why you are imposing your thoughts on us.

Me: Hey!! Soldier there are not dying for any Hindu, Muslim, Sikh or Christian, they are standing for Indians – for India. And we have around 15 crore Muslims, that is definitely no less, even though Pakistan was created on religious lines. It is not a question what majority wants, we need to talk as Indians ….

At this point, they started to raise their voice like and shoved me out

APW (to AP) : We need to start out act again. Getting a third party is not working. These bhakts and chaddiwallahs gang have started to talk “being Indian”.

And so it began –

She: What is that?

Me: Not retaliating when we are attacked.

The post background is as fictitious as fictional conversation published in the blog on Times of India.