More
HomeOpinionsStop The Circus - Revolutions are not always the answer
Opinions
Updated: 1 March 2016

Stop The Circus – Revolutions are not always the answer 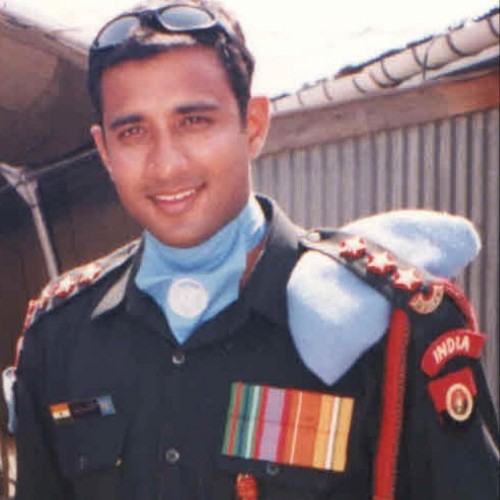 Don’t Fix what ain’t Broke. A good philosophy most times.

The image of this small Syrian baby washed ashore, jolted the soul of the entire world. Yet we missed the ‘Big Warning’ this small dead boy carried.

Will let you in on a soldiering secret. About what is on the mind of soldiers when they are going into the battle. ‘It cannot happen to me’. That is the mindset of most soldiers. That the foot on the landmine cannot be mine. That the bullet doesn’t have my name on it.  India, today is driven by the same thought. ‘It cannot happen to us’. The babies that are dying cannot be ours. Massacres of Syria are not us. Sunni killing Shia is not us. Hindus cannot kill Hindus. Coups of Pakistan are not us. The ISIS animals are another world.

And yet, the Jat agitation that started as a benign sit-in, engulfed us into riots, mayhem, loot, rape. It could have been a calamity, if water to Delhi was cut. What it could have spiraled into, may not have registered on many. Because, it cannot happen to us.

Yet! It was there, breathing in your face. Don’t miss the warning! The animal kingdom is not too far away. It sits very close. It sits within us. We have the same instincts. Similar survival skills. Same destruction traits. Did you see a glimpse of Syria in Rohtak?

Point is this. We are a billion people. All with a voice. All with something to say. Of late, we have a hyperactive media and now… mobiles.  Social media. Suddenly, all the billion voices are there. All loud. All together. All divergent. All convinced that they are the right voice. NONE willing to cede an inch. However the world is at a particularly tricky juncture. Islam is in turmoil. In a different way in India as well. But I don’t think it is only Islam that I hear. So, what are these voices? What is it that we hear? Well, what we hear now is not just the desperate Muslim calls to maintain status quo. The voices that we hear are of Inequality. Of  social divide. Of Haves and Have-Nots. Of our singular evil legacy, the ‘castes’.

What we hear sir, is the knock of Revolution…at our doors. Its been there before but this time, the knock is more shrill, more agitated. Perception of injustice, suppression and denial is huge. A perfect seed for the Idea. The idea of equitable redistribution of resources and wealth. The Idea of Socialism. Under different names and often with ulterior motives, this idea has always been used and abused in the past. And always without fail this Idea was corrupted once the distribution was done and new leaders fell to the greed of their new-found wealth.  Creating Bourgeois out of Proletarians. Redistribution of wealth will always have takers because the idea itself is a very romantic one. It has always existed because historically the distribution has never been equitable and Man’s greed always keeps the Idea going.

All in all, we have been served a heady cocktail of perceived Islamic suppression, a caste divide that splits us right in the middle and extremely restive Have-Nots that are very willing to snatch it if it is not given otherwise. Unfortunately though, those who romanticize with the idea of social revolutions are not aware of how a Revolution unfolds. It comes at a cost. A massive cost of destruction and suffering. If memory fails us on history of Leningrad, the Arab spring hopefully should be fresh. Suffice to say, the process will be vicious, fierce and laden with blood. The quelling will start with the police. The counter will come from the naxals, ranks will be joined by the outlaws, the armies will be called out, Armies themselves will change character and loyalty. All that we find reprehensible today will be witnessed in extremes. Bloodshed, rape, plunder, loot, everything. We will have to reach the middle ages before we settle. If you are tempted to say ‘it cannot happen to us’. Look around again. Syria, Iraq, Egypt, Serbia, Czechoslovakia, Lebanon, Libya, Yemen. Also a name will come to your mind – USSR, the powerful sovereign, where fathers had to sell daughters for a loaf of bread… and for the sake of a trailer – Haryana.

Yes Sir! It can happen to us.

Question is – Do we need a Revolution ?

Revolutions happen. From time to time. Usually the society has an instinct of when that time has come. Instincts that tell you when the Evil King is to be overthrown. Instincts that tell you when free people are turning slaves. Unfortunately this time loud voices from hyperactive media and extremely opinionated social media are drowning good sense, reason and instinct. These are voices that confuse. Voices that create unrest. Makes one wonder. Are we there yet? Are we in need of a Revolution? I believe that Theory of Relativity is more applicable in everyday life than in physics. It gives us a good sense on where we were and where we are. Where we are and where we could be. And my take is, that this Revolution is premature and uncalled for. That we will lose more. At least for the pawns that are being put up for slaughter. In our diversity we are delicate. We are not as strong as we perceive. We are an embodiment of great  discontent and anger. We can shatter into pieces quickly. The freedom and prosperity that we have today is something that common people have never had in this subcontinent. Lets savor it. Lets safeguard it. Perhaps a good thing for us will be to collectively ‘SHUTUP’, to do our jobs, to read our books. Now, is not a good time. What you perceive as wrong is nowhere compared to the hell we may be turning our world into. Lets not invite Jihadi Johns to our land. Let not those be our babies.

Lets not fix what is not broke. Stop the circus before it’s too late.