Sorry Leftists – Ravana and most Rakshasas were Hindutva Agents 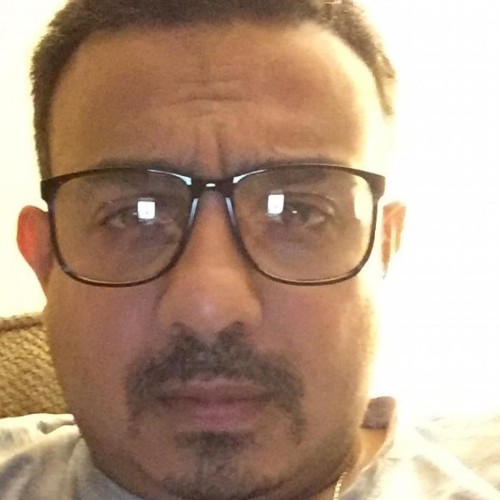 There is a very interesting connection between the Indian Coastguard and Ravana, the iconic character in Ramayana.  Acharya Chatursen’s forgotten historical novel title which tells the story of Ravana from his perspective is titled as “Vayam Rakshamah” which in Sanskrit means “We Protect” also happens to be the motto of the Indian Coastguard.  Acharya Chatursen (1891 –1960) was one of the finest Hindi writers (used Sanskrit extensively in his novels)  who challenged many leftist-liberal arguments through his path breaking books like ‘Vayam Rakshamah’ , ‘Sahyadri ki Chattanen’  based on Shivaji’s times and life and ‘Somnath Mahalay’  based on invasion of Mahmud Gaznavi and destruction of Somnath temple. He wrote over 72 published books and over 250 stories.

“Vayam Rakshamah” is the most non-demonizing and humane version of Ravana that’s has been presented by any writer of his times. At the same time, he is mostly remembered as a Right wing author and had his share of run-ins with the Nehru establishment of that time (even though initially Acharya was a friend of Nehru)

Like SL Bhyrappa, the famous Kannada novelist, Acharya Chatursen extensively researched his subjects and presented a history-centric view in his novels. Ravana in “Vayam Rakshamah’  is brought in as a unifying factor  of various sects of his time under a  collective protectionist umbrella called ‘Raksh’ (which means ‘to protect’) philosophy and thus may have been the origin of the word ‘Rakshasas’.

What’s unfortunately happening now is an attempt to tear down the symbols, icons and legends of  Sanatan Dharma with a wild goose chase for a “liberating champion” from the collective genre of ‘Rakshasas, Asuras and Daityas’ without any understanding of the fundamentals of the system. The left-liberals miss a point here that the Sanatan Dharma has always been a platform for every possible counter narrative elements and anti-thesis even in its popular myths.

For every Vishnu and his avatars there is a Shiva who is not only is the beloved of Rakshasas but the “Guru” of Gurus of Rakshasas or Daitayas namely Shukracharya. While it was well-known that from paternal side Ravana was the son of the sage Vishrava who in turn was the son of Pulastya who being the son of Brahma, all of them associated as ‘Aryan God’ by Left-lib standards, but even on the maternal side there is an interesting narratative.

In the Brahma Vaivarta Purana‘s there is story narrated by Narada – when the Sun God Surya tries to kill Rakshasa brothers – Sumali and Mali. Shiva intervenes and protects them by killing Surya with his trident. While Surya is revived later but Shiva nevertheless earns a curse of a lifetime from Surya’s father Sage Kashyapa that in future his (Shiva’s) son would have his head chopped off (read Ganesha). Mali and Sumali were the maternal grandparents of Ravana (Sumali had a daughter named Kaikeshi, who married the sage Vishrava and Ravana was born out that wedlock).

While every Purana has a perspective, but this one definitely shows the extent to which Shiva went to protect the Rakshasa clan, a counter narrative to other Puranas where Vishnu was primordial protective of Vedic Gods

Even from a Vedic perspective the root word ‘Asu’ from which the word  ‘Asura’ is derived  denotes afterlife or spirit world. In fact Vedic Gods have been called as Asuras many times in Vedas. In the Rig Veda Book 1 , Hymn 174  Verse 1 addresses Indra as

(King of all the Gods, O Indra: protect the men, O Asura, preserve us. Thou  Lord of Heroes, Maghavan, our saver, art faithful, very rich, the victory-giver.[i])

Then there is this whole argument that certain gods and goddesses are beyond the preview of Hinduism and are ‘Tribal’ in  origin. Firstly the word  ‘Tribal’ ‘is etymologically derived from the Latin word  “tribus” which came from  ‘three divisions’ associated with the Roman Empire. The 12th century English literature borrowed that word and to alienate forest dwellers from mainstream – later, this word was applied in Indian context.

And since when the forest dwellers or tribals are not part of Sanatan Dharma ? Their worship of air, water are more vedic than anything else. In fact Ahobilam, Andhra Pradesh – considered the birth place of Lord Narasimha – the locals/forest dwellers (read tribes in Left language), consider Narasimha as their own son-in-law who is believed to have settled there after killing Hiranyakashyapu. Narasimha is believed to have married Chenchu Lakshmi the daughter of head of local forest dweller community.

Till today as the first right of worship that too with a meat offering is given to the locals for one the Nine forms of Narasimha located in the Ahobilam forest. This version of Narasimha can very much coexist with the ones worshipped by the Madhava and Ramanujan sects. Also will the left-libs who want to appropriate Ravana also accept the contributions of Ravana in astrology, ayurveda and tantric worship and accept them as mainstream?

Similarly after Vishnu slayed Rahu, it was Shiva who made them (Rahu & Ketu) powerful Navagrahas to be worshipped for eternity. Sanatan Dharma by nature is multi-faceted and harmonious in blend. What people forget is that the myths, symbols and legends were used and contextualized to represent the inner struggles that every human being faces on a everyday basis.

As an example the famous verse from Chandogya Upanishad states that the ‘Svarga’ or the ultimate heaven exists within oneself,