NJAC and The Sardesai of Law

When Mr. Rajeev Dhavan is not writing BuzzFeed like articles, he is arguing high-profile matters in the Supreme Court. In representing the Babri Masjid Action Committee in the age-old land dispute and Open Magazine in the Radia Tapes hearing, he has carved a name for himself, and his style of argumentation is nothing short of impressive. Apart from two moments of outbursts, with one being against a judge and the other being against a current Additional Solicitor General, his demeanour in the court is subtle, sly and sarcastic.

While, as a junior advocate, I am no one to question Mr. Dhavan’scredentials, I have never been great at adhering to the predefined principle of judicial chaaploosi. His attitude in the Times Now debate on the Supreme Court judgment in the NJAC case reminded me of the time I saw him speak against the introduction of a Uniform Civil Code at a convention in Delhi where he failed to make any argument and spewed his unadulterated self-righteousness and bombastic allegation with unmitigated bias.

Mr. Dhavan’s assertions on the debate consisted of random ‘constitutional’ rhetoric regarding ‘justice texts’and their trusteeship. I have never come across this interpretation of our Constitution as it functions on a carefully crafted mechanism of checks and balances, and not a strict separation of power. His appalling personal remarks over Finance Minister’s election and his ‘maneuvering’ of the electoral process, summed up the real reasons for his opposition to the NJAC. Mr. Jaitley could have shot back with the allegations of sexual harassment against Mr. Dhavan, but he is more graceful than that.

One of the favorite tactics of Mr. Dhavan and his likes, is to relegate the parliament and its democratically elected members to mere ‘politicians’ and play on the media narrative surrounding politicians as evil and corrupt. This elitist arrogance is hardly worthy of a ‘constitutional expert’. An act, like the NJAC, passed not by the brute numbers of one party as it used to happen in Indira Gandhi’s time , but by consensus and debate and support from all political parties, must be given its due weightage. 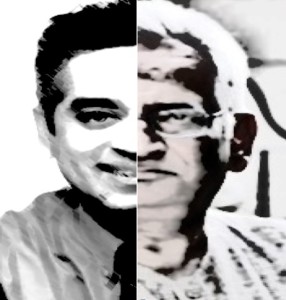 It is the people of this country, that gave this country the Constitution, with the preamble saying –“We,the people of India, having solemnly resolved………enact and give to ourselves this constitution”. If Mr. Dhavan could try to see beyond his myopic anti-establishment intolerance, he would see that basic political science theory of the social contract suggests that it is people/individuals who have consented to surrender some of their freedoms and submit to the authority of the State, in exchange for protection of their remaining rights. In a democratic republic, it is the representatives elected by the people through popular mandate, which represent the authority in charge of the legislative process. He ridiculed the assertion that ‘the Legislature decides what is best for the country ’ casually ignoring the fact that the only prerogative of the legislature is to enact laws for the people keeping in mind their best interests.

The Indian judiciary and the intellectual class suffers from this constitutional ‘fear psychosis’ which has its genesis in the Emergency era wherein the Parliament sought to abrogate basic principles of the Constitution. Our democracy has very ably learnt that this supposed ‘will of the people ’ must not be supreme with its bitter experiences in the Indira Gandhi era. The judiciary very ably developed the doctrine of basic structure of the constitution which curbed the power of the parliament to amend the Constitution. But vote by all but one parliamentarian, a vote by 20 State assemblies, must most certainly not be final, but should be given its due credence within our democratic and constitutional setup.Mr. Dhavan stoked this anxiety to full effect which is not surprising considering most champions of democracy and free speech in India have mastered this art. (Refer to recent media propaganda starting from Church attacks to Yakub to Sahitya Akademi, etc)

To play on the goodwill of the judiciary, Mr. Dhavan tries to portray as if the judiciary is the protector of the poor of this country and the judiciary has protected the rights of the people versus a corrupt legislature filled with ‘politicians’. While this may seem reasonable to the average reader, this isn’t really true.The irony is that the legal profession and its functioning is one of the most elitist, oppressive and closed in the country. They are ruled by a handful of ‘senior’ advocates and the other lawyers survive on meagre pay checks, exorbitant working hours and little rewards.

Mind you, the collegium system does not merely affect the appointment of judges, it also has profound impact on the bar and its dynamics. The bar functions on the designation system where different Courts/Tribunals in the country, have the power to designate lawyers with a requisite amount of practice as ‘Seniors’ or ‘Senior Advocates’. Being designated a Senior Counsel results in numerous social, professional and monetary benefits, and typically it is done on the basis of undefined and highly subjective criteria without proper enquiry or transparency. Senior advocates like have enjoyed such influence and ‘friendships’ with the bench and the top echelons of the bar for ages. As research has clearly shown, these seniors wield highly disproportionate influence over the bench in terms of getting the desired results for their clients. Their practice, their respect at the bar, the matters they get, the clients that come to them and their fees are a direct product of their relationships.

What Mr. Dhavan forgets is that the designation process and profession by nature, does not value talent, hard-work or skill rather values your connections and surname. One of the most respected judges of this country, J. Krishna Iyer, used the word incestuous in reference to the collegium system because in India, most judges (about 70-80%) to the higher judiciary are appointed from the bar which leaves immense scope for nepotism as the minimum criterion and the merit criterion is absent. There are barely any promotions from the Lower district courts to the High Court, and even if such promotions take place, they happen close to the District judge’s retirement date.This results in a mutually reinforcing power group comprising judges and senior advocates exchanging positions through consequent generations at the very top perpetuated through the history of the Indian Bar.

This judicial aristocracy could have been curbed to an extent by the NJAC, but the elite clan stood strong to protect its turf. It is this clan that had long-delayed the entry of the foreign firms in country, it is this clan that will most likely never let the IAS-like Indian Judicial Service be a reality. The IJS would have been a perfect solution as it takes the nepotism away from the selection process which even the NJAC wouldn’t have done. But, for the IJS to become a reality, it was necessary to establish the NJAC for the institution to organically evolve in to something more pervasive like the UPSC.

Mr. Dhavan probably  in the concept of a judicial commission as he wrote this in 2009:

The Supreme Court and the rest of the higher judiciary have still a long way to go in the matter of judicial appointments and oversight over judicial indiscipline (including corruption). Our present methods to deal with these issues are weak. We need a National Judicial Commission.

Was it because there was the secular, liberal, progressive government of the Indian National Congress at the time and he flips his academic stance since a ‘fascist’, ‘conservative’, ‘illiberal’ Modi Government is in power 2015?

Interestingly, he while mentioning his problem with the role of the executive in judicial appointments also talked about how people have to go through ‘dalals’ to reach the politicians. The use of the word ‘Dalal’ was special here as soon after, he mentioned how Mr. Bharadwaj, as law minister, influenced judicial appointments in the 1980’s. He says he was privy to such meetings where he would be sitting in the judge’s house and the judge would tell him to go to a different room as Bharadwaj was coming to see him. While the presence of the Law Minister at the house of a judge is slightly conspicuous, it is not per se immoral. If anything is immoral, it is the presence of an advocate at the judge’s house, due to appear before the same judge the next day potentially defending criminals. The word ‘dalal’ boomeranged a bit there.

His attitude in the Times Now debate on the Supreme Court judgment in the NJAC case reminded me of the time I saw him speak against the introduction of a Uniform Civil Code at a convention in Delhi with typical arrogance, self-righteousness and bombastic allegations with unmitigated bias. After all, human rights are to be applied ‘secular’-ly.

Perhaps Mr. Dhavan has borrowed Rajdeep’s ‘moral compass’. If he finds time off the fashionable rights based litigation, maybe he could read this piece. A minor research in his career, his stances on debates and the comments made by him on important issues, I have no doubt in concluding the Rajeev Dhavan is the Rajeep Sardesai of the law. A person whose time has passed, but he desperately trying to cling on to the straws thoroughly revealing his hypocrisy and arrogance.

Lastly, I remember Mr. Dhavan referring to himself as a ‘struggling lawyer’. A humble request to you ‘sir’, please leave that honour to humble folks like us. Humble folks like us became lawyers to match the achievements by people like you.Unfortunately, the elitist attitudes of those at the top have demolished the hope of a fair and competitive environment for lawyers to compete and perpetuated the judicial bhai-bhatijawaad.