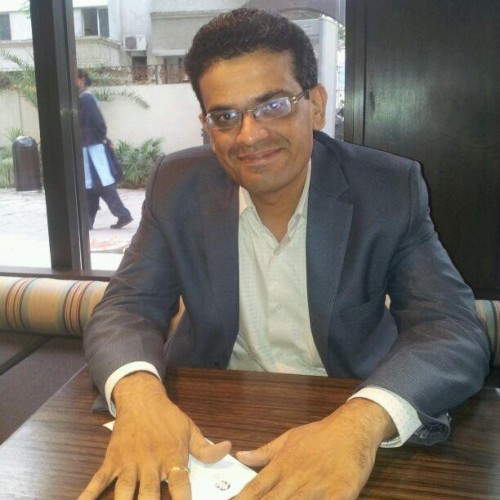 Even the most impassioned supporters of Aamir Khan would agree that as far as perception goes, he has lost the battle over his “leaving the country” remarks fair and square. Other than a few devoted Hindu-phobe journalists and celebrities with iffy credentials at best, India spoke unanimously yesterday and their message was simple “Knock it off Aamir”.

What was equally clear was most people did not think Khan was over-reacting or was under a false impression, most people that I read on social media seemed to think Khan was playing a mischief. I must confess I agree with the majority opinion.

And here is where I truly admire the liberal brigade. When it comes to defending the indefensible, they are second to none. So since today morning I see a new onslaught of posts that substantially seem to say “you reacted so strongly to Khan’s remarks. It kinda proves his point about intolerance”.

No, no and no. It does not. And don’t you dare to make this muzzling free speech debate. I will explain why.

First of all the constitutional right that we all have is about free speech. It simply means I cannot be harmed or persecuted for stating my beliefs in either writing or through speeches and the law will protect me if somebody makes a stand against my aforesaid right. It says nothing about Consequence Free Speech. Let me say that again- free speech- part of the right. Consequence Free Speech- not part of the deal. Let’s expand on this a bit.

To truly understand the ridiculous nature of the “opposition proves intolerance” let’s examine what options we have when someone makes a statement we do not agree with. One is to fold in, to surrender and agree that the other person is right. Other than the moral wrongness of it, unfortunately liberals all over the world are not only sour losers but even worse winners. Three days back, Indiatimes was forced to pull a series of pics since some feminists like Kavita Krishnan found them offensive. In their apology Indiatimes stated they were committed to gender equality. Kavita’s churlish response was “no you are not”. This after she got her way with Indiatimes. In a serious issue like intolerance, God only knows what kind of restrictions will be put on the majority, if we admit the intolerance slur even for the sake of avoiding unpleasantness.

The other option is for you to ignore the debate altogether. Many people think this to be a safe mid-way option of keeping your beliefs to yourself while not trying to change other people’s mind. Unfortunately, like the “None of the above” option in the elections it does nothing to stop the wrong opinion from gaining majority. Social media and media can be seen as actual, physical space where if one party leaves the space the other one must invariably get to own the same. So by keeping your opinion to yourself you have just allowed the opposing view point to gain more ground.

That leaves the third and rather unpleasant option. That is going out there and voicing your opinion and opposition to the said views. That is what happened yesterday. And since the overwhelming majority of the people expressing their thoughts disagreed with Khan, he got bashed. To infer the majority expressing their disagreement with Khan is a proof of their intolerance is like claiming a vigorous defence to be the proof of the accused’s culpability.

I have mentioned in my blog a year back that social media has made the conflict between the liberals and the right wing strangely symmetrical. All the right wing thoughts and opinions that mostly left minded media chose to simply sweep under the rug has come to the fore with the advent of social media. Journalists who were used to bully their line of thinking on an unarmed public suddenly realized that not only they were failing in making their opinions popular, but most of the public was wise to their act. That also partly explains the incidents like Rajdeep Sardesai trying to beat up a NRI at Madison Square Garden last year and the generally abusive, insulting language used by mainstream journos on their twitter handle.

However, it is clear that the liberal brigade having realized that they do not have numerical superiority are now pushing back with the shields of civil rights. And hence now the argument is that the people’s response to Aamir’s statement is an attack on his personal liberties and free speech. It is not. He is free to say he feels threatened, we are free to say he is politically motivated. There is nothing in this that will trip a neutral observer.

To expect people not to react to Khan’s statement is an expectation of consequence free speech. And not only consequence free speech is not a part of free speech but it is expressly in conflict with the same. Just think what do we call countries where prominent people hog all the media bandwidth, say what they like to say without being asked to substantiate it, and do not brook rebuttal, no matter how logical. The word for these countries is dictatorship and when it comes to expressing opinions liberals seem to think that is just a fine way to work things. Mr. Tufail Ahmed referred to it today as “monopoly of expression” and I think it is as apt a description as any.

The trap set is three steps and should now be clear. Step one is a baseless provocative statement is made that is calculated to cause offense to the majority. Step two is allow the inevitable negative reaction and step three is to use the said negative reactions to provide proof of the allegations made in first place. However, due to the reasons explained above, the media and social media mind-space cannot be left vacant for the liberals to occupy.

Remember the final sequence in Aamir’s Lagaan where he tells his team-mates something like “for these guys this is just a game, for us it is a question of our lives”?

Please understand for millionaire superstars like Aamir such incidents are merely tools to achieve more power/money or fame. For common people like us allowing the rhetoric of intolerance to win will literally have life or death consequences. So let’s stop being nice guys and refuse to vacate the social media and media space. Occupying wall street was a way for the commoners in USA to protest the greed in wall street, occupying FB and Twitter will be a good way for us to protest those opposed to our tolerant way of life.