Indian conviction of the “Akhand Bharat” 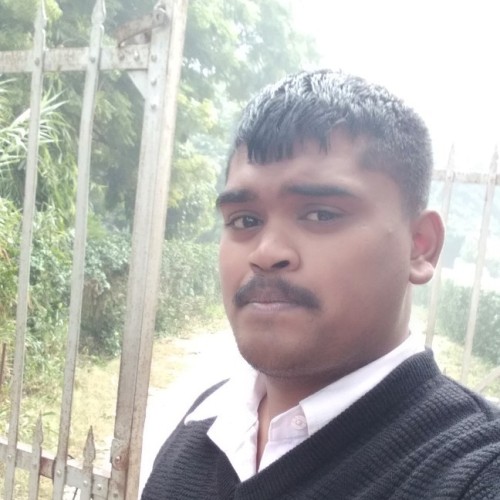 Shivam Kumar Pandeyhttp://rashtrachintak.blogspot.com
I am persuing my MA in Economics from University of Allahabad• Ex-BHUian Graduate in Economics •Adv. Diploma in Com.App.• Son of EX-ArmyMen• Blogger • Defence, Political and Economic Columnist..

After the abrogation of Article 370, eyes look and ponder upon POK. In the parliament, Home Minster Amit Shah stated in his speech, “Kashmir is an integral part of India, there is no doubt over it. When I talk about Jammu and Kashmir, Pakistan occupied Kashmir and Aksai Chin are included in it.” When on this, opposition leaders deemed the minister was getting “worked up”. Shah hit back saying he was “ready to die for it”.

“Akhand Bharat” the agenda of ruling government of India. It won’t be fulfilled without occupying and including POK. Akhand Bharat is not a just political rather cultural concept. Recently, Defence Minister Rajnath Singh also said, “PoK is currently occupied by Pakistan and not even a single family is left without losses. They contributed a lot to the development of the country, PoK refugees should get full justice. They are looking up to India. We can’t forget that Baba Amarnath is here. How can Mata Sharada be there?”

The intentions of people seating in the government is very clear about POK and, there is no doubt everyone wants POK back. But fact of the matter is out willingness and how much we are prepared for it? This not a movie or a game, this is, albeit an ideological battlefield but blood is very much spilled, soldier martyr, people die. It is a popular belief that you have to lose something to get something. Here, it is the same thing – without sacrifice you are not going to get anything. Indian Government, though seemingly looking of the right time has forgotten by the time “the right time” arrives, we would have then lost thousands of people fallen victim to the wrongdoings and brutality of Pakistani Army.

Even now, in the name of CPEC, China is openly exploiting Balochistan. Baloch activists and human rights defenders have raised their voice against the multi-billion-dollar China-Pakistan Economic Corridor (CPEC) and, termed it as a project of looting and plundering of natural wealth of Balochistan. A few days ago Protest held outside Pak Embassy in London against “fake encounters” in Balochistan. The protest was called by the Baloch National Movement, demanding Pakistan to end its unlawful and inhumane occupation of Balochistan.

As per the dossier, Pakistan have adopted a campaign to pick-torture-kill Balochs who are fighting for their rights. In only five years, 41,000 women have disappeared in Balochistan, the largest province – geographically – in Pakistan. As many as 22,600 Baloch people disappeared in 2020 and 366 were killed in 2021. This year, so far, 75 Balochs have been already killed by the security forces of Pakistan. On March 17, the Human Rights Council of Balochistan claimed that 480 people were made forcibly to disappear and 177 were killed in the province during 2020. The report also claims that over 15,000 children have been enslaved by the security forces in Balochistan. Pakistan has been carrying out massive military operations in Balochistan. To simply term it, “It’s one of the worst genocide in human history.”

Chinese have their own agenda of expansion policy. Sources said that Chinese engineers are not only working on the CPEC , they are also involved in defence projects for the Pakistan Army in Pakistan Occupied Kashmir (POK), Balochistan and Sindh. About 10-12 Chinese People’s Liberation Army (PLA) personnel have been spotted at Sharda, in POK. Indian government needs to and should take strict action with all their force and power. Only talking and winning at diplomatic level is not efficient, the need to showing off the millitary power is ever so growing. This is the matter of our motherland and, we can’t tolerate it and just to find ourselves repeating the mistake of Nehru Era.

There is a possibility of heavy infiltration via PoK. Chinese soldiers have been spotted active in the Sindh and the restive Balochistan areas, are building storage facilities in man-made caves in different areas. These facilities have been spotted in Ranikot in Sind, along the Sehwan-Hyderabad highway, about 50 km from Nawabshah, the nearest big town. Similar constructions have been reported in Khuzdar, in central Balochistan, where a missile regiment is located. This is ever so dangerous & government can not sit close-mouthed his on such type of activities from the Chinese PLA’s.

Nowadays, what we’ve been seeing is killing of apple traders and drivers from outside the state ferrying apple crop, preventing shops from opening, the threatening the children away from schools… all this, is nothing but a part of narrative of the terrorists. Increase in target killing of Kashmiri Hindus, leading to migration and fleeing. Terrorists are also targeting labourers who have come to Jammu and Kashmir from outside states to create fear among them and disrupt trade. Our Armed forces have been doing a great job, teaching them lessons, killing many terrorists within a year.

But, at the same time, so many casualties takes place. The simple agenda of Pakistan is to train youth in the name Islamic Jihad, making them a near perfect militant, physically & mentally trained, sharply infiltrate India to further spread Jihad and, Chinese PLAs are helps them, who themselves killed Uiger Muslims in their own country. Like 1971, we have to focus on the make use something solid, like a “Mukti Bahini”.

Balochistan Liberation Army (BLA) is, proven, perfect example of it. We have to support them, provide them with arms and ammunition, believe or not they target both, the Pakistani and the Chinese PLAs army. They show no mercy upon them, because they see the heavy rainfall of their own blood. In front of them, their mother, sister and women are mercilessly raped by the Pakistani army, killings of thousands of brothers, will surely make them want to take revenge.

I think that the country’s armed forces were fully prepared for any eventuality, including possible action in the Pakistan Occupied Kashmir (PoK), given, if the government clears it. There is need of Political will of Government. Our armed forces are always in the complete state of preparedness. We can not raise the question on the intention Prime Minister Narendra Modi, he is a proven great personality known extensively, for his decision making beyond the comprehension of the World.

Whether you go back to surgical strike in Myanmar or after Uri, it shows & proves the strong and powerful leadership of the Modi. We can see it becoming ever so clear when after the Pulwama attack the Air strike that was carried by the Indian Air force in which estimated 250- 300 terrorist were killed in POK. The Abrogation of article 370 in was made to happen in the Modi Era. We can never forget, how he unfurled the Tiranga (tricolour) at Lal Chowk in 1992. He is man of his word.

Modi ji, though maintaining to keep his silence on PoK, has shown through his actions, that we must hope that government has a “special strategy” for Pakistan Occupied Kashmir, which will be executed and such things will not be discussed in public.

Shivam Kumar Pandeyhttp://rashtrachintak.blogspot.com
I am persuing my MA in Economics from University of Allahabad• Ex-BHUian Graduate in Economics •Adv. Diploma in Com.App.• Son of EX-ArmyMen• Blogger • Defence, Political and Economic Columnist..