Is Covid-19 a blessing in disguise for India? 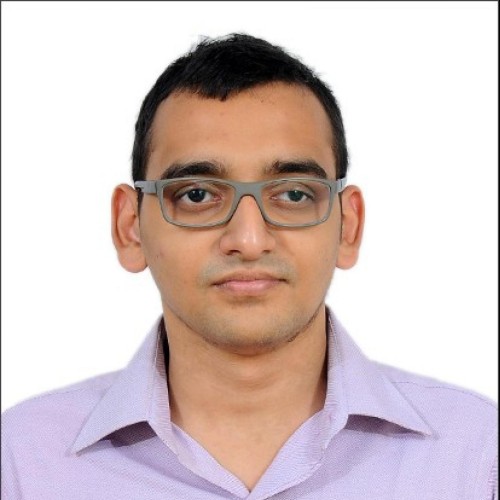 Shreyansh Mantri
I am working as a Business Analyst in a Startup, very keen to write on topics like Business, Economy and Diplomacy. you can provide me your valuable feedback on my email id - [email protected]

The last few months are very difficult for India- be it complete lockdown, migrant crisis, economic slowdown, border tensions and rising coronavirus cases. Amid of all this, Nitin Gadkari – a highest-ranking cabinet minister said Covid-19 is the blessing in Disguise, which insights that the medium and long term picture of New Delhi would be completely different.

Even in this crisis and lockdown India’s IT sector is managed to serve their customer seamlessly and Pharmaceutical industry exported HCQ so-called life-saving drugs to 97 countries which were lauded by many industry executives and countries, this gives New Delhi a bigger power and trust especially in the West when its other counterpart Beijing is busy in taking the advantage of this situation.

But now let’s look at the bigger picture and what things are changing and what impact it is going to make in the future for World’s biggest Democracy? While most of the companies are looking for China plus one policy India seems to be a tough competitor to Southeast Asian countries. The situation was different a year before, according to the study of Nomura just 3 out of the 56 companies are planning to shift their manufacturing base in India and remaining were planning to shift to Vietnam (26), Taiwan (11) and Thailand (8).

The majority of these companies are electronics or electronic component maker in which China is a leading exporter. But something has changed in a few months starting with Production linked Incentive (PLI) of around 40,000 crores to promote phase electronic manufacturing. This scheme has succeeded earlier assisted India to become a net exporter of mobile phones and increasing the local value addition to 17%.

But the long term commitment by these MNCs is just due to the PLI scheme and is it limited to electronics manufacturing only? Not really!

Things have changed after Covid -19, RBI has down the interest rate to 4 % making the cost of capital much cheaper. Uttar Pradesh (UP), Madhya Pradesh and Gujarat relaxed labour laws, large land banks are identified and offered to industries both in economic zones and non-economic zones. Almost all large states are competing to take the larger pie of industries shifting to India from China and the increasing efforts by the central government to ease the business ranking and open more market to the foreign firms including the current reforms in agriculture and coal sector.Also, the impact is not limited just to the electronic sector, German footwear brand Von Wellx is shifting it’s entire production from China to UP. Swiss major IMR Mettalugical Resources – AG and Hyundai propose to start their steel plant in Andhra Pradesh.

The biggest beneficiary is the Pharmaceutical industry which apart from exporting HCQ and Paracetamol there is a high chance that the Vaccine manufacturing to the world will be through the doors of Serum Institute of India, world’s largest vaccine manufacturer. The Covid-19 panic situation compels the government to manufacture API locally with 10,000 crores of investment provided by the GOI to develop a complete value chain in the country itself. Due to the world’s supply chain disruption in Pharmacy US FDA has approved the record licenses to the Indian Pharma company which will give a big boost to the export to the US.

In the case of Atmanirbharta (self-reliance), domestic companies have played a great role in manufacturing PPE, ventilators and COVID testing-kit which has never been manufactured before. Army canteens to provide only made in India products,  Adani group to manufacture solar cells in the next 3-5 years to reduce the influence of China.The current tension with India-China border fuels the need of Atmanirbhar Bharat, GOI asks industries to reduce their import from China, most of the companies who don’t find effective import substitution from alternative countries will make in India. Government entities try to reduce their import from China to zero especially in the telecom and power sector, even some domestic engineering companies tend to benefit if their Chinese counterparts are boycotted to participate in government global tenders and companies.

On diplomatic front New Delhi has gained a great edge vis-vis Beijing whom West is considering the threat to the world after the start of this pandemic. Trump invites Modi in G-7 expansion. Borris Johnson, UK Prime Minister wants India to participate in developing 5G equipment, New Delhi becomes a founding member of GPAI (Global Partnership on Artificial Intelligence), an Artificial Intelligence group among large democracies. And Andaman-Cocos island swap agreement with Australia for military use to counter Beijing’s threat in the South China Sea and Indo pacific region. Russia ready to fast track sales of 33 fighter jet to India to counter its friend China whom it shares 4200 km of the boundary.

On the current situation, anyone can debate that India is not China in terms of economy and manufacturing powerhouse and above achievements are just a tip of the iceberg but Covid-19 gives a new start and positive image to New Delhi and if GOI focus on continues improvement in the land, labour and electricity reforms, faster and massive development of infrastructure, reduce red tape, greater spending on Research and Development, consistent state and central policies and becomes trusted and reliable partner of West then India can definitely surpass China in few decades.

Shreyansh Mantri
I am working as a Business Analyst in a Startup, very keen to write on topics like Business, Economy and Diplomacy. you can provide me your valuable feedback on my email id - [email protected]