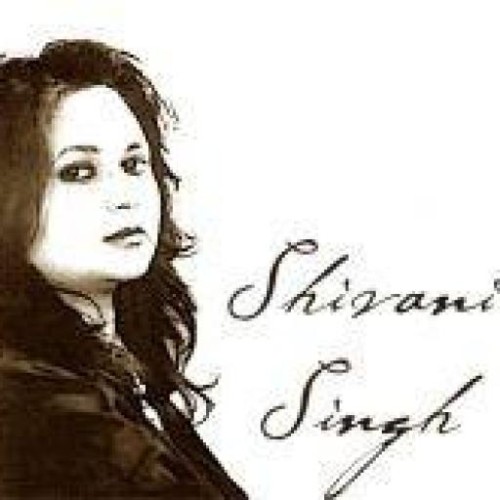 ‘Desi’ is a word usually used as a prefix in the Indian lexicon. Since the word means Indian in Hindi a desi Indian translates as Indian Indian. The answer to the question as to whether there are other ways to be Indian is yes, there are. The non desi Unindian Indian genus is called the Indian Liberal. The Indian Liberal is the jewel in Macaulay’s crown. (Short scoring answer)

a) an embarrassed Hindu

b) a closet Hindu

The Indian liberal is like the particle that gives a new twist to Heisenberg’s quantum physics principle by somehow being in two locations at the same time. Desi Indian is the inside insider. Since Indian Liberal is obviously a class apart, the Indian Liberal is the insider who views India from the outside, the inside outside insider Unindian Indian with the outsider perspective. Definitely not desi, if this is sounding like Quantum Physics.

It is important to remember that Indian Liberal’s love for India is not desi love. Indian Liberal loves India the way an outsider would love India. Henry Louis deRozio is the best example of native love for country. He deigned to call himself a native so it’s not an oxymoron stupid. No non desi can go pucca (pronounced as parker) native like deRozio. Weep over his patriotic poems. Learn how not to be desi hypernationalist. That brand of patriotism not only doesn’t cut the mustard, it’s dangerously fundamentalist.

Why, is an important question so take notes.

Because an Indian Liberal should not cannot and should dare not have an original identity because that immediately transforms the Liberal into a desi. Also known as Sanghi bigot. Very little needs to be known of this genus except that it is saffron in colour, wears khaki shorts and drinks cow urine.

Further details or questions are not in the syllabus.

If Indian liberal is non vegetarian then it is necessary for Indian Liberal to find the right coordinates in ‘Secular’ non vegetarian Universe. Beef eating is the correct and standard norm. In a five star system beef eaters definitely get five Michelin type stars for secularism. Pork not so much.

A non meat eating Indian Liberal is on thin ice, given the strong desi culture of Vaishnavite vegetarianism. This hairy problem can be resolved with veganism. Veganism is perfect because it came from ‘abroad’.

Veganism is not to be confused by the Vedic tradition of compassionate rearing of cows .This should not even register in the Indian Liberal mind because the Vedas are virulently desi. Unless Spain or Sweden discovers the Vedic perspective on dairy and trademarks it, then it’s okay.

A) An Indian Liberal should espouse feminism but support hijab, Triple talaq and halala as individual choice. No contradiction and nothing regressive going on here. It’s religious freedom, stupid. Unlike Durga Puja, which is irrational idolatry.

The correct definition of Feminism is given in Second Sex by Simone de Beauvoir and only those who can pronounce her name correctly are real feminists. Even if she had an extremely misogynistic relationship with Sartre it’s all fine, just read his books and pronounce his name correctly.

B) Gay pride and LGBTQ rights are important for the Indian Liberal. But Islamic homophobia is again a matter of religious freedom, stupid.

Objecting to this is Islamophobia. And Islamophobia is not secular. That makes Islamic homophobia progressive. Q.E.D. Jihad? That’s easy. Jihad is religious freedom at best and at worst it does not exist. For the purpose of dialectic it is an existential notion of ‘strife’. No, suicide vests have absolutely nothing to do with it.

C) Conversion too is religious freedom. Opposing it is Sanghi bigotry. When cornered Indian Liberal should always invoke the Sanghi bigot. It not only works like a talisman, it’s an easy way to score marks.

D) Germany, Japan and all of England’s enemies in the World Wars (yes they are so many but need to be learnt) are racist supremacist fascists but never Pax Britannia. Why? Because the books in the Indian Liberal school holiday reading list didn’t have anything deprecatory on ‘the English Empire where the Sun never sets.’ Out of syllabus that’s why. So no sweat.

E) Historians who have studied at SOAS or Harvard can be called Indologists, for they know how to cite western sources. Homegrown desi historian varieties are not called Indologists. They are called Sanghi ignoramus bigots. Why? Stupid question. Indians in India cannot be Indologists.

No, Indian Liberalism is not the symptom of some pernicious condition. No, the victim does not succumb to an authority that prevents independent rationalisation. No, it does not incapacitate the victim rendering an underived opinion or a healthy relationship with India impossible. No, the victim is not doomed to a Heisenberg purgatory where enforcing bwana’s opinions is all that remains.

Yes, Logic is a manual written by bwana. Yes, the disassociation needs to be permanent. An Indian perspective is desi bigotry. The only proper way to go desi is retro chic. Remember the rules. India must be viewed from the outside. For those who don’t know how there is plenty of hope.

This is only the introductory level of the beginner’s course of a life long indoctrination, there’s still a long way to go, but don’t worry you’ll get there some day. Till then let the white man think for you by proxy. And if you don’t know how subscribe to Washington Post and New York Times. And keep forwarding gaumutra memes.