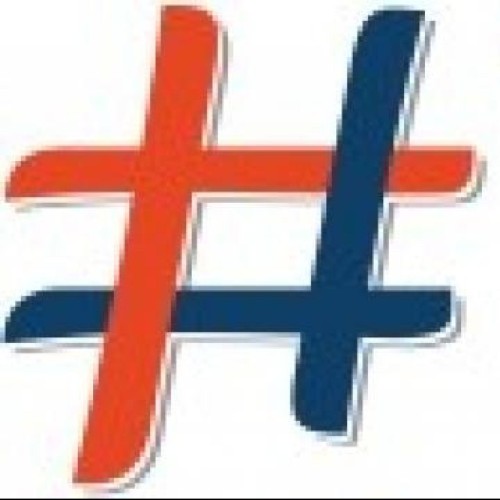 India and Nepal were called natural friends are now heading towards a diplomatic derail in relations after Nepalese Communist PM “K P Oli” declared in Nepali parliament that Kalapani area in Pithauragarh District undisputedly belong to Nepal. This controversy raised when Nepal reacted with alarm and anger to India building a link road to Lipulekh which was inaugurated by Rajnath Singh. In 1997, India and China agreed to open the Lipulekh pass to facilitate a travel route to Mansarovar but it was just paperwork and no serious actions were taken even this pass continued to be closed.

Nepal says Kalapani is part of its Darchula district in Sudur Paschim Pradesh. Kalapani is largely a valley formed by an arrey of Himalayan rivers, Kali, Mahakali or Sharda River at various points in Nepal and India. This pass has been used by pilgrims to visit Kailash Mansarovar since ages. China never wanted this pass (Pass is a natural road created between two mountains) to exist because it is a big connecting link between India and Tibet. It was also a historical trade link and also a link to exchange culture and friendship. India closed this pass after the Chinese aggression in 1962. But in May 2010, India reopened the Lipulekh pass for Kailash Mansarovar following construction of a new 22 km road which opens from a village called Gunji.

China strategically doesn’t want India to build this road because although it is a road meant to fascilitate pilgrimage but can be used for other kinds of transportation and will add to strategic power of India in that area. China cannot object the construction of this road because it falls in Indian Territory and once constructed can pose to be a issue for china. China can defiantly object opening up of Lipulekh pass for at Tibet but that will bring huge international criticism for china for not allowing easy pilgrimage to Indians. This can also fuel anti china sentiments in Tibet and china will never want that. Out of this compulsion China has to show that it has no objection towards building of this road. Now china was left with only one option and that was to use Nepal as a tool and stop Indian road. We all know that Nepal Communist party is supported by china because communists believe in the theory of boundary-less world, as per there theory whole world should be ruled by only communists and to underpin this theory communist parties around the world always support each other. Because of the same theory USSR also supported communists around the world.

The Chinese Intervention in Nepal politics can be easily understood by the fact that In the early May, the political crisis had deepened in Nepal and senior leaders of Nepal Communist Party had publicly demanded resignation of Prime Minister KP Sharma Oli, he approached China which is said to have played a significant role in saving his government. Chinese Ambassador Hou Yanqi held a series of meetings with senior Nepal communist Party leaders and resolved the crisis. In Nepal there is communist Government ruling the country. When the Chinese supported communist Government is ruling Nepal it’s obvious that china would like to use the government for the very purpose they supported them and Nepal Communist party will have to support Chinese mission, but although there is a communist Government in Nepal but conditions were not very favorable because Communist government of Nepal was not stable and a small downward wind would have shattered Chinese dreams. Now, china had to work towards building public sentiments against India, in Nepal. They were waiting for an opportunity to defame India among Nepali People and they got an opportunity that they were waiting for.

This all started in 2015 with Madhesi movement in Nepal, I am not blaming anyone but it’s possible that this movement could have been a part of strategy laid down by Chinese agency MSS (MSS is Chinese Secrete agency meant to work under the carpet) . due to which IOC (Indian Oil Corporation)  blocked the supply of petroleum products to NOC (Nepal Oil Corporation) for five months. Chinese pampered Nepali media and also social media influencers were used to blame India for this petroleum crisis to build anti India sentiments in Nepal.  Although the supply started soon in February 2016 but still anti India sentiments were fueled to make people think India as a country which is trying to exploit Nepal and china which was presented as a savior. This way the myth of Chinese friendship and hatred towards India was injected into the blood of Nepali population. This was Just the start of a bigger game that china was about to play and create a rift between India and Nepal. Now because people sentiments are built against India so it would be easy to pump any such border issue.

Although the reality was different, China had been using Nepal as a market for their products to be smuggled in India. India has liberal norms towards Nepal and people are allowed to purchase some amount of products and pass Nepal borders. Smuggling from Indo-Nepal borders also adds to Nepali economy. Nearly 56 percent of Nepali economy is dependent on trade with India.  If India makes all the borders strict, and stop trade with Nepal then just 6 months are enough to completely collapse Nepali Economy. Because china can supply them goods but Chinese cannot purchase from Nepal and only market Nepal has for these products is either home users and next is India. But we had good relations with Nepal and India never intends to harass any of their friendly countries.

Is there any Indo Nepal border Dispute?

In order to understand the depth of border disputes we need to understand the history of Indo-nepal relations. Indo Nepal relations goes way back to Ramayana age where Janakpur has been mentioned in the Ramayana as the birthplace of Sita, Ram’s consort. Charumati was a adopted daughter of Indian emperor Ashoka she was married to a Nepalese prince Devapala Kshatriya in Kathmandu. She is credited to have founded the monastery of Chabahil (called Charumati Vihara), which is one of the oldest Buddhist monastery of Nepal. After British became powerful in India Nepal realized the importance of widening their terretory. When Gorkha kingdom was on a move to widen their kingdom a military conflict that happened between East India Company and Gorkha Kingdom. The Anglo-Nepalese War (1 November 1814 – 4 March 1816), also known as the Gurkha War, was fought between the Kingdom of Gorkha and the East India Company. Both sides had ambitious expansion plans for the mountainous north of the Indian subcontinent. The Shah era of Nepal began with the Gorkha king Prithvi Narayan Shah invading Kathmandu valley, which consisted of the capital of the Malla confederacy. Until that time only the Kathmandu valley was referred to as Nepal.

About 99 percent boundary of Nepal is clear and well defined and there are no chances of any kind of dispute. Only one percent area of 35 square kilometer of barren snow-covered rocks at a height of more than 16,000 feet that lies in Pithoragarh district of Uttarakhand, and Nepal claims it as its territory. As the boundaries in this area were not well defined a reference of boundary was taken from British maps. The 1816 treaty of Sugauli that brought the Anglo-Nepal war (1814-1816) to an end demarcated the Mahakali river as the western boundary of Nepal. India also acknowledges this area as Nepal territory but now a new story is coming, as per Nepal claim the origin of Mahakali River is Lipulekh pass so it should be under Nepal’s control. Although earlier also Nepal had claimed that this area had some disputed land but no one was interested in this area because of the extreme geographical conditions.

When IK Gujral was foreign minister that time also Nepal raised such issues but as the geographical mapping of the area was bit difficult inch to inch so it remained as it is. Even the river beds are changing and if this year you mark some area next year you will find little bit of changes in the topography of the area due to landslides and water movements. It was obvious that this one percent area was not mapped properly but IK Gujaral did a strategic mistake to accept any kind of anomalies in border area in this region but it’s a historical mistake which has become a main reason for present day dispute. This kind of dispute never rose before because this area was of no importance to any of the party. Even today this area is not important to Nepal, rather it will be benefited with this trade route. The only issue here is the strategic disadvantage of third party in Nepal which is indirectly governing the Nepal government and obviously that party is China.

What needs to be done

Now after understanding the issue India will have to take some strategic steps to resolve the same with Nepal. Although the existing communist Government in Nepal has a very good excuse of peoples sentiments but we all know how the people sentiments are influenced and only Nepal has to take corrective measures. We cannot move on two boats where one side Nepali government becomes a part of conspiracy and presents the situation to their people as if India has occupied some of its territory and their people are on some freedom fight against India and on the other hand India keeps supporting Nepal economy. The only issue that needs to be taken care in this situation is that if Nepal’s economy collapses china will keep giving loans and when the burden of loan will increase on Nepal China will start occupying Nepal’s area for its military purposes. In Pakistan China has already occupied Gwadar port and similar examples in Sri Lanka and Maldives.