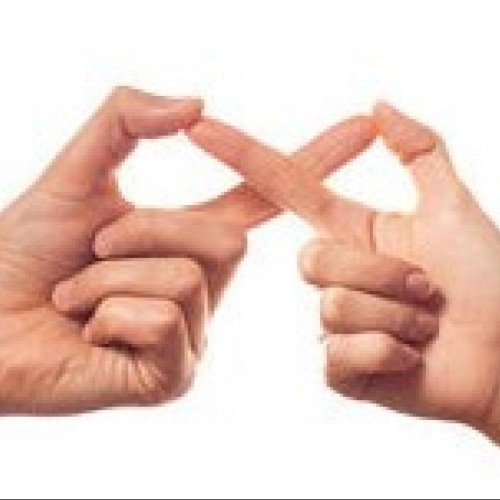 Cricket is a religion in our country and analogies from the cricket-field are spontaneous during testing times. The most pressing concerns occupying our minds is whether India can escape the general trend of COVID-19 and what can be done to further bolster the chances of escape with minimum cost to human life. The entire nation is pre-occupied with facing this existential threat. On the basis of available information so far, what could be the best way forward.

COVID-19 has come a long way from a sneaky outbreak in Wuhan, China to engulfing almost all the major countries of the world. As the responses to the challenge have varied from its initial downplaying, vacillations and misplaced bravados against the threat to strict national lockdowns, so is the price exacted by this deadly virus. India, being home to 1.3 billion people, has charted out her own strategy, reconciling the lessons learnt at international levels to the domestic realties. The fight appears to be longer and protracted one, which has necessitated frequent re-calibrations in the strategy. We are in the middle of our national lock down and should start a serious evaluation of what we have done so far. More significantly, we must look at what we need to modify in our approach.

The response to COVID-19 has so far involved twin strategy of firstly: gearing up the required medical, pharmaceutical and ancillary infrastructure to care for the prospective sudden surge in the number of COVID-19 positive patients and secondly: taking all the necessary steps to flatten the curve through either voluntary or coercive (if need arises) sudden behavioural modifications among the people. These two parts, while being very distinct to each other, are intricately juxtaposed.

It is evidently clear that the easiest part is to do certain calculations about number of infected patients, the growth rate of fresh infections, emerging hot-spots of outbreak on the demand side and  per capita availability of doctors, hospital beds, PPEs, masks, hand-sanitizers, etc. on the supply side. These calculations can be comparatively extrapolated to India and churn out really scary numbers about potential scale of morbidity and mortality in India. However, the x-factor in this situation is the degree of compliance by people which can potentially upset the finest statistical simulations. Therefore, the role of voluntary and in certain cases coercive compliance on the part of people would play a really decisive role in how India fares in fight against COVID-19.

The things start becoming murkier and challenging, when we realize that voluntary compliance tends to be much more efficient and effective than coercive compliance. Coercive compliance is difficult to be enforced for a relatively longer period of time. The challenges are related to the difficulty in measuring the degree of compliance, and coming up with a strategy to ensure continued compliance until the threat disappears. There is no readily available tool to calculate the degree of compliance. It amplifies the fear of a few super-spreaders dodging the compliance for whatever (right or wrong) reasons and accidently abating the explosion of the infection. The case of Tablighi Jamaat in Nizamuddin Markaz is one such example. Therefore, the compliance should be voluntary with a very strict monitoring.

The requirement of frequent adaptations in the compliance strategy to promptly address genuine obstacles being faced by the people is also a highly complicated aspect. The compliance strategy will have to be flexible and must embed an intuitive and robust feedback-cum-correction loop. Such a strategy may require cautious decentralization of decision making without being chaotic. The decision making process must be flattened i.e. passing through bare minimum verticals in the organizational hierarchy. Such flattening can be enabled through innovate deployment of information technology. The launch of “Arogya Setu” app, holding of video-conferences of higher level authorities, are welcome initiatives which must be replicated on large scale across sectors urgently. We need many more apps to better synchronize our efforts.

In the same breath, the adherence to voluntary compliance can be further be bolstered through institutionalization of a strong reward and punishment framework. Family is an ideal primary unit that can enable forming of higher level units in a honeycomb fashion leading up to the national level. The symbolic exercises with high positive optics (gratitude expression through clapping on the day of ‘Janta Curfew’ and now lighting up the earthen lamps while switching off the electricity based lights) can also strongly boost the adherence to voluntary compliance. Similarly, the reassuring appearance of our political leaders through various social media can also play a vital role. The participation of many leaders in cooking and distribution of food for people in need is one similar example where resources are mobilized and distributed in all the sincerity. Dr. Vinay Sahastrabuddhe, Member of Parliament Rajya Sabha, has taken many such efforts involving frequent interaction with multiple stakeholders at various levels.

However, we must also effectively neutralize incidents (and even rumours with high snow-bowling effects) eroding people’s faith in voluntary compliance. Incidents of nepotism and VIP culture where people in position of power, break the norms, accrue benefits and effectively avoiding punishment, must be dealt with in a stringent and deterrent manner. Everyone needs to be equal in the rule of law and similar must be treated similarly if not equally, as per the varying individual circumstances. The people should be assured that their genuine grievances would be prioritized on the base of urgency rather than on extraneous variables. Here, ensuring practical adherence to the exhortation by the Prime Minister “We might be locked down and might be alone at homes but we are not alone. None is alone in this fight” would have a strong calming effect in this uncertainty and anxiety-ridden environment.

A high degree of voluntary compliance is in the nature of ducking the unplayable bouncer. Let us first be firmly on our feet and then position ourselves to play hook or pull some other time. Voluntary compliance, which is a practical philosophy, would decide whether India would duck the COVID-19 trends. The guiding light in these testing times can be sought in the talisman of the Father of the Nation, Mahatma Gandhi:

“An ounce of practice is worth more than tons of preaching.”