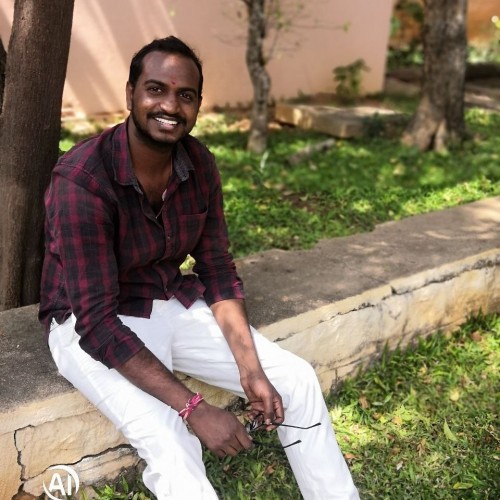 ashachanta
A proud Bharatiya Hindu. A critique of all forms of Communism. Interested in Theology & Indoctrination.

Being a rebel, I’ve always questioned everything and everyone. By the time I turned 15, my enthusiasm converted into arrogance, which lead me to question everything and everyone; not to know but to satisfy my alter ego. By now, you might’ve guessed whom I could be. Yes, you are correct and I am one of those INCURABLES who is a son and grand son of communist ideologues and Me too was a supporter of Marxist ideolog. after all I was cut from the same cloth.

My family was so full of poverty that I had to do a part time job to complete my education. By the way, I’m a B.Tech Mech degree holder by the age of 21 in 2013. It’s time for me to join a full time job and I was posted as a Engineer – Quality & Welding in a Mid Level company with 600 employees under me. That’s when I came across so many “progressive” ideas and applied them one by one and all together and none at all. For almost 5 years, I tried every combination and to my surprise the success was ZERO. Yes, you’ve read correct, ZERO success.

In my disheartened state, one day I’ve come across a video of “Decolonisation of Indian Minds” by Shri Koenraad Elst & Shri Sandeep Balakrishnan. That’s when I started studying groups and their mentality and applying them in my work, the results were amazing which eventually lead me to further study. After 7 months of study, I’ve divided my work force into 3 categories, based on their working patterns and exclusivity.

I belonged to the 3rd category and I was aghast. My ideology and my working style are both in conflict with each other. Never have I ever in conflict with me. And that was the day, I realised my view of communism is wrong and I don’t have any ideology, which left me with tears. I was NOBODY, I represnet NO ONE, I was NOTHING and I had no purpose.

Yup, Communism does that to you, it deserts you all of a sudden, without any prior signs. First it attracts you and then it leaves you forever.

One day, 2nd and 1st group members came to me with a heated debate of “who’s god is perfect?”. Aghast, I was and it peaked my interest and I was listening to them quietly. I never had a discussion on God before and never heard this in my entire career in that work area but there I was. It peaked my interest on Theology, which eventually lead me to futher study of indoctrination and their behavioural patterns.

It was so clear from the beginning and I was too blind to see that. Further research into old articles, news, videos and short reads of Koenraad Elst, Sandeep Balakrishnan, Dan Gibson, Imam Tawhidi, Rajiv Malhotra, S L Bhyrappa, Nagaswamy etc, opened me to a new universe which I never could’ve imagined myself into.

Bed-Venture Circus: Christianity, Islam and Communism. Everybody wants a piece of Bharat and I am not going to let them have it.

Now I know my PURPOSE, I am SOMEONE and I am SOMEBODY. Bharat has so many intellectuals but it lacks warriors and I want to be that warrior and I’m in a process to awaken Kshatriya in me.

ashachanta
A proud Bharatiya Hindu. A critique of all forms of Communism. Interested in Theology & Indoctrination.