AYUSH Ministry to collaborate with FSSAI on AYUSH food supplements is a welcome step, know why? 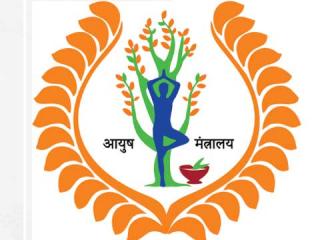 Recently the Ministry of AYUSH has stated that it would collaborate with FSSAI to grant food and health products manufactured using several herbs listed in AYUSH stream of healing practices, deserves rich appreciation. Even after creation of a separate ministry for AYUSH in 2014, the system remains clueless and direction less and is struggling for survival.

Promoting AYUSH as medical science or its products as drugs or those qualified Vaidyas designated with doctor title or suffix will not make AYUSH scientific, credible and effective.  Most of the herb based AYUSH preparations are nothing but are extended versions of food items and the best example being kashyam or kudineer and that can be equated with coffee or tea, churna can be equated with sambar power or idli power, lehiya can be equated with jack fruit jam or mango pulp jam or Puliyodarai mix etc.

Like how we take vegetables for cooking, the pre-designated herbs; for example Tribala – the powdered Terminalia chebula, Terminalia bellerica, Embelica officinalis in dried form are taken, powdered and mixed in equal proportion and that is how the above AYUSH product is prepared.  All most all churna are prepared only by the above method. In the case of lehiya, either jiggery or sugar or honey is used as binder but with a caveat that even the binder is also treated as drug ingredient according to AYUSH.

What is there in the chosen herb that is pharmacologically active, how it should be identified, how much quantity may be required for the preparation to be effective, whether the pharmacologically active substance (s) is present in equal proportion in same species of plant grown and or collected from different regions, what is the mechanism of action, how soon the patient can experience the relief from the given disease etc., if asked, the AYUSH vaidya (in my personal experience with Siddha vaidya) would get raged and may even physically assault or abuse those who make such question. Similarly about Tridosha diagnosis also some Siddha vaidya would avoid from answering but love to talk about allopathic method of diagnosis.

We must be sympathetic and compassionate with AYUSH viadya in private practice because they are helpless whereas those in Government service are getting fat money, God alone knows what they do and why they deserve such salary and designation. The system can be saved only if we re-designate AYUSH as paramedical wellness and health providing system.

If we promote AYUSH as medical system or medical science, its products as drugs and those who graduated from such system as ‘doctor’ would only promote lies, hypocrisy, medication health fraud. If AYUSH is promoted as traditional paramedical wisdom for wellness and health and its products as food items, the system will grow gloriously because the acceptance of AYUSH as wellness and health support system would get better traction in the society.

AYUSH vaidya can offer mind healing, YOGA, meditation etc., along with their wellness expertise to the patients as well as in providing various paramedical services such as massage therapy etc.

If we could bring AYUSH under FSSAI, we can dramatically change the fortune and future of AYUSH. What really impedes the recognition and relevance of AYUSH is the current promotional strategy i.e., promoting AYUSH as medical science and its products as drugs and those qualified from the system as doctor.

Paramedical tag with FSSAI categorization of AYUSH products would certainly save the dying system and also would end cross pathy and quackery by several Siddha (AYUSH) vaidya in private practice in remote rural areas.

Let us save AYUSH not by calling it as medical science or its products as drugs but by calling it as an extended version of food science, evolved more from our kitchen than from research laboratory. That is why even ‘Pakkuvam’ approach is followed in preparing AYUSH products, especially the thaila preparations and not any robust scientific methods.