The Perils Of Multiculturalism 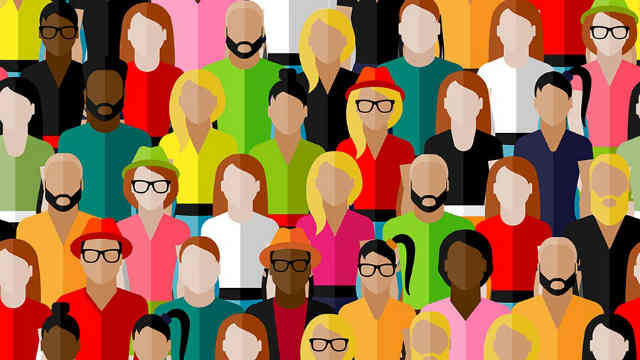 “Unless we learn to know ourselves, we run the danger of destroying ourselves.”

We live in a time where the Utopian-ness of a society is measured in the scale of multiculturalism. More the multiculturalism in a society, the closer it is to the absolute Egalitarian set up. This fact has been drilled into our minds, especially in the Indian minds, that a society’s greatest jewel is its diversity, the variety of multitude living together, as one people. Nevertheless, the recent happenings around the globe are pushing us to question whether this notion of cinematic and literary grandeur holds true beyond the screens and books.

In India, this debate is not new. While some Indians always questioned the assumption, Indians were of the idea that without its diversity India is nothing. Let me also remind you, that when such people peddle this belief, diversity often equals to religious diversity, cause that makes way more political sense. The west, however, has never had such monstrous diversity of its own, so the idea of immigration was appealing to them, and so that’s how the West has become an advocate of multiculturalism itself. The recent London Bridge Attacks have left Londoners questioning whether this liberal philosophy has indeed changed the fabric of their society or not. The answer is, YES, it has, just like in any other place in this world where multiculturalism as we know today has existed. Yet, this argument has its own nuances.

My central problem with multiculturalism, though is something else. It is the way, it is projected. In India, no social science textbook is complete without mentioning India’s diversity, just so that, Indians never feel that a diverse society is a threat, rather believe that it is a boon that our country has, and is something to be proud of. According to multiculturalism, differences amongst the diverse groups should not only be recognised but also is something that should be seen as an achievement. As a result, dissenting ideas and not recognizing a certain groups’ belief system leads to famous, “Bigot Tag” being conferred upon the dissenter.

Take the example of Kamlesh Tiwari. All he dared to, was, to speak against a particular “minority community’s” belief and not only was a labelled a bigot, just for exercising his Right To Expression, but was also shot dead in daylight. Surprisingly, most people who swear by India’s diversity, did not even condemn this gruesome act. This one among the million examples, since centuries, which keeps the very strong point, that if in order to assert one’s right to expression, if he/she speaks against one group, the extremely severe cracks in the foundation of a multicultural society begin to appear. In such a society, criticism is often limited to criticising your beliefs, that too, if your ideology permits you to do that.

A multicultural society, with cultures that have nothing in common, is but a volatile poison, which may erode the very society the moment the ideal parameters are disturbed. In most cases, multicultural societies are a union of contrasting beliefs encapsulated together with intolerance for any criticism of any cult. And no doubt, such a society needs protection from intolerance since that can aggravate the loosely held societal foundations. This implicitly proves that a multicultural society may actually be very far from being Egalitarian. Such a society can never be at peace.

India’s cold past is a testimony to the above-stated arguments. In India, the Dharmic and Abrahamic belief systems are always in conflict with one another, which exposes India’s fragile society that can collapse any moment, if there is any internal or external rebellion. This problem arises because people who do not think similarly, do not believe similarly, do not live, pray, eat, dress, talk, and behave similarly are forced to do so, without any right to dissent. Dissent in most cases is reserved for a special class of people called the “Minorities”.

I do not, however, mean to imply that in generality, multiculturalism is bad, owing to the diverse meaning the word itself has. Pre Muslim India, i.e. Bharat, itself was a den of multiculturalism. Though not the way multiculturalism is deemed today, ancient Bharat was a melting point of cultures, howsoever distinct, invisibly bound together with a very strong civilizational bond. Though the people had varying specific beliefs and interests, the general picture was more or less the same. They were all adherents of Dharma. That attributed to their general identity of being a Bharatiya. The same, cannot be said for today’s India.

All in all, multiculturalism is something societies should adopt not before reading its “CAUTION” note, ticking all the boxes in the prerequisites’ checklist and ensuring cultural compatibility.

A society’s multiculturalism should not be purchased at the cost of a silent genocide or curtailment of basic human rights. Multicultural societies may sound appealing, but these are the greatest threats to persecuted societies, which should never adopt this system until the above criteria are met. It should not be applied to societies which house remnants of any ideology, as that may be the final nail in the coffin of the ailing community.

P.S: There is nothing wrong with Indic multiculturalism, which rather than being called as a multicultural society should be called a syncretic society.