A rational approach to CAA 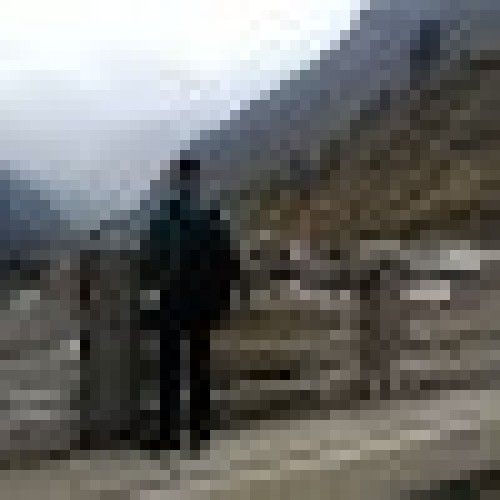 Are you anti CAB or pro-CAB? I have been asked this question many times in the last few days. I knew about the protests, the brutality is shown by “both” sides and was a keen observer on the ignorance of each other’s views on display on social media.

I consider myself an observer of politics and political activities, it simply means that I try to observe and understand the views of both sides before commenting on it. So that’s what I did. I observed and observed and became sick of the afore-mentioned question and so I read and read tons of articles written by Think Tanks, journals and media outlets. I watched a lot of videos on CAB made by propagandists of both sides. It’d be very easy to have been swayed by any of those. They are all correct and because all of them are correct they are biased as well. In simpler words, independently all the articles are correct with their facts and references but when reading them side by side you can see they hide or simply do not address the issues raised by their counterpart.

Propaganda is on a roll on social media and people are, blindly concerning their ideologies or religion, simply following it. To protest is a great cause but to provide a solution rather than to just oppose is an even greater one. To support is also great but to do so with your ears shut and eyes closed is also wrong. I condemn both actions.

Citizens have been calling the government a fascist government. The word is being used too loosely in the present. People have been constantly labeling and asking if this is a fascist state, well eye-opener here, but it just means as mentioned by Jason Stanley in an interview with Sean Illing “It is just another way of asking if this person has a particular set of beliefs or an ideology” but I do not believe that you can label someone a fascist based on the set of ideas they believe in, I believe that fascism is a tool to retain power. Isn’t this what party politics is, parties trying to win the mandate of the people to retain “power” to be in “power”. So on this theory, if the government is fascist then so is the majoritarian election that elects those parties, but elections are democratic. If measured on a scale, to call the government fascist would be the same as calling democratic elections communist.

Now let us talk about the protests in Delhi which are different than what is happening in the North-East. I accept that the CAB is discriminatory, but on the other hand, I argue that it does provide equality to 6/7 parts of it. I believe in the idea of equality as mentioned in article 14 of the constitution but at the same time, I also believe as mentioned in article 14 (1.2) that there should be equal protection of the laws which conclude that “unequals” would be treated unequally to provide equality. The CAB allows minorities of not just “simple majoritarian Muslim states” but Islamic “republics” to get Indian citizenship provided that they fulfill the other requirements stated under the CAB. This excludes Muslims and with article 14 on the forefront, it is being heavily criticized and is the cause of such violence and unrest throughout the state because it is discriminatory. But the corollary that article 14 provides is that unequal would be treated unequally.

Being a minority in the states of Pakistan, Afghanistan, and Bangladesh is different than being a minority religion in India. Being an Islamic republic means that their state religion is Islam and the other religions are being frowned upon. Therefore their minorities are being treated unequally and article 14 of our constitution says that unequal would be treated unequally as to provide an equal base. The second part is what makes it more interesting.

While the CAB is constituted to help minorities of the above three states and provide them legal sanctuary in India. It has not included the Tamil-elams in Srilanka and the Rohingya Muslims in Myanmar. The logic of the bill states that the minorities of neighbor states can get shelter and citizenship in India But it has left the state of Myanmar and the state of Sri Lanka completely out of it. This is discriminatory, in essence, it feels so and it should be rightly so unless we compare what is the difference between these states:

Bangladesh, Afganistan, Pakistan, and Sri Lanka all have state religions, which means an official religion of the state.

The opening of gates for minorities from Bangladesh, Afghanistan, and Pakistan is based on religion.

The minority in Sri Lanka is based on linguistic lines rather than religious lines.

So what does it tell us, those states where there is a state-imposed religion in addition to discrimination towards minorities based on religious lines is included in the bill. While those which do not have state sponsored religion or division of minorties where they are treated unequally based on religion are not included.

In conclusion, the government has very shrewdly and carefully tread along the lines, It has targeted all minorities from specific states based on religion and therefore it cannot be discriminatory, It has left out states which do not meet those conditions and has also not provided any special provisions for the said minorities of these states, therefore, it is not discriminatory in rationale, in its essence though all of us know what it is and are just too heated to not give it the recognition it deserves or too blind to decline it.