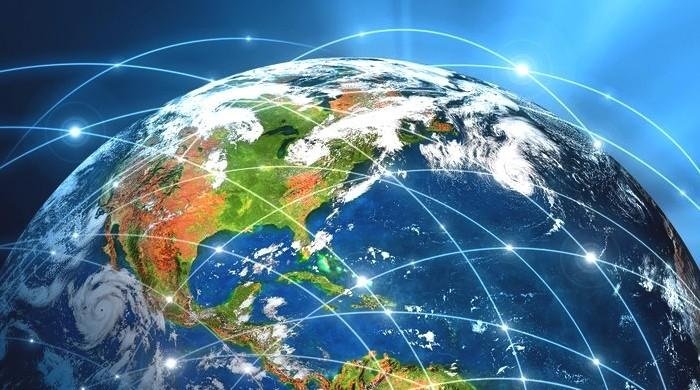 The present global paradigm has inched toward a free market-based economy, with over 90% of countries across the globe encompassing this ideology as the one being the ultimate ramification of the evolving global architecture since the end of Cold War. States have, however, lately understood its potential in encouraging a raging economic growth, the fulcrum of the modern nation states’ developmental agenda.

World economies, presently, are at the very crossroads of an uncertain global future whereby the multilateralism has reigned supreme and no one is willing to answer the question as to how they would lead to the future of enhanced material development and stemming of issues like poverty and unemployment, which have casted aspersions over their respective developmental agendas
This present situation is perhaps, much more intricate, elusive and controversial than what was prophesied by Adam Smith’s “Invisible Hands”, responsible for the guiding and slaying of market forces. It has ushered in an era whereby the free market structures are considered sine qua non for any country’s development, for their lacking is perceived to be a major barrier in the emancipation of human woes. Also, the system is seen as the only viable alternative to the earlier socialist models, which have failed miserably, thus giving rise to the capitalist inklings across the globe.

Global economy works on the principle of mutual benefits, where one country believes to get certain returns from the investments it has made in the other. Earlier, however, it was the process of colonization that interconnected the traditional economies but that was based on the idea of exploitation and racial superiority. But Globalization is what E.M. Forster calls as “Only Connect”, a realm of interconnectedness, free trade, reduced tariffs, and multiculturalism. Thomas Friedman in his book “The Lexus and the Olive Tree” describes globalization as an inexorable integration of markets, nation states and technologies to a degree never witnessed before.

This has intertwined the global economy so well that the manoeuvres in one side of the world cast its repercussions on the other. This interconnectedness that globalization has spawned is multidimensional and operates through distinctive economic, cultural and political processes. It is being perceived as the buzz word of the 21st century and has, knowingly or unknowingly spread its tentacles across the globe. Marxist scholars, however, believe that capitalism and in turn, globalization is an inherently expansionist phenomenon. In the words of Marx, “the imperatives of the capitalist mode of production take Bourgeoisie to nestle everywhere and settle everywhere”.

This interlinking has not just affected our economy but unleashed a culture, hitherto unseen in the traditional conservative societies of the east. It has impacted us psychologically as well by its sheer magnanimity and an inherent propensity to attract, so as to present a kind of social structure which is peaceful, structured and ‘civilized’, unlike the east. This is manifested from the fact that even the erstwhile Soviet Union had to launch policies of ‘Glasnost’ and ‘Perestroika’ which opened the floodgates of capital inflows into it, thus paving the way for a new world order to emerge.

Since the end of the cold war, the countries in Asia have been, in general, are the winners of this process of globalization, whereby between 1990 to 2016, the share of India, China and South East Asia in global GDP in terms of purchasing power parity has increased from 12.5% to 31.8%. It is for this reason Fareed Zakaria describes the present world order as the “decline of the west and rise of the east”. Even the closed economies of India, Vietnam saw structural changes at the behest of those at highest echelons of world superstructure, leading to multilateralism and a fundamental shift towards the ideals envisaged in Washington Consensus. What actually transpired, was, in fact, something which the dependency school has rightly observed as of a Core-Periphery debate, where the former reflected advanced industrialized nations, while the latter symbolized developing and underdeveloped economies.

Also, the emergence of WTO, IMF and World Bank sought to draw new contours of global relations which were rule based, transparent and democratic. This made developing countries an active receiver of foreign direct investments, which in turn, had a multiplier effects on their economies. India, too, made giant strides in economic outputs post liberalization reforms, the trickling down of which led to the uplifting of millions from the vicious cycle of poverty and underdevelopment. The huge economic boom, notwithstanding, brought with it, the malaise of inequality which created a wide chasm between the economies of the rich and the poor.

The champions of new global order, however, claim globalization to be a panacea for every ill that our society is facing but they fail to take into consideration the local conditions, the glaring levels of poverty, the extreme form of malnutrition and rigid work cultures that still haunts a significant chunk of the world population. According to Chinese President Xi Jinping, Globalization is a double-edged sword which has its own challenges and opportunities. The countries which have invested significantly in the capacity building and skill development of their people have taken the maximum benefit of this process of globalization.

There’s, thus, an urgent need to address the prevalent flaws in present world order so as to foment a society which is equal, politically equipped and better placed so that they can give robustness to their economy and culture. Universalism embodied in the idea of Vasudhaiva Kutumbakam needs to be promoted as seen through the words of former Australian PM Julia Gillard ”My guiding principle is that prosperity can be shared. We can create wealth together. The global economy is not a zero-sum game.”