More
Home Opinions If the Modi government thinks that the 2019 mandate was only for the development...
OpinionsPolitics
Updated: 15 July 2019 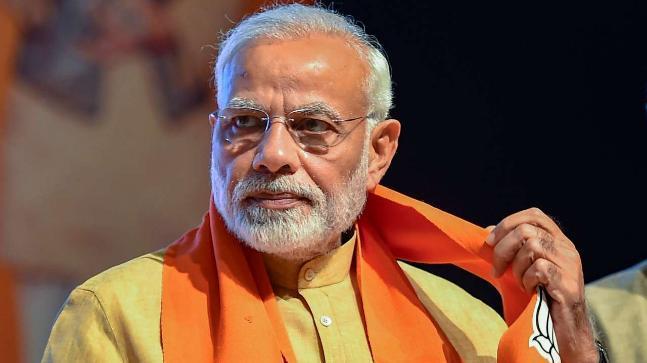 Narendra Modi won a massive majority in the recently concluded 2019 general elections, much bigger than the one in 2014 in many aspects. Different analysis and theories were put forward to explain such a historic mandate of many firsts – first time a government got re-elected in the world after passing GST, first time an incumbent government got back to back full majority after 3 and a half decades, first time a non-congress leader got back to back majority since Independence.

Most of the people credited the win to just one man, Narendra Modi and rightly so. Narendra Modi himself saw it as a victory of his development agenda and a mandate against the negativity that was being spread by the opposition. However, if the Prime Minister thinks that the huge mandate was only because of development and treats is as such, it would be a huge mistake.

No doubt the social schemes, infrastructure development, cleaning up the system, effective governance, no corruption charges at the top level; in short, ‘development’ agenda did play a big part in building up the confidence in the government and the leader himself but to see it only from that prism would be a huge disservice to millions of voters who voted for very different reasons.

A lot of people were extremely agitated and angry at the direction the country was heading into before 2014. Muslim appeasement was at its peak while the common Muslim men and women were becoming poorer and backward by the day; Hindu culture, ethos and faith were being mocked and demonized every single day by those who were in power or who had the patronage of those in power; Hindus were being blamed for the crimes and terrorism despite them being the victims almost every time; every attempt was being made to dissociate people from their past of being part of the oldest surviving civilization of the world; Hindus were being blamed for all the riots and skirmishes between Hindu-Muslim communities every single time.

In fact, a lot of people supported Narendra Modi in 2014 for this very reason that he was at the receiving end of one of the most hateful and malicious campaign by the establishment of the time for 12 long years, mostly because he refused to be apologetic about being a practising Hindu and for being tough on terrorism which is mostly Islamic given it is perpetrated by the next-door neighbour which is an Islamic state. He became the symbol of that oppression and suppression which had reduced the Hindus to second class citizenship in their own country.

That was one of the major reason that he got full majority in 2014 despite mostly being an unknown entity outside of Gujarat. Uttar Pradesh, the cultural capital of ancient Hindu civilization, which bore the brunt of ‘secular’ politics the most since Independence gave him the biggest win with BJP winning 71 out of the 80 seats in the state.

Narendra Modi, on his part, did a fairly good job in fulfilling the expectations of the people. He promoted Indian culture wholeheartedly wherever he went. He reversed the apathy of the previous decades and replaced it with the celebration of Indian festivals and traditions. He appointed a saffron-clad temple priest (with lots of administrative experience) as the chief minister of the most populous state of the country despite the obvious backlash and hate from the opposition and their stooges.

He openly declared that India was not born in 1947 but is the custodian of the most ancient civilization on the earth, an act which must have irked the ‘left-liberals’  more than anything else that he has done. He revived many of the old Indian traditions and even got the whole world to celebrate India’s ancient practices. In short, he effectively countered the anti-Hindu venom that had been spread (and is being spread) for centuries both within and outside the country.

However, he did fail to fulfil some of the key demands of the Hindus be it Ram Mandir issue, removing government control over Hindu temples, making RTE fair to the Hindu institutions, removal of article 370 or reinstating the Kashmiri Pandits in the valley. He also failed to take any step to stop the desecration of the Sabrimala temple in the wake of the SC judgement.

But people of this country decided to focus on the hits and not the misses and rewarded him wholeheartedly for the path he had chosen. However, the events of the last one and a half months and his silence over them did dampen the mood of the people. There was a spate of attacks on Hindu temples and religious places by the fanatics within the Muslim community. One of the temples in the National Capital was brutally destroyed with idols being broken and even reports of urination on them.

There have been attacks on Hindus and their religious places in many other parts of the country in the last one and a half months but the man who felt compelled to speak against cow vigilantism has not spoken a single word on these blood boiling deeds by the fanatic groups in the Muslim community.

I understand that he spoke about breaking the stranglehold the ‘secular’ parties have over the Muslim voters and bring them into the mainstream. But that should not mean adopting the same policies as that of ‘secular’ parties of closing the eyes when Hindus are victimized. Because if that happens then that would be a complete betrayal of the mandate that he got from the people of this country.

He must remember it was not only the development agenda which brought him back; even Vajpayee and Narsimha Rao presided over a period of high growth and development; the confidence that he generated among the Hindus through his policies and conduct who had almost given up on the political class played an equally crucial role in him getting a historic mandate. To assume anything else would be foolish.

Those who can give with both hands can also take it back if their aspirations and expectations are not met. I hope Narendra Modi would not do that mistake.