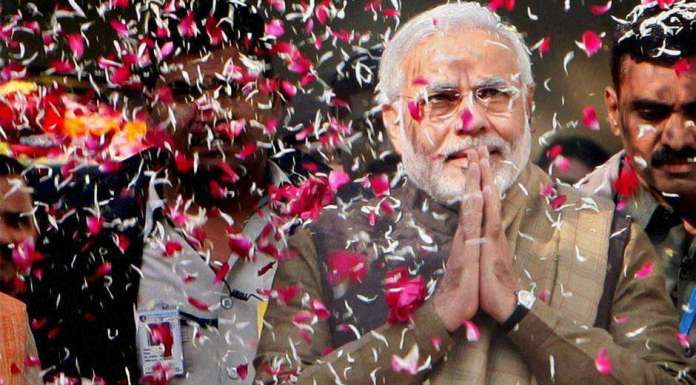 Let us take a trip down the British political history. Winston Churchill should have never been the Prime Minister of Great Britain as he was found lacking and deemed unsuitable for the highest office. It was shocking that he got elected to the post as he was more of a paranoid loose cannon and an impossible man to deal with. In many ways, he was a perfect foil to Neville Chamberlain, a leader who had done everything right and was the prototypical British prime minister. Now, as you read on, replace Churchill with Narendra Modi and Neville Chamberlain with Dr. Manmohan Singh in your mind.

Churchill was a maverick. He did not just love his country, but he displayed a clear paranoia towards any possible threat to the British empire. Like someone who’d not wait even for an hour to launch the Balakot strike post the Pulwama attack. He saw even Gandhi as a danger and was beyond outspoken in his opposition to what was a pacifist rebellion in India. He is not exactly the right analogy to use in the Indian context because he was responsible for the Bengal famine that claimed nearly 30 lakh lives. But for him, the interest of his soldiers fighting the World War II was the priority and he diverted the ration-laden ships to them, knowing well enough that it would lead to a massive famine in the Bengal region. He was the Chicken Little of Great Britain, passionately railing against all opposition to his country, great, small or imagined. It is this extreme love for his country bordering on paranoia that has made him one of the most revered names in world history.

This Chicken Little was the only one who saw Hitler for the threat he was. Chamberlain, on the other hand, regarded Hitler as ‘a man who could be relied upon when he had given his word.’ The entrenched British leadership was convinced that appeasing the Germans was the way to quell the Nazi power. Churchill thought differently. He didn’t believe Germans and saw Hitler as a schoolyard bully who’d not leave them alone even if they gave him their lunch money. He knew that Hitler wanted to sock them in the nose. Churchill’s paranoia – something that had nearly ruined his political career by 1930s – was exactly what Britain needed heading into World War II. And thankfully the British people realized this before it was too late. Something akin to 2014 – India’s need for a Prime Minister who loved his country and would protect it against all opposition – great, small or imagined.

So, what is it that makes a leader great? Gautam Mukunda, Professor in Organizational Behavior Unit at the Harvard Business School opines that there are actually two fundamentally different types of leaders. The first kind rises up through formal channels, getting promoted, playing by the rules, and meeting expectations. These leaders, like Neville Chamberlain or Dr. Manmohan Singh, are ‘filtered’. The second kind doesn’t rise up through the ranks, they come in through the window – entrepreneurs who don’t wait for someone to promote them; U.S. vice presidents who are unexpectedly handed the presidency; leaders who benefit from a perfect storm of unlikely events like the kind that got Abraham Lincoln elected; a paranoid Churchill trying to defend Britain against the German might;  or for that matter a three-time Chief Minister of Gujarat who had no experience of being a parliamentarian, let alone being the Prime Minister of India. This group is ‘unfiltered’.

They do unexpected things, have different backgrounds, and are often unpredictable. Yet they bring change and make a difference. Some of these unfiltered leaders are transformative, shedding organizations of their misguided beliefs and foolish consistencies, and turning them toward better horizons. These are the leaders that research says have an enormous positive impact.

In his Ph.D. thesis, Mukunda applied his theory to all the U.S. presidents, evaluating which ones were filtered and which unfiltered, and whether or not they were great leaders. The results were overwhelming. His theory predicted presidential impact with an almost unheard-of statistical confidence of 99 percent. The filtered leaders didn’t rock the boat. The unfiltered leaders couldn’t help but rock it. Often, they broke things, but sometimes they broke things like slavery, as Abraham Lincoln did.

They didn’t need a more filtered leader. Rather, they needed a maverick. The old ways didn’t work and doubling down on them would have been disastrous. To fight a menace like Hitler, Britain needed a Churchill. To fight the menace of serial scams and break-India forces, India needed a Modi.

Finally, what is it that makes these unfiltered leaders so impactful? Mukunda says that often they had unique qualities that differentiated them. Like Churchill’s paranoid defense of the British state, these qualities were negative but under right circumstances could be very enabling. Mukunda calls these ‘intensifiers’ and they hold the secret to how your biggest weakness might just be your greatest strength. As Modi puts it, it is his near total lack of experience when it comes to meeting and negotiating with global leaders that actually helped him in doing the same. He has always been direct in everything as far as his approach is concerned and it is this directness that global leaders saw as a welcome change in diplomacy too.

(With inputs from ‘Barking Up the Wrong Tree’, a bestseller by Eric Barker)