The future of Indo-US partnership 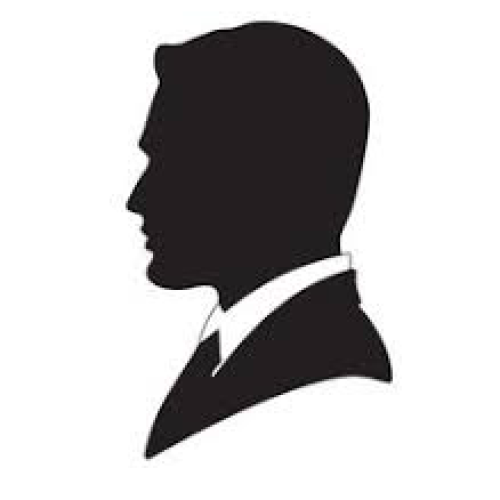 A week after the results of the Indian General Elections ushered the return of the incumbent government in India, the United States President Donald Trump announced the withdrawal of preferential trade treatment for India starting from June 5th. India had been making efforts to avoid this since the US first announced its intent to withdraw the preferential status in March. However, following the withdrawal, India’s response has been a rather unperturbed, relatively late statement issued on Saturday, June 1st.

The withdrawal of preferential trade terms comes amid the intensifying of Sino-US confrontation. Following the breakdown of negotiations in May, US revised its tariffs on Chinese goods, while China issued a travel warning for its citizens traveling to US. How exactly does this confrontation affect USA’s posturing vis-a-vis India? To understand this, one needs to look at USA’s India policy over the past 20 years.

Following the rise of China in the late 1990s and early 2000s, US began to warm up to India in hopes of creating a counter-balance to growing Chinese dominance in Asia-Pacific. The first success of this partnership was the India-United States Civil Nuclear agreement which was announced in July 2005. US hoped that this partnership would initiate agreements which would culminate with US penetrating the Indian defense market. It was in keeping with this larger policy that in 2016 the Obama administration designated India a ‘Major defense partner’ granting India access to sensitive US defense technology. In the 15 years following the India-US nuclear deal, there has been an increasing number of Indo-US defense exchanges. A non-exhaustive list of the same is as follows:

Indo-US defense ties have been showing an upward trend. The catch, however, in that USA’s defense cooperation comes with the condition of being limited to US — or at most NATO — technology. Hence, the Indo-Russian S-400 deal in 2018 caused US to hint at sanctions, citing ‘interoperability issues’. US has threatened to cancel the sale of F-35 fighter aircraft to Turkey over Turkey’s purchase of S-400.

Another significant setback for the US with regard to the Indian defense market has been its failure to penetrate the fighter aircraft segment. IAF has projected its required strength at 42 squadrons, whereas it currently operates only 31. Moreover, among the 31 operational squadrons, IAF further needs to replace aging platforms such as Mig 21 Bison and Mirage 2000D. This presents a huge potential market for defense equipment suppliers. Currently, the preferred partner of the IAF for its aerial fighter-jet platforms is Dassault. As with the S-400 platform, the US is not too happy with this situation and has attempted to woo IAF over to American aircraft. Lockheed Martin even proposed an ‘India specific’ F-21, which is essentially a rebranded F-16.

IAF, however, has maintained Rafale as its air-superiority fighter of choice which Dassault competitors are less than happy about. On the domestic front, in the run-up to Indian General Elections 2019, there had been considerable controversy regarding the Rafale defense deal, spearheaded by the opposition party Indian National Congress. There have been allegations that this controversy had elements of foreign vested interest too, specifically defense equipment suppliers such as Eurofighter and Lockheed Martin who were unpleased with IAF opting for Dassault.

On June 4th, US President Donald Trump and UK’s outgoing PM Theresa May issued a joint statement highlighting the US-UK partnership. In particular, PM Theresa May made mention of “UK’s Queen Elizabeth-class aircraft carriers and F-35 jets being ready to tackle threats around the world”. This special mention to the F-35 is noteworthy. Despite the US $1.5 Trillion aircraft project being mired in controversy regarding delays in production and performance concerns, several US-partner countries are planning to purchase this aircraft. These include UK, Italy, Netherlands, Israel, Singapore and Japan to name a few. US was strongly hoping that India would add itself to this list, which India has thus far shown no interest in doing.

Hence, the withdrawal of preferential treatment comes after having repeatedly faced what the US considers snubbing from India: the purchase of S-400, opting for Rafale, and lack of interest in F-35. The withdrawal is a signal to the new Indian government that the US administration is willing to take tough measures to further its own interests.

During the 1950s, both KGB and CIA were making attempts to penetrate India. By the late 1960s, KGB had succeeded, and for the rest of 20th Century, the US did not view India as a strategic partner. Attempts by India to exercise its sovereignty would be met with overt or covert threats by the US. Examples include mobilizing of the US 7th fleet against India during the 1971 India-Pakistan war, refusal of diplomatic aid during Indian Airlines Flight 814 hijack, and imposition of sanctions following Indo-Russia missile deal in 1992 and following nuclear tests by India in 1998.

The emerging ties in the last 20 years — especially the last 5 years — have been a departure from the traditional Indo-US dynamic, and could only happen because of the threat posed by China. The Indo-US partnership is hence only a tactical partnership. Had India’s present leadership and subsequent rise (economic and geopolitical) come 10 years earlier, it would have been met with very stiff US resistance, possibly even an attempt at regime change. At present, however, and for the considerable future, US is not in a position to openly confront India since it can not afford a two-front confrontation with India and China simultaneously.

US has a history of being an unreliable ally, especially when its own interests are even remotely at stake. The Middle East serves as a fine example of the extent to which US is willing to go to further its national interest. At one point, Saddam Hussein was USA’s blue-eyed boy, but his move to empower Euro against US Dollar cost him his regime and Iraq its stability. Libya’s leader Gathafi too was a former ally who was overthrown when he began trading in Gold terms instead of US Dollar. Syria has been reeling under almost a decade of war by US-backed insurgents because its President Assad did not permit the construction of a UAE-Syria-Turkey oil pipeline, which would have freed EU from dependence on Russian oil. China has seen increased hostility and tariff wars with the US when its territorial ambitions in Asia became evident.

Prior to warming ties in the 2000s, the 1990s saw India face the hostility of US firsthand. Backroom arm-twisting by the US over India’s dire economic situation forced India to assent to the formation of Hurriyat, which was an organisation created primarily to undermine India’s sovereignty. India had also faced US sanction on two occasions in the 90s, as mentioned earlier. Moreover, US also refused diplomatic aid to India during the IC-814 hijack and conducted parallel-channel negotiations to secure De La Rue CEO Roberto Giori, who was among the hostages in that flight. Hence, while cooperation with US is important for India, an unconditional partnership with the US is undesirable, given USA’s record as an unreliable ally. Moreover, American military platforms come with restrictive End User License Agreements (EULA) which limit the scope of use for client states. An example is Pakistan’s F-16, which can only be used for defense, and not for attack. This led to considerable embarrassment for Pakistan when news of its F-16 being shot down in combat-zone came out since it was in violation of F-16’s EULA terms.

Furthermore, US has developed the ability to remotely control its military platforms. While American defense suppliers have maintained that they do not have remote access to platforms sold to other countries, there have been allegations to the contrary. If these allegations are true, the US has the ability to cripple mission-critical equipment of client states which extensively deploy US technology. Extensive deployment of US equipment on front-lines therefore carries significant risk. From the lack of enthusiasm shown by successive Indian governments in acquiring front-line equipment from the US, it appears that this risk is well understood by the Indian establishment.

Having taken stock of the existing scenario, the best short-term solution for India is to diversify its defense partners in non-critical defense tech such as transport and logistics. For critical frontline equipment such as fighter-jets and primary arms, India should partner with dependable and time-tested parties. This has been the Indian government’s policy so far. 58% of India’s arms imports are still from Russia. India also has increased arms imports from Israel, Japan and France. With France specifically, there is potential for long-term defense cooperation following Rafale. US has also been a growing defense exporter, as noted previously, but primarily in logistical and transport segment (aside from AH-64 Apache helicopters). The medium to long term solution is for India to develop its own defense capabilities. The Navy has bolstered its indigenization drive, as has the Army. The Air Force’s record, especially in light of its first Light Combat Aircraft, Tejas, remains wanting.

The withdrawal of preferential treatment should also serve as a timely reminder to defense analysts and economists alike that an overly trade-oriented economy may not be the most desirable. China’s ambitions vis-a-vis Asia could be opposed and subverted mainly because of its dependence on foreign markets (particularly the US market). Reining in China was a simple matter of threatening its export-base. To avoid this structural flaw, India must focus on developing its domestic activity, for consumption in general and for defense production in particular. At 1.3 Billion, India’s domestic market is more than sufficient to act as an engine for growth, while avoiding the Achilles heel of dependence on a foreign consumer base.

This Opinion piece has also appeared in the writer’s publication on Medium.com.