Invoke the sacrifices of Amma and promote the positive governance of PM Narendra Modi, a message to AIADMK 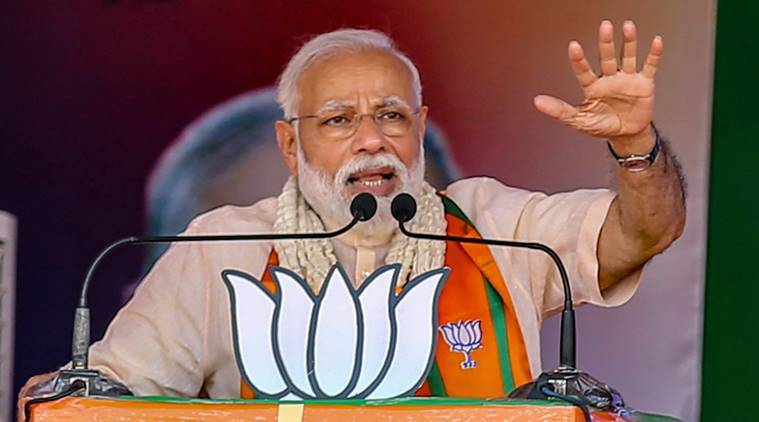 Need of the hour is self-restraint and remembering the sacrifices of Amma to re-build the party after the demise of MGR. The AIADMK must realize that all the cadres of the party are still with the party but unfortunately several elected representatives of the party are causing great damage to the party by unnecessarily airing their personal views and opinions.

All the elected representatives of the party must recognize the pain and agony Amma suffered at the hands of DMK in Tamil Nadu assembly, how she was ill-treated without any grace and consideration that is given to womanhood, she was beaten up, disrobed, abused, mocked and humiliated by DMK members….. all those pains of Amma, the AIADMK cadres and elected representatives must re-invoke instead of questioning dual leadership or the recent poll defeat.  AIADMK legislatures must remember that their every democratic expression is only going to further weaken the party and is going to give victory to DMK in platter.

Amma fought not only political and legal battle against DMK, but also fought personally. Amma showed undying commitments and dedications only to save Tamil Nadu from the dynastic rule of DMK. But today, after the demise to Amma, several legislatures of the party are behaving irresponsibly and directly favouring victory of DMK.

The victory of AIADMK in the recent by-poll clearly vindicates the fact that people of Tamil Nadu want the continuance of the present government headed by EPS +OPS and not DMK. Need of the hour is AIADMK legislatures must enforce self-restraint and must re-kindle the sacrifices of Amma among the cadres to work with new energy and enthusiasm to defeat DMK in future.

Victory of DMK is not good news for PMK, DMDK and other regional parties as well. Most of the regional parties have realized the above truth and therefore will not allow DMK to form government without their participation. In all probability, the alliance partners of DMK will ensure only coalition government headed by DMK is possible and not the government of DMK.

On the contrary, AIADMK alliance is considered as a positive force lead by Modi. Entire India is behind Modi and Narendra Modi is the first Prime Minister of independent India to deliver corruption and scam free governance, governance dedicated for sab ka vikas, government focused on development and national security.

Instead of expressing the democratic right, the AIADMK legislatures must promote and spread the positive governance of Modi and must expose the negative and hate politics of DMK and congress party.

PMK, DMDK and other alliance partners of AIADMK in the recent election also must realize that fighting with each other only would erode the public trust upon them and therefore all of them must collectively work with people to promote the positive politics of Modi.

Tamil Nadu is enduring a historic drought due to continuous failure of monsoon for the successive years. Lotus flower can blossom only when plenty of water is available. It means DMK when pledge that it won’t allow lotus to bloom in Tamil Nadu, directly wants the state to suffer from drought and starvation. AIADMK legislatures must, instead of fighting with each other or questioning the dual leadership, must engage with people to tell them how working with Modi can transform the state and take the state to new horizon of growth and development.

The negative and hate politics of DMK only has brought the state to this level and thanks to MGR and Amma, the state is saved from total destruction. Need of the hour is restoration and re-builing of New Tamil Nadu, the land where no place for hate politics, politics of anti-God, anti-Hindi, anti-Brahmins and anti-Modi.

People of Tamil Nadu who had voted for DMK must be told that they should vote for development of the state and country and not to strengthen negative politics and politics of lies and hatred being promoted by DMK.

It is not too late even today, all legislatures of AIADMK must take pledge to re-invoke the sacrifices and tribulations of Amma, the insults and ill treatments meted on her by DMK in the very state assembly and tell people how Amma has transformed the life millions of poor people in the state, how Amma was used by the Mannargudi family and trapped her into an unnecessary legal mess, all these details the AIADMK legislatures must share continuously to the cadres to revive their energy and enthusiasm.