More
HomeReportsWhy is Godse a taboo when Gandhi was not a god?
Reports
Updated: 19 May 2019

Why is Godse a taboo when Gandhi was not a god? 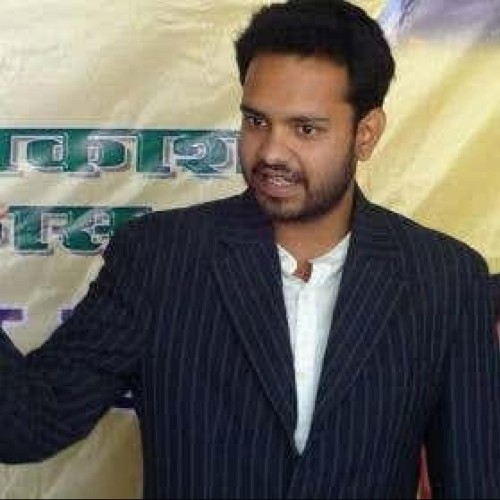 Labeling is easy! Certifying Godse as a patriot or a “Hindu Terrorist” can be the prerogative of a Pragya Thakur or Kamal Haasan. Yes, Godse Killed Gandhi and what he did was criminal and for which he was hanged till death. However, the critical and perhaps the most important question that has been forever lost is WHY GODSE KILLED GANDHI?

Ideally, you would expect one entire chapter dedicated to this question in schools given the coverage Gandhi has. Even Hitler’s book Mein Kampf is available at any book store in India. Why the establishment kept Godse’s books and trial records banned for so many years?

Why his views have not been made available for the public to better understand such an important event in the history of independent India? What is it that they fear? These are the questions that we should have been discussing instead of making one Godse a taboo and Gandhi a God. Hitler killed the Jews, and the world knows why he did what he did. It is our right to know and have an informed opinion about why Godse Killed Gandhi.

It would be a gross injustice to claim that I can assimilate all the events and ideas which filled Nathuram Godse with hatred towards Gandhi even when he had revered him for his commitment to eradicating the dominant superstitions and dogmas prevalent in the Hindu society, in this one single article.

Talking of the Godse’s trial, G.D. Khosla, Chief Justice of Punjab, said: “The audience was visibly and audibly moved. There was a deep silence when he ceased speaking. I have, however, no doubt that had the audience of that day been constituted into a jury and entrusted with the task of deciding Godse’s appeal, they would have brought a verdict of “not guilty” by an overwhelming majority.”

These are Godse’s words from during the trial: “I sat brooding intensely on the atrocities perpetrated on Hinduism and its dark and deadly future if left to face Islam outside and Gandhi inside, and . . . I decided all of a sudden to take the extreme step against Gandhi”.

“I did not hate Gandhi, I revered him because we both venerated much in Hindu religion, Hindu history, and Hindu culture, we both were against superstitious aspects and the wrongs in Hinduism. Therefore I bowed before Gandhi when I met him”, said Godse, “then performed my moral duty and killed Gandhi”.

If we are to understand the event which had a shapeshifting impact on the future of India and Indian politics we have to follow the events and circumstances which led Godse from being a man who revered Gandhi to a man who killed Gandhi.

Godse was critical of Gandhi, especially when his ideas were treated as the final verdict over the collective decision of the Congress. During his trial, Godse said that he felt Gandhi assumed himself to be the final authority on truth and had started dictating terms. One such instance that he quoted was when Gandhi went on a fast to pressure the Indian government to release the final payment to Pakistan that it had previously frozen because of the war in Kashmir, and the Indian government’s subsequent policy reversal. To him, it was proof that the Indian government reversed its decision only to complement the feelings of Gandhi.

He also criticized Gandhi for being silent on the killings of minority Hindus and Sikhs after partition in both east and west Pakistan. Godse said that Gandhi, despite being a champion of non-violence, never stood for the Hindus being killed in riots perpetrated by Muslims in their jihad to create an Islamic territory.

Even Babasaheb Bhimrao Ambedkar explicitly talks of Gandhi’s bias towards the Islamic force in his book Pakistan or the Partition of India. He writes – “The blood-curdling atrocities committed by the Moplas in Malabar against the Hindus were indescribable. All over Southern India, a wave of horrified feeling had spread among the Hindus of every shade of opinion, which was intensified when certain Khilafat leaders were so misguided as to pass resolutions of “congratulations to the Moplas on the brave fight they were conducting for the sake of religion”. Any person could have said that this was too heavy a price for Hindu-Moslem unity. But Mr. Gandhi was so much obsessed by the necessity of establishing Hindu-Moslem unity that he was prepared to make light of the doings of the Moplas and the Khilafats who were congratulating them. He spoke of the Moplas as the “brave God-fearing Moplas who were fighting for what they consider as religion and in a manner which they consider as religious.”

“The aim was to establish the kingdom of Islam by overthrowing the British government. Knives, swords, and spears were secretly manufactured, bands of desperadoes collected for an attack on British authority…. But what baffled most was the treatment accorded by the Moplas to the Hindus of Malabar. The Hindus were visited by a dire fate at the hands of the Moplas. Massacres, forcible conversions, desecration of temples, foul outrages upon women, such as ripping open pregnant women, pillage, arson and destruction— in short, all the accompaniments of brutal and unrestrained barbarism, were perpetrated freely by the Moplas upon the Hindus until such time as troops could be hurried to the task of restoring order through a difficult and extensive tract of the country. This was not a Hindu-Moslem riot. This was just a Bartholomew. The number of Hindus who were killed, wounded or converted, is not known. But the number must have been enormous.”

That Godse was aware of the consequences of his act was evident when he said: “I thought to myself and foresaw I shall be totally ruined, and the only thing I could expect from the people would be nothing but hatred … if I were to kill Gandhiji. But at the same time, I felt that the Indian politics in the absence of Gandhiji would surely be proved practical, able to retaliate, and would be powerful.”

In this age and time, no establishment can keep feeding one narrative to further one agenda and expect people to follow like sheep.This is India. We are seekers and not believers. We have the legacy of questioning even Shiva, and a simple washerman can question Ram. Gandhi is not beyond criticism.

I believe context is always stronger than the text. Why shouldn’t we have the liberty to debate and discuss the context of this script?