“Modiji ko jitana hai”, said an elderly lady who could barely walk, while going to register her vote

Let me begin with a disclaimer: I’m no election analyst. I’m no psephologist either, who travels to two hundred and fifty constituencies around the country and reports on the ground realities from there. Or, who has on speed-dial some 20 (or 200) respondents per constituency to give him a sample of where the swing is heading. So, don’t ask me questions like—who will form the next government?

I’m just an ordinary concerned citizen who has a story to narrate. Another caution: this is a simple story about a mundane event and not about something as mindboggling as the Road Show we all witnessed in Varanasi on 25 April 2019.

Let me also assert — that the decibels raised by hardened Modi Bhakts notwithstanding, Modi is not going to come to power if his supporters continue binge watching NaMo TV from the comforts of their homes and don’t come out to vote.

So bang came 11 April, Phase-I of the 2019 Lok Sabha elections. I live in Greater Noida which is part of Delhi-NCR. The skies were clear. No trace of any clouds, rain or thunderstorm. The sun was hot even at 7 in the morning. Maximum temperature was going to be 39 degrees Celsius, the weatherman had announced. The Koyal birds cooed in the nearby park welcoming the onset of those harsh North Indian summers.

We, a family of three, go out every day for a morning walk. On 11 April, we decided to vote first at 7 a.m. (which in any case is not a rush hour) and then resume our walk. The polling booth was just a few minutes’ away from our house, in a nearby school called J.P. International.

I mean who votes at 7 in the morning, right? Some six years back, in December 2013, I had voted in the Delhi assembly elections (yes, at that time I used to live in Delhi), and I remember entering the polling station with the cool Delhi winter breeze touching my cheeks, pressing a button on the EVM machine and coming out—all done in a few seconds. The halls in that school at Moti Bagh had been that empty.

Fast forward to 11 April 2019, and I had expected the same. “It shall all be over in a few minutes, and then we’ll go out for a nice walk,” we’d told ourselves.

As we walked towards J.P. International School, the first shock was the sight of the number of cars parked on both sides of the road. So much so, that there was hardly any space to walk. At 7 in the morning? Have people gone crazy?

This was just the beginning of the story. What we saw next took our breaths away. The crowds had flooded the street. No, no, no. Probably the street was flooded with crowds. For a moment, I couldn’t believe my eyes. Again!

Queues were a kilometre long. “They’ve been queuing up since 6:3o a.m.,” I overheard someone. I was under this impression that the middle-class doesn’t vote. That they’re least bothered about any political outcome. I wondered if we were the only middle-class family that was an exception to this rule.

My mother, who retired from the IAS, used to tell me that only servant class used to vote in the elections in the late 90s. So much so that when candidates came to canvass, they used to make a bee-line to the service by-lanes of Vinay Marg without bothering to meet any of the officers who too were staying there!

So, had the servant class only come out in large numbers to vote this time? I looked at the people who had already queued up. Women—both young and old dressed in “smart casuals”, pants and jeans and designer salwar kameezes, you know. Men carrying expensive mobile phones. Elderly couples who could have been my grand-pas and grand-moms. All decidedly middle-class.

Now from experience, I know that the SP-BSP alliance does not cater to the middle-class (correct me if I’m wrong). Their core vote bank is Dalit/OBC. Okay, what about Congress? Now, what I know from social media is that the middle-class is very annoyed with the Congress’ NYAY scheme which is economic nonsense at one level and ANYAY for the middle-class at another. If Congress comes to power and implements this scheme, the burden of it all will have to be borne by the hard-working middle-class.

“We cannot solve the poverty problem but we can definitely make the middle-class poorer,” seems to be the Congress motto this time. Enough to scare the middle-class. On the other hand, to be fair to the Modi government, it did come out with an enhanced threshold for income tax, a higher standard deduction, higher exemption from TDS, and incentives for start-ups that all benefit the middle-class.

So, people were asserting (rightly or wrongly) all-around me that this tsunamo, you guessed it, was unabashedly in favour of Modi.

Wow! Usually, the middle-class gets very agitated if they have to stand in long queues and that too in the sun. But I heard not even a word of protest. We all smiled at each other and waited patiently as if we were all a part of one big family.

The mandarins manning the voting booths obviously were taken unaware. So, they fumbled and looked confused. Soon other doors were opened to reduce the long queues. Elders and disabled were given preference which nobody objected to.

I saw a woman on a wheel chair determined to cast her vote and my heart bowed with deep respect. Voting days in India are national holidays. But when I saw that woman on that wheel chair, I knew this election was special.

Another lady jumped the queue. Her hair was grey, and she wore a sari. She had a walking cane in her hand. Moving a few steps for her was like covering a thousand kilometres. Her husband (I think!) patiently accompanied her.

She had difficulty climbing up. A stranger grabbed her hand from the top of the stairs and another pushed her gently from behind.

“Modiji ko jitana hai,” she said, and a smile escaped all our faces.

In the evening, I learnt that the voter turnout in the Gautam Budh Nagar district was 60%. But what those statistics didn’t tell you was this—the sea of middle-class voters who didn’t mind queuing in the baking sun, the woman on a wheelchair who had come to cast her vote, or the elderly lady who could barely walk with just one sentence on her lips, Modiji ko jitana hai. And the smile, cheers and claps that followed afterwards.

Another friend of my father shared a similar experience on WhatsApp. He lives in Ghaziabad and said that the poll agents distributing voter chits were all displaying lotus; not hand, cycle, or elephant.

That surely indicates the shape of things to come!

What has been your experience so far in this election? Would love to hear from you in the comments below this section. 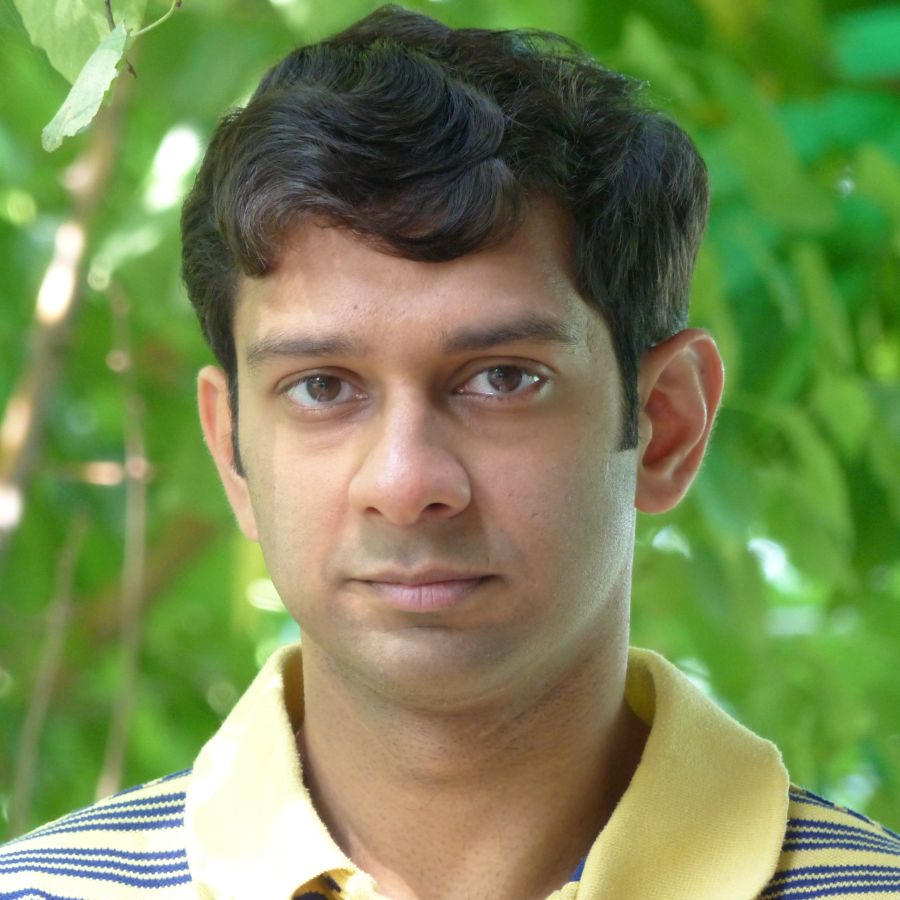 An author who has written thirty books, six of which centre around Kashmir — You Can’t Kill My Love: A Kashmir Holocaust Love Story, Still Missing…, Kashmir is Free and Kashmir Thinks It’s Free (co-authored with his father Dr. Arun Kumar (IAS) Retd.), the Outsider’s Tales and a non-fiction memoir Unmasking Kashmir/The Outsider’s Curse (co-authored with his mother Sonali Kumar (IAS) Retd.) You can contact him at: prasenjeet@publishwithprasen.com