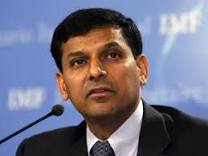 There are dozens of intricate principled questions which exist without any suitable response, and the basics of ethics are incessantly argued. Was Pataliputra-born Indian Machiavelli (Chanakya) an economist? He might have been exalted with the fine quality of this field of knowledge. His much-read book Arthashastra, a text written roughly between 2nd & 3rd century B.C. was based on politics.

Being a general impression because of his position as the country’s apex bank’s Governor, he was considered as an economist. He was surely known for his expertise in the banking field. What he did not read better than to say what he professed about being a top quality economist. No other RBI governor would have drawn so much media attention as he received.

He was recently in the news because of his denial at joining the complex field of politics. This particular discipline is not what really is resting in his sagacious mind at this point in time. He is very clear about his stunning thoughts over politics which he considers is too boisterous to deal with. Showing complete aversion towards the political principles, he stated, “I have no interest in the politics, absolutely any.”

Going a little farther he expressed that ‘My wife said she will not stay with me if I join politics. I do not have a taste for politics. Everywhere it is noisy.’ It is his inner ire at own life’s choices, and his retaliatory opinion, that dissuades him from the complex character of politics.

His book ‘The Third Pillar’ is more intellectual than polemic. Just as the ancient Indian teacher’s political treatise provides every kind of knowledge, his book would not be confined to only economics. He understands economics, economy and economic growth far better without being an economist.