With much fanfare Trinamool Supremo Mamata Banerjee announced her 42 Candidates for Lok Sabha 2019. She dropped Rose Valley Scam Chargesheeted Tapas Pal but there are other candidates who have serious taints against them.

Tollywood actress Nusrat Jahan will contest as Trinamool candidate from Basirhat Lok Sabha constituency it is widely reported that she helped Park Street Rapist Kader Khan her ex fiancée she helped him to escape Kolkata was in contact with her when he was absconding. Several lawyers demand that she be arrested on grounds of giving shelter to a criminal and lying to protect a culprit.

Sudip Banerjee: seat- Kolkata North. Arrested by CBI in Rose Valley case went on a Europe tour from the money made through the scam. He was accused of transporting Rs 17 crore abroad.

For Mamata Banerjee, priority of honesty has gone for a toss. People who do not deserve to be in public administration are shamelessly given tickets. It is up to the people of Bengal to decide. 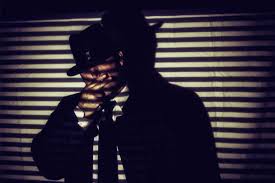 An Indian Searching the truth