Some people: From Pulwama to Wagah – a roundup 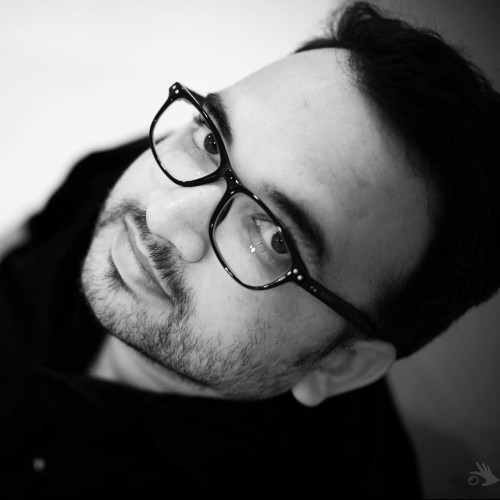 The last few days have been exhausting. First it began with a gruesome attack on the CRPF convoy that killed 40 CRPF personnel. A pall of gloom engulfed the country. Many of us were devastated. All true Indians were. Blood boiled. But knee jerk reactions and Facebook anger is not how international conflicts can be handled, especially the ones that are deep rooted and have had a painful legacy. We bore the pain.

But some people celebrated.

Then there were the retaliatory attacks which brought a breath of fresh air. A few Mirage 2000 aircrafts flew over into Pakistan and destroyed a terrorist base camp, wiping out completely from the face of the earth. Pakistan huffed and puffed to remove any evidence. Their General lied saying there were no casualties. But the ground reality was different. It hurt them a lot. The pain was too much to declare. However, their helplessness came to the fore in by way of their defense minister claiming that they were ready but couldn’t do anything as it was dark. A certain kind of a festive atmosphere took over all true Indians. It felt better, even though the pain from the 40 martyrs still tugged at our hearts.

But some people mourned.

And then, the unlucky incident occurred. Indian Air Force intercepted a few Pakistani planes trying to enter Indian air space and one brave son of the soil, Wing Commander Abhinandan Varthaman shot one of them down and when his flying coffin, the MiG21 went down, he ejected and unluckily, his parachute landed on the other side of the border. A few villagers surrounded him and beat him up. Then, the Pakistani army caught him. India was aghast. The videos went viral. The bloodied face of the brave Indian Air Force pilot will remain etched in our memories forever. That was a devastating moment.

But some started trending war is not a solution.

And over the 56 hours he stayed in Pakistan, he underwent a lot of physical and mental stress. However, due to Geneva Convention treaty and international pressure, they released him. And he walked back into India at the Wagah border like a lion. Unperturbed and unaffected by anything. “Good to be back,” he said. Although not releasing him would have put Pakistan in an international diplomatic crisis, and the imminent threat from India, Pakistan took the opportunity to glorify the norm as a goodwill gesture. They even super-edited a video of Wing Commander Abhinandan Varthaman to make it sound like Pakistani Army is a branch of Red Cross.

But some people started praising Imran Khan. And they began to blame Modi for everything.

Now that he’s back and situation remains tense at the border amidst continuous shelling and ceasefire violations, there are spinning factories in the mainstream media who are dancing to the Pakistani propaganda tune.

After the Pulwama attack, even the worst critics of the Modi and the BJP government, came forward and stood by the Prime Minister, including Salauddin Owaisi and Arvind Kejriwal. A total of 48 countries came forward and condemned the attack. However, a section of the population thought differently. They began to trend, #HowsTheJaish, a spin of “How’s the Josh”, the dialogue from URI.

This was a perfect situation to spread lies and the usual suspects were at it. Kavita Krishnan used an old photograph of Modi with Nitish Kumar and said he was laughing after the Pulwama attack. But the truth is, Rahul Gandhi was dancing after the Pulwama attack. And the Congress had to delete that video to save face. Some people even went ahead and started humanizing the Pulwama attacker by using an unverified story that he was once beaten by Indian troops and hence he turned into a terrorist. This is straight from their playbook. Remember Barkha Dutt referred to a Burhan Wani, the Hizbul commander as the son of a headmaster? These people really bury the lede well.

Nobody wants a war. But war is not subject to personal desires. However, some people were quick to jump to conclusions and began to spread fake news. A Haryana AAP member released a video pretending to be an army officer’s wife condemning war. But a Congress handle lied that she was the wife of Wing Commander Abhinandan Varthaman condemning war. Mamata Banerjee started asking for proof of airstrikes. Andhra Pradesh CM Chandrababu Naidu blamed Modi of using the Pulwama attack for political gains. Karnataka CM said celebrations over air-strikes might cause communal disharmony. Mainstream journalists began to praise Imran Khan and discredited Modi for the Wing Commander’s release. You know who else praised Imran Khan? The Pakistani people. They are even demanding a Nobel Peace Prize for him.

The sequence of events that unfolded since the Pulwama attack, prove one thing again. Narendra Modi’s job is not easy. Other than carrying out his responsibilities, he has to put up with anti-national forces operating within the country. These people act like friction, making work difficult. These are forces that are trying to derail our progress and are a certain threat to our national security. They exist in the form of that weird friend on your Facebook list who blames the pilot for entering Pakistani air space, or in the form of an opposition leader who thinks attacking a terror camp in a rogue state will cause communal disharmony in Karnataka, in the form of a mainstream journalist who hasn’t recovered from the fact that Imran Khan retired from cricket in 1992, or just a person who hates Hindus and/or Modi.

Hating Modi is understandable. You have every right to do it. But how do you live with yourself if you’re willing to get into bed with the enemy for it? The pleasure will last a few minutes, but consequently, if the terrorists succeed, there will be no place to call home. Or worse, no you.