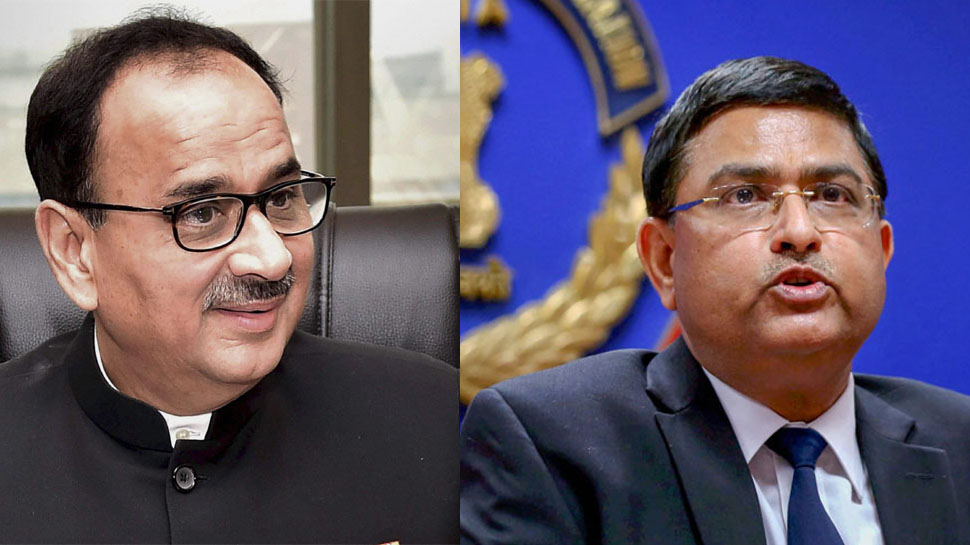 Decision of the select committee chaired by Honourable Prime Minister of India and Honourable Justice of Supreme Court and the other member being a political leader of congress party to remove CBI chief in a 2:1 vote is the much needed step to regain the respect and reputation of the top most investigating agency in India – CBI.

The political party of the dynast wants to pollute and contaminate every government agency in India by injecting the poison of politics and vested interest has finally failed miserably. The Honourable Chief Justice of India recused himself from the panel citing his role in the judgment reinstating the CBI chief with his wings clipped. The political leader of the dynast who represented the select committee was a petitioner in the case in favour of CBI chief and therefore considering probity in public life, he should have recused from the panel. But the political party of the dynast has never shown any such decency or discipline in Indian politics.

The question is not about the allegations against the CBI chief whether are true and are proven in the court of law or not. No person of his stature and authority should reduce the reputation of CBI so badly like Alok Verma. Being the chief of CBI had to face allegations and charges of corruption and subsequently investigation all from his colleagues has brought down the dignity of the highest office and he has created an unprecedented situation where the visionary leader like Narendra Modi and the Honourable justice of Supreme Court had no option but to show him the door.

Every Indian is proud of such decision of the select committee to sack the CBI chief. The entire episode was created by none other than the CBI chief but the tukede tukede gangs tried to politicize the incident to take some political dividend but they failed miserably. The point of debate should not be about the allegations and counter allegations but is about how the CBI chief has soured the situation, brought his fight with colleague to the level of street fight and disgraced the respect and dignity of CBI. It is not just removing the Chief but much harsher punishment must have been granted to the CBI chief for damaging the reputation of CBI.

Indians should note the cheap, the most disgusting, dirty politics being played by different political parties along with the party of the dynast and Indians should isolate all such Tukde Tukde gangs as they know nothing but politics and not development or eliminating corruption from India.   Some harsh surgery may be required to clean certain agencies which PM Modi is bold to do but the opposition parties does not want such surgery because inefficiency and indifference are needed for the opposition parties to play politics. They are yet to realize the truth that they are destroying India and not building our nation.

PM Narendra Modi alone can offer corruption free government, government free of nepotism and indifference, guaranteed commitment and accountability from public servants.  People of India should think of India first and not the dynast and must save the future of India for the posterity by re-electing Narendra Modi led BJP again in 2019 with massive majority so that India is further developed and sab ka vikas is achieved.