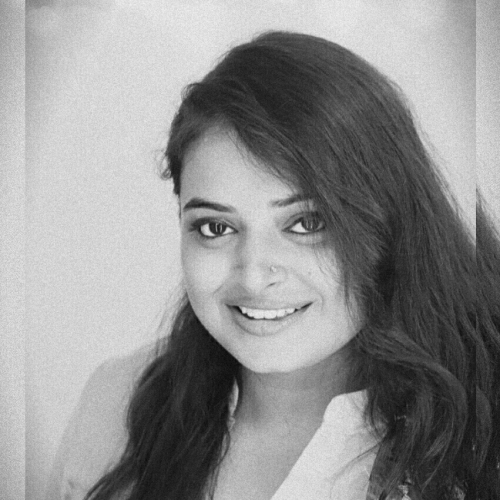 We are in the second year of MeToo and it feels like a never-ending giant wheel ride, which gets speedier with every emerging story, gaining more momentum and turning more dangerous like someone would go flying off the wheel at any moment in the future. And according to popular belief, the wheel is run only by one section of the society a.k.a women.

With the rise of the #MeToo and #TimesUp movements in recent years and the evolving #MeTooIndia movement, there is an alternative rising, and maybe at an even stronger momentum. The #Shetoo movement in India, which is discretely underlined with misogyny more than anything else. Men are coming forward in hundreds & thousands to condemn the movement and more shockingly, to demand their own commission protecting men’s rights.

Before I get into those details, let me start by saying that, the #MeToo movement was never about gender.

In the beginning, it was only about people coming forward, sharing individual stories of abuse. Although started with females at the forefront, there were multiple stories and accounts we saw that involved men coming out and sharing their experiences, some of whom still continue to share their stories.

Although it was a professional hazard, I found myself seeing through my first marathon ever. Running for a cause was great motivation in itself. As a charity partner for the event, I and my colleagues reigned to gather all our supporters and volunteers to come out and run the Airtel Delhi Half Marathon to enable quality education of underprivileged children as part of the E and H Foundation. It was a two-month long struggle to mobilize these people and raise supporters for such a grave crisis.

I’ve learnt quite a bit in my crowdfunding, development sector experience in the last four months. Events are a great way to network and raise awareness for your cause. And yes, we did gather around 50 supporters to come out on a smoggy, warm Sunday morning. It feels great when people come together, physically, to support a cause. In our case, it gave everyone a much-needed purpose to rage on the laziest day of the week.

Aghast, everyone at ADHM was not even half as successful as this one particular group of people. It consisted mostly of men and a handful of two or three women advocating majorly for Men’s Rights. There were almost close to a group of 100 people associated with the cause and practically, could be spotted through the race track.

I was quite intrigued, impressed and at the same time, extremely repulsed with this group.

Although, I must admit, It was a great strategy to pick the Great Delhi Run, a race category with the maximum crowd to reiterate the issues of Men’s Right in the growing world of me too and insecure gender politics.

The Power of Anti-Heroes and Shocking Symbols

In almost a reflex, I stopped a man and asked him, “So, you support Trump?”.

“So, you think he will change the world?”

“Yes, I do”, with conviction he replied. Almost as if he was trained in that response. Maybe they even have posters of the POTUS in their office. Not sure. But he IS their role model.

At this point, I was blown away. I was wondering if these people wanted their rights or their power back? Advocating for a men’s commission while carrying a wounded 6 ft figure of a man almost murdered with arrows

Carrying a crucified styled idol of a man while demanding for ‘PurushAayog’ is a contradiction in itself.

The Vicious Cycle of Gender Wars

The fact that this particular group of people gained such high levels of traction and coverage during the event, highlights a Hobbesian approach to all humans beings.

Thomas Hobbes believed that the natural condition of mankind is that of warfare. Like Newton’s Final law, of every action having an equal and opposite reaction. This gender opposition never seems to end though. Organizations such as Save India Foundation, who advocate for men’s rights and a men’s commision mainly working on cases of male suicides and fake dowry.

This was hard to fathom from their anti-metoo and anti-feminist rally at the marathon as SIF was seen holding anti-metoo posters and shouting “Aaj ki Sweetu, Kal Ki MeToo”

At ADHM, these were people who believe ‘feminism leads to retardation’ (See tweet below)

Such bias which sees women as victims and men as oppressors and vice versa is often met with anger, rage and hatred towards the other gender. These were people who believed #MeToo was a case of cyber lynching and nothing else. And although, by now we all understand the difference between coming out (anonymously) and releasing an actual statement. In retrospect, the movement has sparked a lot of hate and support at the same time. We are now also witnessing anti-meToo rallys in India

People are threatened with developments that favours the ‘others’, whether it is women coming out and speaking up against harassers, abusers or rapists after literally decades or India recognizing the rights of LGBT, minority groups are gaining recognition in the 21st century.

And as these groups gain visibility, voice and rights, the fabric of power politics is threatened. Especially of a matriarchal society.

We are now breaking the status quo for people who have abused their power for years and years. There is actually no space or tolerance anymore for men who have abused and assaulted women or who got away with their horrendous acts in the name of “Indian culture”. Or women who have done the same. Let’s understand the difference between rights and gender bashing and in my opinion, support more universal causes like climate change, which affects all genders.

Aristotle said that man is either a political animal (the natural state) or an outcast like a “bird which flies alone”. As outcasted birds realise they aren’t alone, it’s hard for some animals to not want to break their newly acquired wings.