Khalistanis are against the Tenth Guru’s Final Ordain 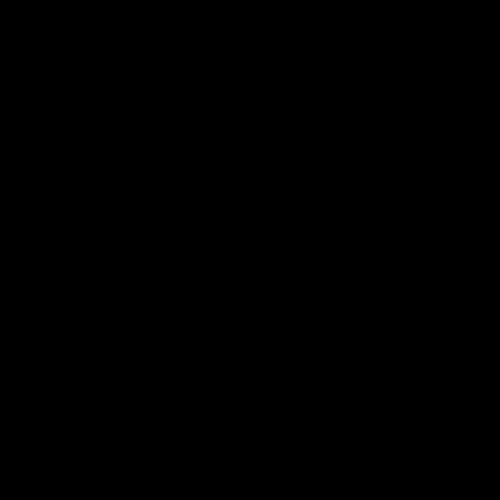 A vicious propaganda is being run by the Khalistani terrorists through front organisations like Sikhs for Justice in Canada, UK and India as a precursor to the so-called Khalistan Referendum 2020. Sikhs all over the world are being called upon to vote for a separate state carved out of India.

But what is NOT usual is firstly, the recent revelation about a Colonel of Pakistan’s ISI being specifically deputed to run this campaign in Canada where a lot of Khalistani terrorists have asylum. Secondly, the aggressive courting of Khalistanis by Leftist parties desperate for power (like AAP). Thirdly, the Delhi Government’s recent quiet passage of the Anand Marriage Act for separate registration of Sikh marriages, thereby formally acknowledging that Sikhism has nothing to do with Hinduism- its fountainhead. And lastly, a very disturbing aspect, the silence- even ambivalence – of educated Sikhs. A sustained Leftist media campaign duly supported by foreign agencies has created an artificial narrative of Hindu- majoritism amongst these Sikhs.

Deepening of this cleavage will create just one more fault-line in the Indian sub-continent for anti-India powers to use. Hindus and Sikhs are a deeply intermeshed, intermarried and interdependent facet of North India. While “Waheguru” is mentioned only 17 times, the word Ram is used hundreds of times in the Guru Granth Saheb (which is the final guru). We all know how Pakistan’s ISI (with CIA money) created Sikh Militancy and Terrorism in the 1980s. We all know how two motivated Sikhs- General Brar and IG KPS Gill, tackled them with an iron hand to save further genocide of non-supporting Sikhs and non-Sikhs in Punjab.

We know how the Khalistanis played havoc with India by triggering the anti-sikh riots through assassination of a PM. Since separation only benefits the politicians and religious heads, the way forward for us peace loving citizens is to merge. The biggest irony is that while the epicenter of Sikhism (Punjab) is slowly demilitarizing (i.e. removing their visible symbols of difference) and merging back into the Indian mainstream, it is the Sikhs outside Punjab (i.e. Chandigarh, J&K, abroad) who are trying to maintain status quo.

Bhai Gurdas, the original scribe of the Guru Granth Sahib, has laid out the characteristics of a Sikh in the verse Gursikhi di eh hi Nishani. The Sikh is to be like water; pure, clean, calm and humble. Like water he should adapt to his environment– warm under the Sun, cool in the shade. And like water, which puts out a fire even when boiling, he should direct his anger or response to only fight injustice. The martyrdom of the Fifth Guru, Guru Arjun Dev, at the hands of the Mughal Jahangir, set the stage for this gradual “heating-up” of Sikhs with the Tenth Guru, Guru Govind Singh, laying down a separate Sikh identity to militarize the peaceful Hindus of Punjab and countering the atrocities of the Afghans, Turks and Mughals. At a time when the Rajput and Jat resistance was crumbling after centuries of conflict and the region was well on its way to full conversion into Islam under the sword, Sikhism rose.

The Sikhs have often been victims of hate crimes in US and UK by people against Islamists due to misunderstanding. Though created to counter it, the identity of Sikhism itself was influenced by Islamic symbols– growing of the beard to project an equally menacing visage, military accouterments including a turban over long hair to protect the fighter from blows to the head, Kara – an iron bracelet- on the arms for blocking an attack with the covered arm during combat, and a Kirpan for self defence not unlike the Arab scimitar. Both the religions reject idol worship. The dome of a Gurudwara- the Sikh’s temple- is rounded like a mosque but striped like a Hindu temple.

More contemporarily, Sikh means a disciple, or student; so does Talib, from which Taliban is derived. Both consider themselves as warriors of God– hence the martial traditions. And since the most visible facets of a devout Sikh are his turban and beard, easily confused with that of an Islamic cleric– or Osama Bin Laden and his Taliban/ Al Qaeda operatives, Sikhs remain affected by the Islamophobia abroad. The similarity ends here, however. The Sikhs were a reaction, akin to Europe’s Crusaders, sworn to protect Indians from Turkis, or Islamic invaders.

But today, in democratic India, or elsewhere, the cool shade of peace and democracy, access to legal justice, and equal career opportunity is onto the Sikhs. The battle against injustice is fought with guns and protective armour, not swords and turbans. Isn’t it time to de-militarise then? To adapt, to “cool down like water” and to merge back in the mainstream by losing the visible symbols of Sikhism no longer required now– the long hair, beard, turban, kirpan, kara? And just retain the beautiful melody and timeless wisdom of Gurbani?

Isn’t this what the Tenth Guru meant when he decreed that the Guru Granth Sahib, the holy book, would be the Final Guru henceforth, not him? Hindus and Sikhs have always had what is termed as Roti Beti di Sanj – eat together and intermarry, as the first guru who was born in a Hindu Mehta family followed. As a Sikh married to a Hindu woman with a sister married to a Hindu husband, I do believe so.