India Aspires by Nitin Gadkari: A work-in-progress vision document for the BJP 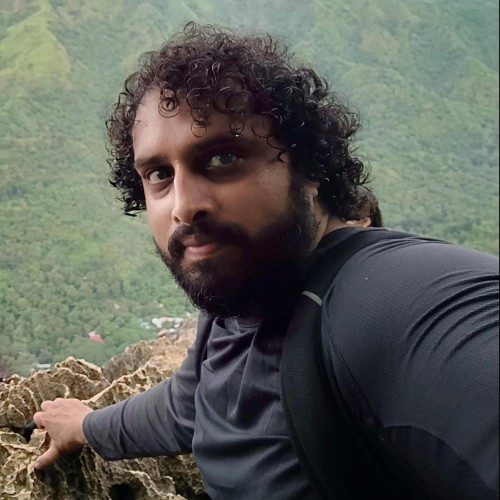 Virag Padalkarhttp://www.virag.in
Virag Padalkar is a project management consultant by profession. He spends his spare time trekking in the Sahyadri mountains.

At the outset, Mr Gadkari seeks to clarify that he is neither an author nor an erudite scholar. His intention in writing this book is to bring to the fore the simple fact that one needs to be neither to make a difference. As he rightly points out, during UPA-1 and UPA-2, the economy was mismanaged by an otherwise highly educated economist with a PhD from Oxford University. To be a bit cheeky, when it comes to policy implementation, erudition is no guarantee of execution.

With that cleared and settled, Mr Gadkari dives into a short history lesson to give us a brief idea of how we’ve ended up where we are. Bear in mind, that this book was published one year before the 2014 Lok Sabha elections, so there’s visible angst while giving us this history lesson. Mr Gadkari makes two important points:

1. The BJP is a party with a difference because it is currently one of the very few political organizations that can boast of a meritocratic setup. Mr. Gadkari gives his own example to prove this point and also illustrates its history where disparate individuals not related to each other or not part of a family have led the party in various critical roles. In comparison are the family-ruled parties where power passes from father/mother to son/daughter like clockwork. From SP in Uttar Pradesh to NCP in Maharashtra, political parties have turned into family-owned businesses.

2. Nehruvian Socialism and the resultant mess it created viz the “Permit Raj” set us back a few decades. Mr Gadkari draws a parallel with China and showcases how their move to an open market put them definitively ahead of us. A very avoidable story which we belatedly realized in 1991 when crisis came knocking at our door. Another byproduct of Nehruvian economics was the skewed development it led to. Large investments in big industries like steel plants at the cost of rural development which could be more inclusive. We are still to fully recover from this. The way forward according to Mr Gadkari is a liberal non-interventionist market economy where government plays the role of a safeguard against exploitation and provides a framework for healthy competition. Nothing more and nothing less.

With the history lesson completed, Mr Gadkari gets down to business. Diving into the travails of rural India, Mr. Gadkari lays out the core issues that plague farmers- misappropriation of funds and lack of irrigation. The first creates indebted farmers by denying them cheap finance and denying them relief, the second prevents them from coming out of debt. It’s like a pincer movement and the examples are painful to read about.

Post 2014, one can see traction on the first through schemes like Aadhar and direct benefit transfers. For the second, Mr Gadkari gives the example of cotton production in Gujarat vs the cotton production in Maharashtra. Due to systematic irrigation and government support, the volume of cotton produced near Rajkot is thrice the volume of cotton produced from the same area in the Vidarbha region. He also speaks of how river-inter linking can prove to be a solution for irrigation problems across India. But beyond government programs, Mr Gadkari’s call is to individuals and how they can use innovative farming techniques to bolster their own profits and also generate employment.

Since Mr Gadkari’s specific area of interest is infrastructure development, a large chunk of the book is devoted to studying the benefits of infrastructure development using the Mumbai-Pune Expressway and Mumbai as a case study. To begin with however, Mr Gadkari speaks of how the PPP/BOT model can help make development more inclusive. An interesting example he gives is that of hospitals. It is well known that doctors don’t like secondment / assignment to small cities. To counter this, Mr Gadkari suggests doling out incentives to hospitals should they set up shop in a rural area and if they reserve a certain amount of their resources and efforts to treating under privileged patients. With examples like these, Mr Gadkari lays out a very important principle – that social responsibility, corporate profits and governmental programmes for inclusive development can go hand in hand.

They need not be contradictory concepts. Through the medium of PPPs (Public Private Partnerships), non-governmental entities can fulfill government’s agenda and at the same time earn a profit. In fact, if one reads through Mr Gadkari’s examples for proposed PPP initiatives in agriculture and health-care, one will realise that the type of partnership and benefit can be modified to suit the situation, the industry and the purpose for which said partnership is undertaken. This opens up a broad area of possibilities in areas hitherto untouched by the hand of development. In fact, post 2014; one can see some of these examples being put into action – from healthcare schemes like Ayushman to affordable housing to railway infrastructure development to sewege treatment facilities, PPPs are being utilized in more and more areas to bring in inclusive development.

The rest of the chapters give a very interesting insight into the BJPs agenda of liberalized market economics (with a heavy undercurrent of incentivized inclusive development) put into print as a wishlist in this book since they weren’t then in power. For example, Mr Gadkari speaks of biofuel and how its usage can solve multiple problems right from reducing crude oil import prices to alleviation of farmer’s poverty. Brazil is cited as a case study. At the time of writing this book, it was mandatory that fuel contain between 18% – 22% ethanol. Today, the Brazilian government has raised that range to 25% – 27%. Ethanol is produced from sugarcane and India can largely do a “lift and shift” to this model. Furthermore, car manufacturers do not need to change their assembly lines for this. Only a minor modification is required. In fact, Brazilian car manufacturers today sell “flex” vehicles that can use any proportion of ethanol mixed with petrol (what they call gasoline). Assuming even a 20% cap in ethanol blends, India can reduce its crude oil import bill by 20%. As of 2017, that’s a saving of around INR 95000 crores. In fact, in May 2018, the government of India approved a national policy of biofuel usage in India which allows sugarcane to be used for ethanol production.

Another example Mr Gadkari gives is that of Husk Power Systems, a small startup founded by four youngsters in Bihar with the aim of generating electricity from rice husk. Today Husk Power Systems managed to raise USD 20 million in equity funding. HPS has since then, developed a proprietary system by combining and synchronising solar power system (PV), biomass gasification systems and batteries to deliver reliable, 24×7 power. It offers customers a flexible “pay-as-you-go” energy service, using a mobile-enabled smart metering system. An inspiring example of innovation in action. Using these examples and a heavy dose of statistics to back his claims, Mr Gadkari then takes each case study to its logical conclusion by suggesting the next step of development. For example, once we use unconventional means of electricity generation to become a surplus producer, what stops us from implementing a country-wide network of electric charging stations for cars?

Of course, no BJP leader will complete a book on development without special mention of Gujarat. Mr Gadkari too proudly delves into Mr Modi’s track record of governance initiatives from solar power generation in Patan to “Swagat” which is an e-governance portal to HMIS which is a healthcare information management system. Along with this, there are case studies of other BJP-led governments and their achievements like the implementation of a digitized public distribution system in Chattisgarh.

One is left with the feeling that the book is a work-in-progress vision document for the BJP. The Modi government has undertaken action on many of the points that Mr Gadkari has mentioned in this book (infrastructure development, waterways, airports and regional connectivity schemes etc). Many are yet to commence and groundwork is being done (like Ayushman Healthcare or the Sagarmala project or the inter-linking of rivers). But what’s important is that the book attempts to move political discourse forward by not talking of community-linked politics and speaking instead of reclaiming India’s place of prominence at the global table. Mr Gadkari leaves us with the question of where India should be in 2025. Still mired in angst-ridden politics of want and need or striving towards a plentiful future where the government partners with private enterprise to foster prosperity for all. Simply put, towards politics of development.

Virag Padalkarhttp://www.virag.in
Virag Padalkar is a project management consultant by profession. He spends his spare time trekking in the Sahyadri mountains.