Before even the dust that was spattered from the horrific baby-selling scandal of Missionaries of Charity was settled, another heinous crime of ‘crime confessions’ in the Churches’ has tumbled several skeletons from the cupboards of the Churches in Kerala, recently. A recent plea put forth by the NCW (National Commission for Woman) to ban the ritual of ‘confessions’ before the Christian priests inside the Churches, has become the hot talk of the nation.

“The National Commission for Women (NCW) has recommended abolishing the practice of “confessions” in churches as it can lead to the blackmailing of women. A central agency also needs to do a proper investigation into the increasing incidents of rape and sexual assaults in churches of Kerala, NCW chairperson Rekha Sharma’ said.

‘The recommendation, based on an investigation conducted by the NCW into two sex scandals, one involving four priests of Malankara Orthodox Syrian Church and the second the Roman Catholic Bishop of Jalandhar Diocese, was made in a report which was submitted to Union home minister Rajnath Singh.

What she expressed was a plain truth. She has only reported the secretive affairs in the closed doors of Churches across India. Acts of sexual harassment, molestations, rapes, and nymphomania have been on the rise in the Churches across India in recent times. This is what even our Hon’ble CJI has recently expressed his concern with anguish.

It all began when 4 priests misused the ‘secret confessions’ of a married woman, a mother of two kids of the church by blackmailing her for more sexual favours. So, this has become ‘Sex for silence’ scandal. Out of 4 priests, now two of them were arrested and released on bail when their Anticipatory bail pleas were rejected. Another two Priests have reportedly approached the Supreme Court for relief. Also, one of the priests of Malankara Orthodox Syrian Church Father James Erthayil was caught red-handed in a sting as his voice got recorded by the accused. This has come out more of a shocking. In the Telephonic conversation, the Priest had with the woman, he was heard making all efforts to pacify the victim woman, by offering land, cash house etc to silence the victim.

The destiny is such, the same priests who called the victim woman earlier and sought sexual favours by blackmailing the victim with her earlier ‘confession’ given to the priest. The hapless meek victim succumbed to his threats and the scandal was going on. The scandal came to light accidentally when the victim’s husband chanced to peep into her email account, where he found hotel bills attached to the mail. A couple of audio recordings were being circulated on Social Media now.

What the man (the husband of the victim) has said to the media is like the truth from the horse mouth.

“Before our marriage, my wife was sexually abused by a priest and he continued to blackmail her even after that. She was upset and confessed her ordeal to another priest. He made sexual advancements and threatened he’ll reveal the confession details to me if she refused to cooperate. The priest also took pictures of them together and shared them with another priest who, in turn, threatened the pictures would be circulated if she failed to extend sexual favours to him as well. In due course, five to eight priests got involved with my wife,” the man said.

When this nasty scandal started engulfing the nation, predictably the much embarrassed ‘Minority Commission’ and Church authorities came out in defence of the Church and the Priests. Their audacity is so, they are now planning demonstrations against the NCW. As usual, our mainstream media (for whom such sex scandals in a Hindu Ashram would be a juicy affair) is putting their efforts to minimise the damage to the Church image. However the worry some aspect is the Minister of State for Electronics and Information Technology’ Alphons Kannanthanam defending the Confessions in the Churches. He further stated that the BJP Govt at the centre and the PM Modi would not intend to interfere in the Church practices. I wonder at first place how this particular Minister had to come forward to issue a statement on the issue? Just for the reason the Minister hails from Kerala and being a Christian, is he morally duty-bound to back up his community, Churches and defend its practices? Any statement on the issue should be issued by the PMO and concerned Ministry only. Alphons voluntary interference may put the Modi Government in embarrassment, as truly secular academics, columnists and myself may even dare to question this Government on its timid reaction to the whole issue when the same Government is vehemently taking a bold stand on ‘Triple Talaq’ and brought a legislation to end it?

I strongly support the NCW’s recommendations to abolish this un-constitutional ‘confession’ practice in the Churches, for the sake of ‘equality’. It is more puzzling, that those who are fighting for ‘gender equality’ before the Supreme Court, dragging the Hindus legitimate beliefs, are not only silent on the issue, but even supporting the Church, boldly.

One more aspect of these ‘confessions’ is, it’s questionable assent under our Constitution. Under section 108 of the Indian Penal Code, abetting is a crime and is punishable. ‘Abetting’ any crime is a punishable offence. The so-called ‘confession’ theatrics which are being passed in the Churches across India, is, in fact, running parallel to our Constitution under the very nose of the educated elites and liberals, under the apology of ‘religious’ beliefs and practices. It is not clear how many culprits who might have committed murders, rapes and robberies would have confessed before the priests and roaming scot-free, and furthermore encouraged to repeat such crimes time and again.

The government should act firmly keeping aside the fear of political backlash. 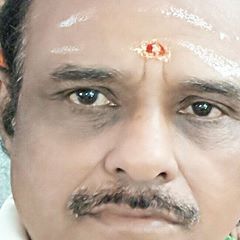