Delhi’s air pollution is linked to its political pollution

Air Pollution is not a complicated topic. The causes, the effects and the various ways to curtail it are well known. Fixing this issue is not rocket science. It is straightforward. Despite this, air is polluted and continues getting worse at an alarming rate. According to the report, ‘Body Burden 2015’ published by the Center of Science and Environment between, 10,000 and 30,000 people are killed annually due to pollution in our national capital. In addition to this, the city is once again crowned as the world’s most polluted city by WHO. Unless this is Delhi Government’s plan to curb population growth, there has to be a strategy already in place by now. Firecrackers burned during Diwali allegedly cause a lot of pollution and were banned last year. With the current rate of work, they would be banned this year as well.

The government is not required to accomplish everything by themselves. But it is their responsibility to drive such projects and see them through. Blaming others, neighbouring states, the central government, etc. is not at all a solution. How many times have we seen the Delhi’s Chief Minister communicate ways to reduce air pollution to the people of Delhi? In almost each of his interactions, he can be found hurling dirt on others. What is the Delhi Government’s plan or strategy to curb pollution? Banning things during the peak of a crisis is not a strategy at all. He is one of the most qualified politicians in India; he graduated from the elitist technical institutes in India and still has got no idea as to how to find the solution. Or maybe he knows exactly what to do but has no intentions to execute them because of his self-serving reasons.

There are thermal power plants inside the city premises which without create particulate matter without any checks. There are households in the city still relying on solid fuel to cook, generating unwanted particulate matters. Shouldn’t the government go for greener alternatives for power generation? Shouldn’t the government make an effort to connect all those households with LPG and PNGs? But wait! aren’t these Modi government’s flagship projects? The Modi Govt. is promoting solar power generation and LPG usage through various schemes like “Ujjwala Yojana” and so on. Solar power generation targets set by the government till the year 2022 were already surpassed recently. Projects like Eastern Peripheral Highway claim to reduce the number of vehicles entering Delhi by approximately 30% and as a result, reduce the pollution levels. The elephant in the room is “With all these projects in place, how would he claim the credit when pollution is actually reduced in Delhi? It does not matter if the city becomes a gas chamber, but the Delhi’s Chief Minister will not get involved in anything that will not benefit him politically.

Even if we assume that this is my paranoia speaking and ignore it for a moment, there are other serious issues with the AAP government that will not let them fix this pollution problem. Although coming from a different background and mindset, the Chief Minister has worked desperately hard and left no stone unturned to prove the fact that he and his government are not different from other regional parties and politicians. Even after three years, it is the same old rhetoric, wooing the voters by promising different freebies like 20,000 litres of free water every month, free WiFi, reduced electricity prices along with some indirect freebies like the door to door ration delivery. How do they manage free water or electricity is a different discussion. It looks as if they were planning on doing charity on someone else’s money( that may be the reason why he was so upset with Reliance). Or he was planning on taking huge loans (maybe that’s why he is always upset with the centre as they don’t approve of it) and leaving it bankrupt like Greece? Any politician who believes in these tactics for meeting short-term goals fail in bringing any sort of positive change to the society; as the change is always upsetting and difficult in the beginning. He is always reluctant in taking tough decisions because they upset some voters. Any action that would lead to people getting upset, the government would never execute it. And for controlling air pollution strict actions would definitely be required.

The other problem with his government is their style of politics. His brand of politics is primarily based on hatred and shifting blame to others. All his speeches, interviews are about complaining, blaming, giving excuses. In fact he spreads so much negativity and hatred that he became the most hated person in India. Are Delhi students only for cheap politics and protests? He kept everybody busy in useless Protests and “Dharnas”. The CM could have invited students(Masters & PhDs), researchers, professionals etc. for finding out permanent solutions to this problem. There are more than enough ways to counter pollution and use it as an opportunity to generate employment, promote startups and advertise himself. Please have a look at my article “ways to reduce pollution and create startup/employment opportunities“. But then there would be a scope of making errors. If something goes wrong people would make allegations. “To err is human”, there can be only one way of not making any mistake; “don’t do anything; no work no errors no mistakes”.   That is why he did nothing of that sort, why take a risk? but surprisingly he still got entangled in scams of different sorts.

Also, a leader is as good as its team, and when the leader is the Chief Minister of a state, his team is not only the elected MPs and MLAs but the people of the state as well.  The leader has to merely ask and ask sincerely. A leader asked, and people gave away their subsidies, the senior citizens gave away their discounts on train tickets. Indians are too emotionally attached to their leaders. Mr Kejriwal simply cannot work as a team. Most of his core team members have already left him. The recent standoff between the I.A.S. officials and him is a glaring proof of his poor leadership/team skills. There would always be different problems, if everything was so easy then anybody could run a government. Every state, every ministry has its own problems. If everyone starts giving excuses like he does, there would be absolutely no work. If the partial statehood is coming in the way, then on what grounds did he make so many promises before the election? Did he simply lie to the voters on their faces? A big Ego, an aggressive self-righteous attitude and arrogance were the only reasons why “Ravan” was defeated, otherwise, he was one of the most talented personalities in the Indian Epic “Ramayan”. I sincerely hope this time when I visit home, I am allowed to use firecrackers on Diwali. This is the only reason why I wrote this. 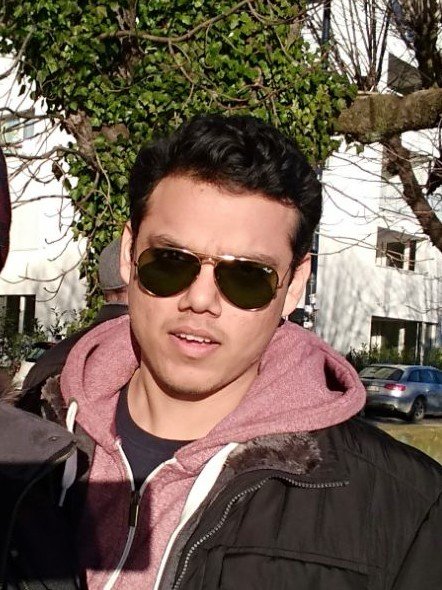